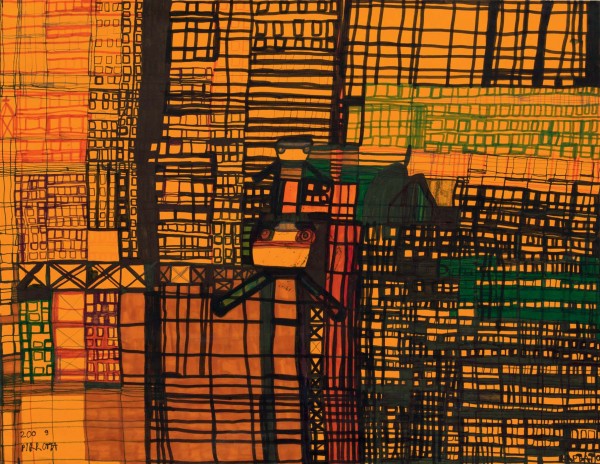 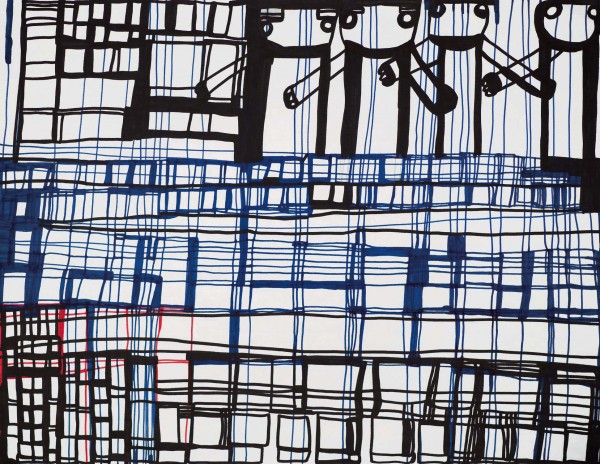 Gianluca Pirrotta grew up in Emilia-Romagna, where his family moved when he was still a child. He attended primary school without ever learning to read. His idols are the goalkeeper Gianluca Pagliuca and actor Sylvester Stallone. In 1999 he was admitted to the art studio Mano Libera in Capri, where he developed a passion for drawing, picking up the thread of a practice that was apparently very important in his childhood. He draws mostly figures he calls “friends” and incorporates them in a system of straight and geometric lines. In the art studio, he built a small table with stacks of magazines which he collects compulsively.