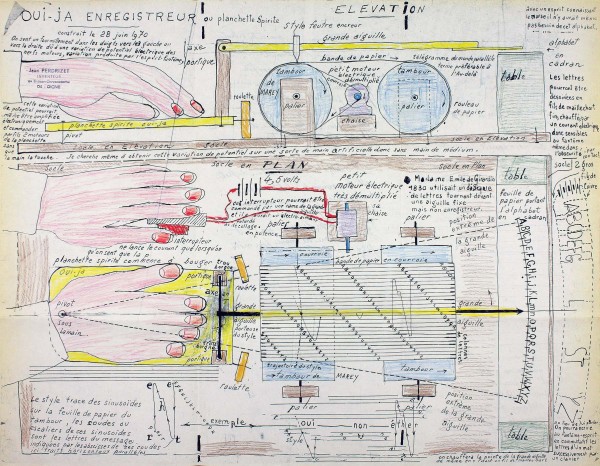 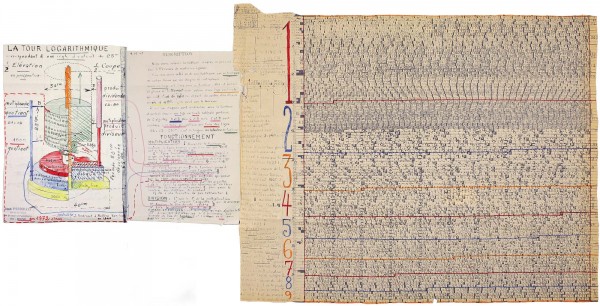 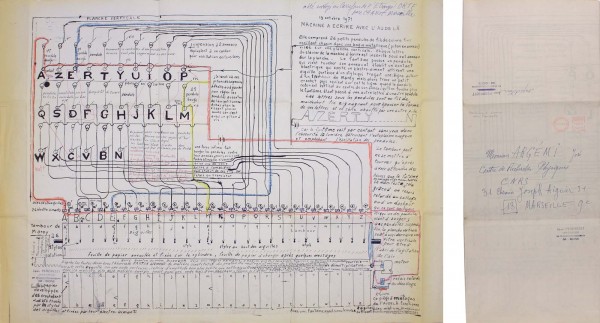 Coming from a family of teachers in Burgundy, Jean Perdrizet studied science and obtained a technical assistant degree in civil engineering. From 1934 to 1937 he was employed as a military engineer in Grenoble then at Électricité de France from 1944 to 1949. He was however forced to stop his professional activities for health reasons. Around 1955, still single, he followed his family to Digne-les-Bains. Calling himself “inventor,” from the early 1930s he created prototypes and machinery plans to contact ghosts or aliens: “Oui-ja électrique,” “machine à écrire avec l’au-delà,” “Robot cosmonaute,” etc. He also invented a universal language: “Language T.” He sent his works to NASA, CNRS and the Royal Swedish Academy of Sciences in the hope of receiving the Nobel Prize; they have caught the attention of some scientists, but also of those who refuse the omnipotence of rationalist thought.