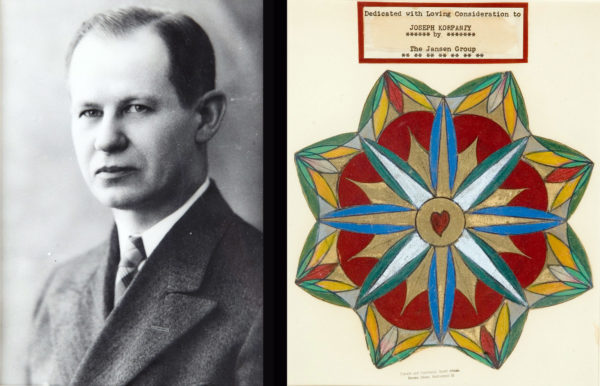 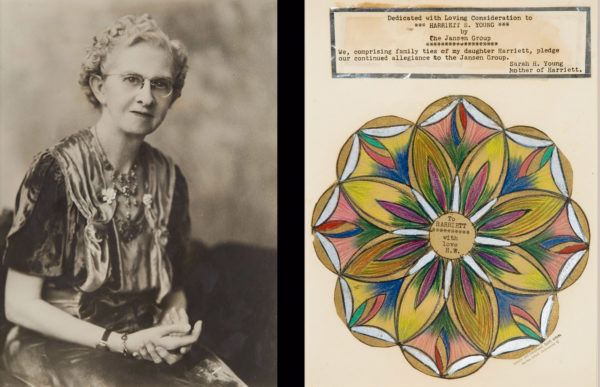 Norma Oliver was the adopted daughter of Helen Butler Wells, who founded a spiritual society called the Jansen Group. Wells communicated with the spirits of deceased famous people, such as Bishop Cornelius Jansen, Ralph Waldo Emerson, Pythagoras, the Native American chief Tecumseh, and a great number of other Native Americans, L as well as with visitors from Mars and Jupiter. I Norma Oliver was a member of the Jansen Group. Her most productive period of creation was between 1940 and 1960, during which she created sixteen notebooks of drawings filled with geometric motifs, medallions, and floral themes that represented “spiritual portraits” of members of the Jansen Group; some of them were paired with the subjects’ photographic portrait.