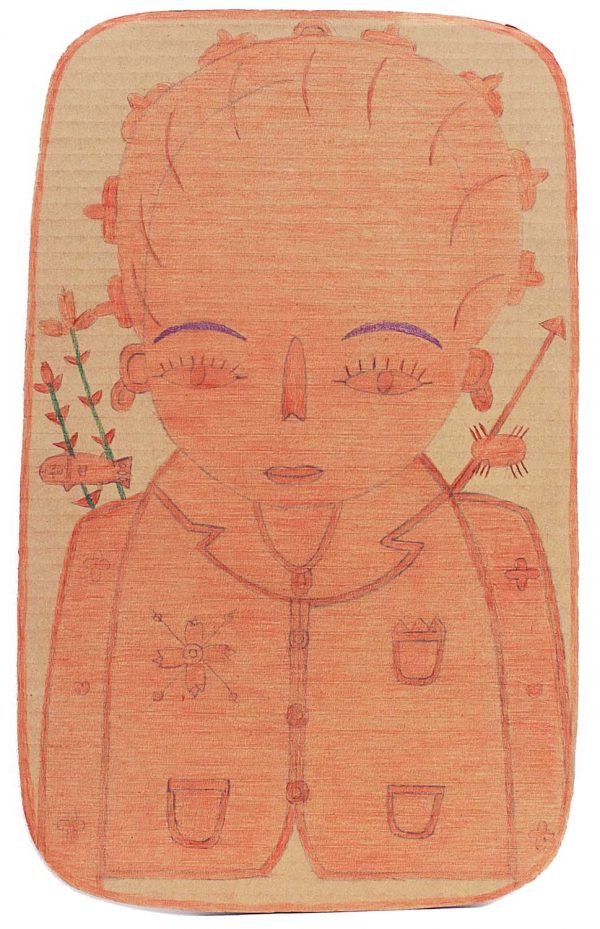 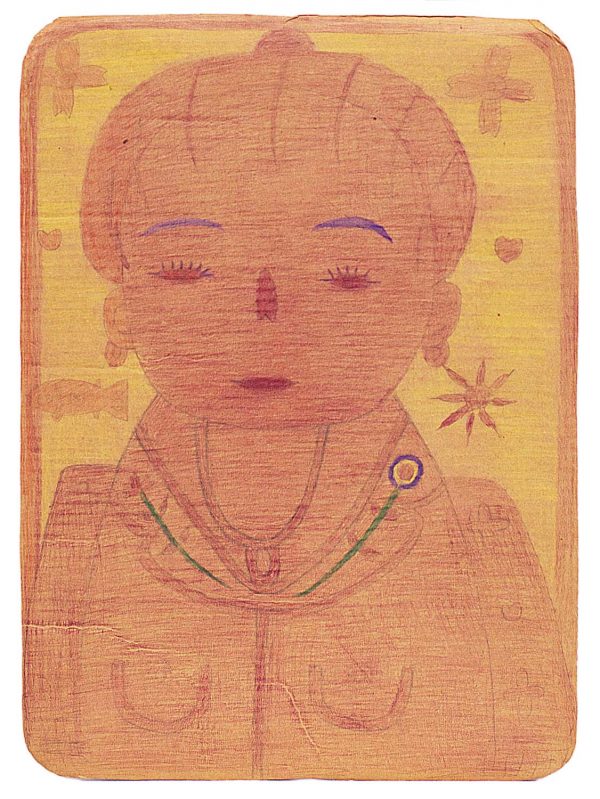 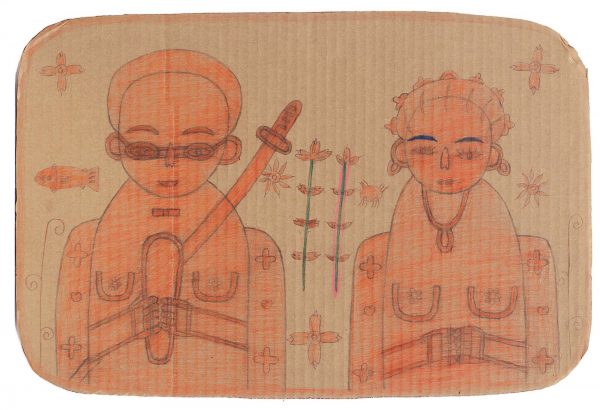 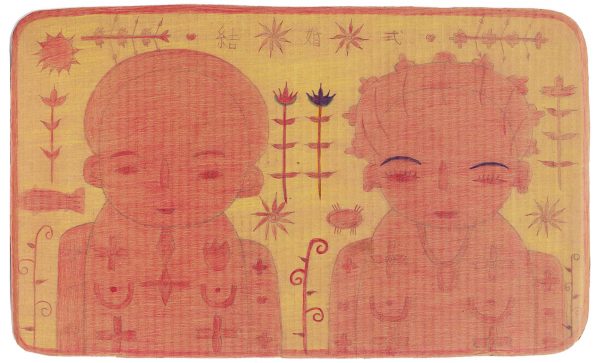 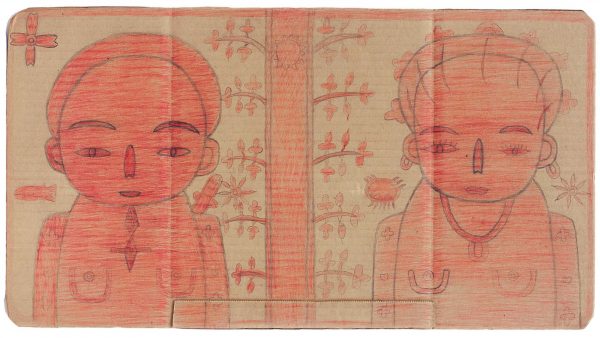 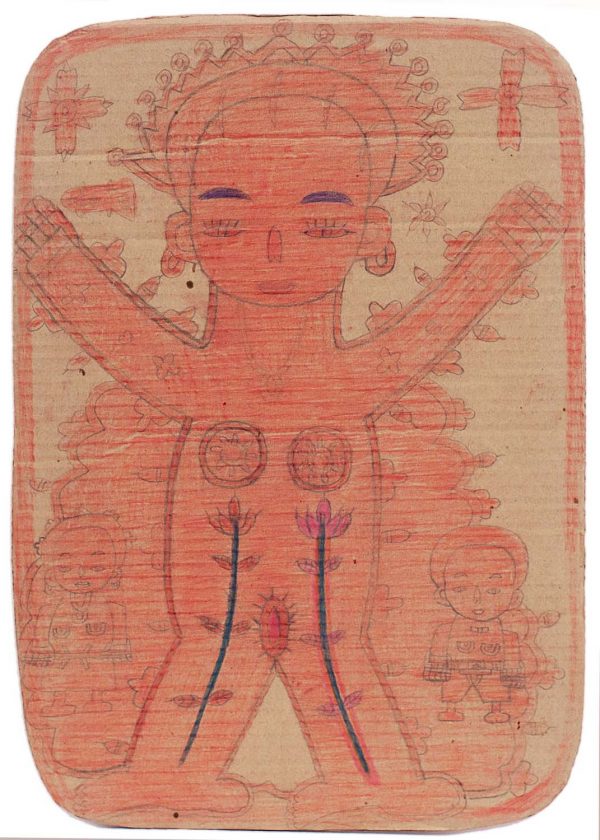 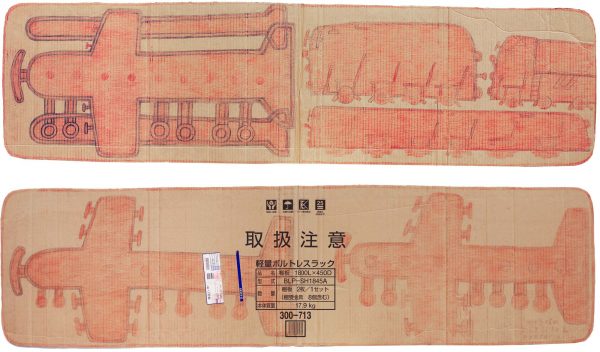 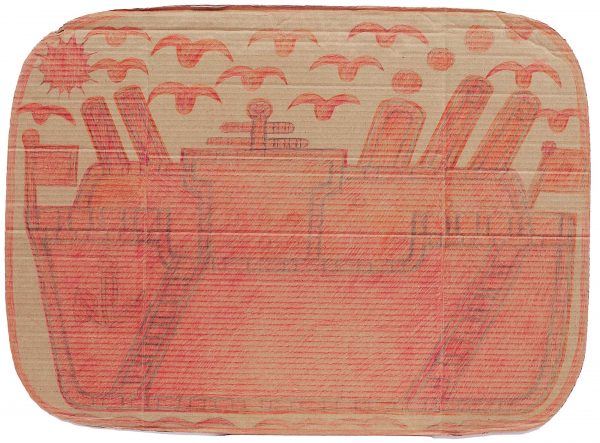 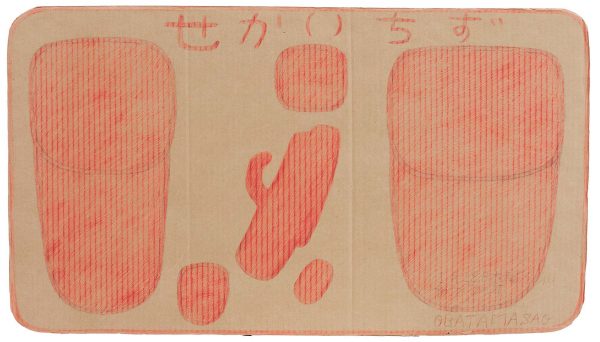 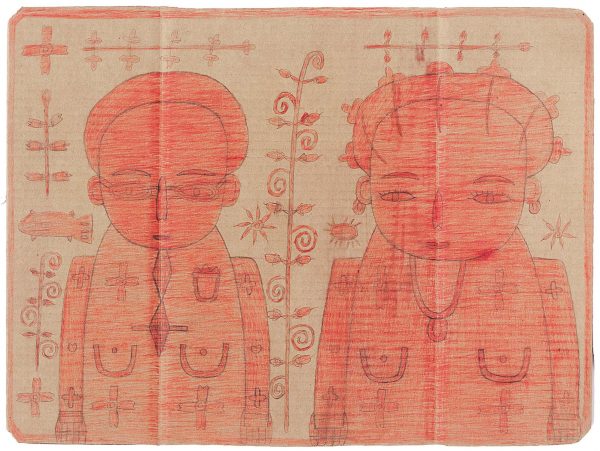 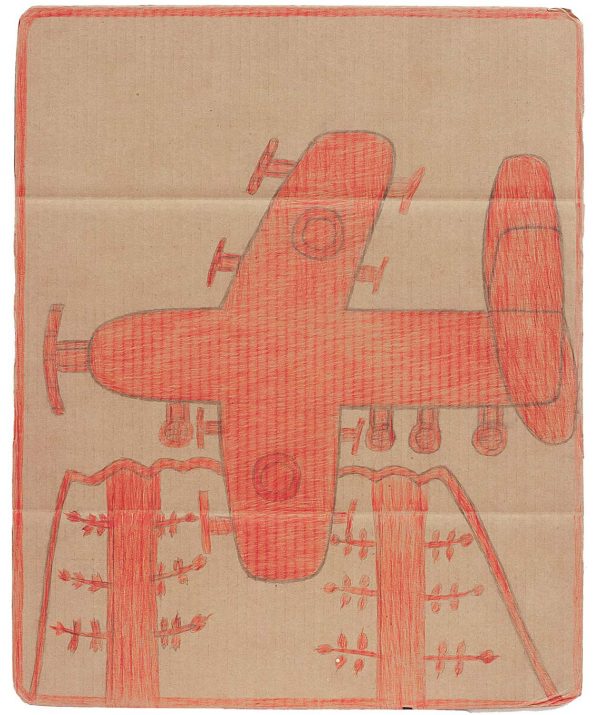 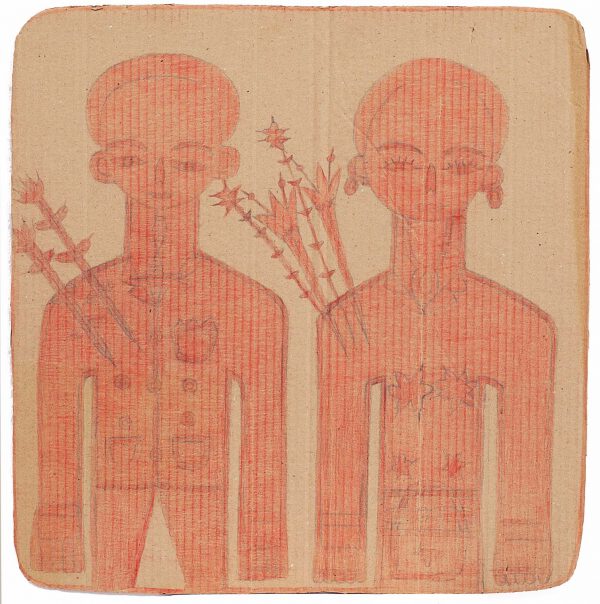 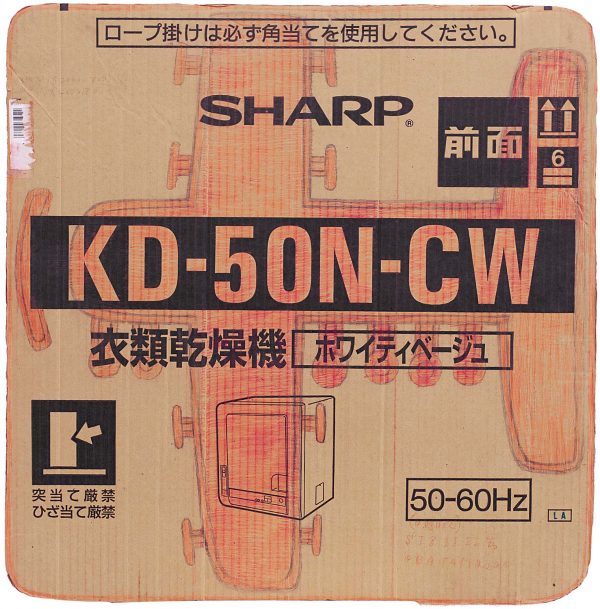 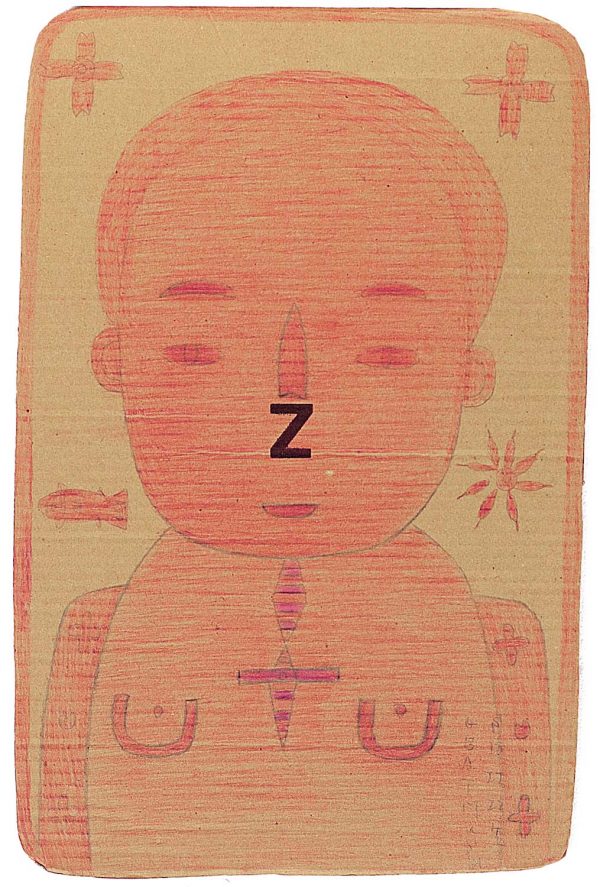 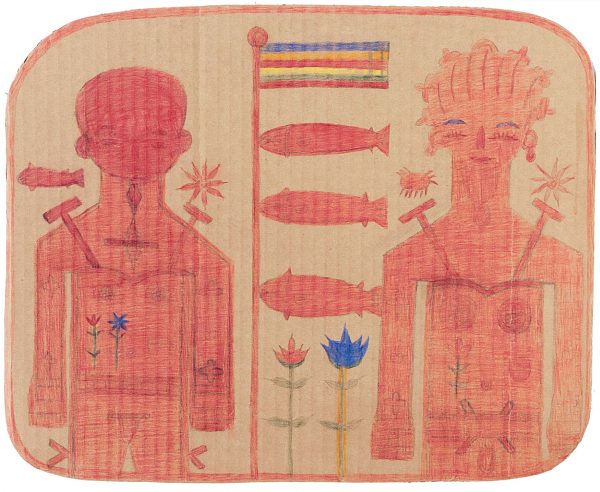 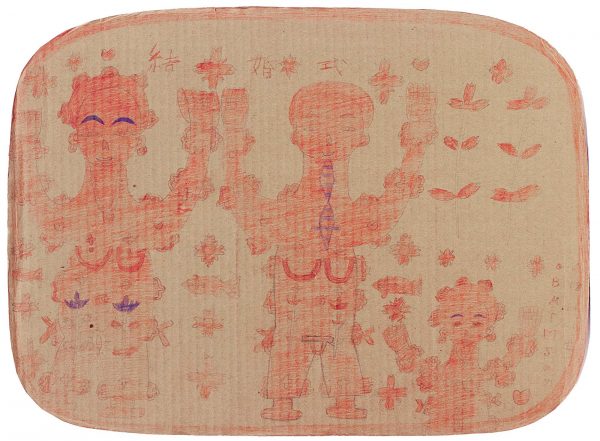 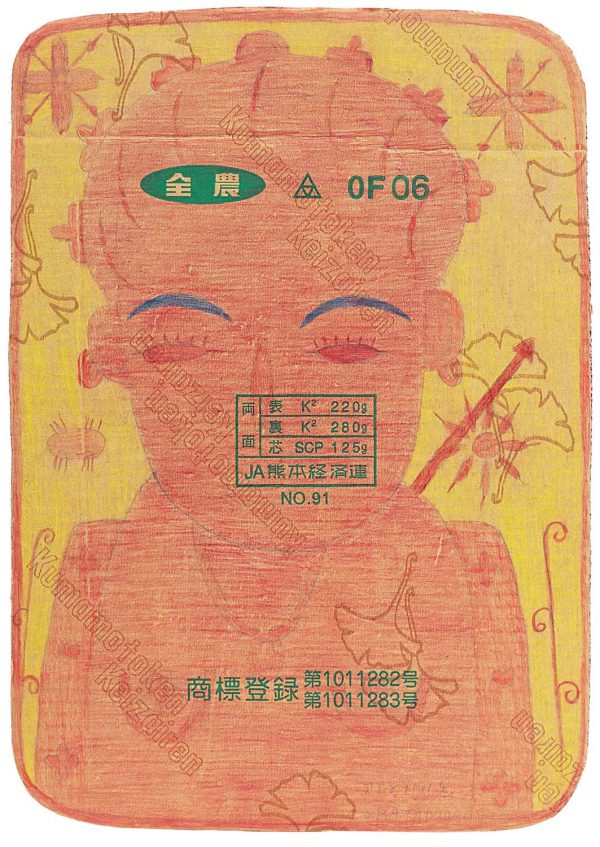 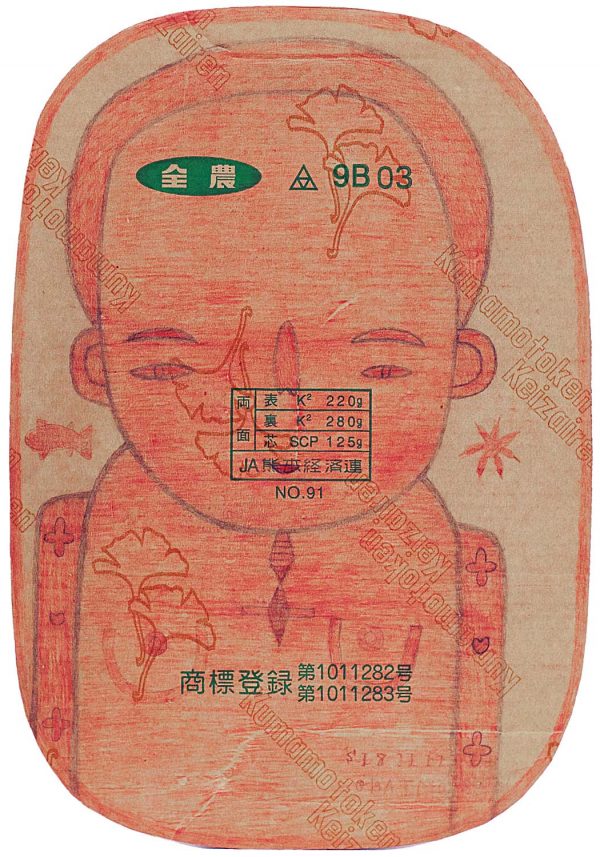 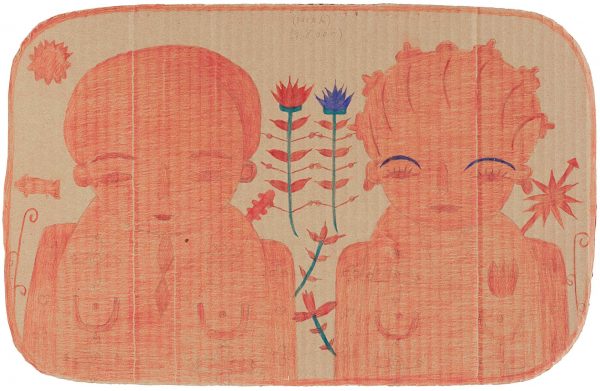 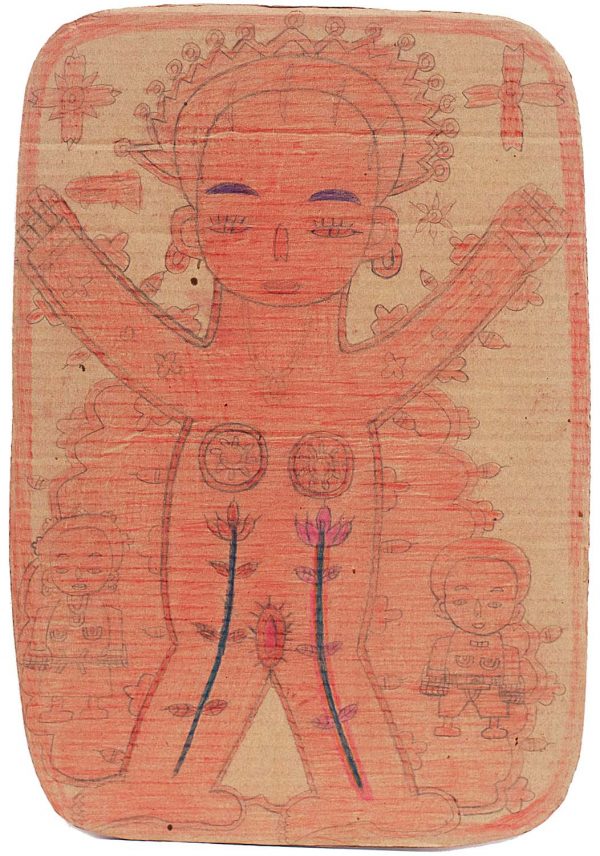 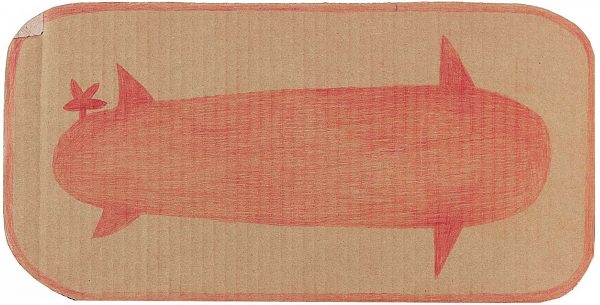 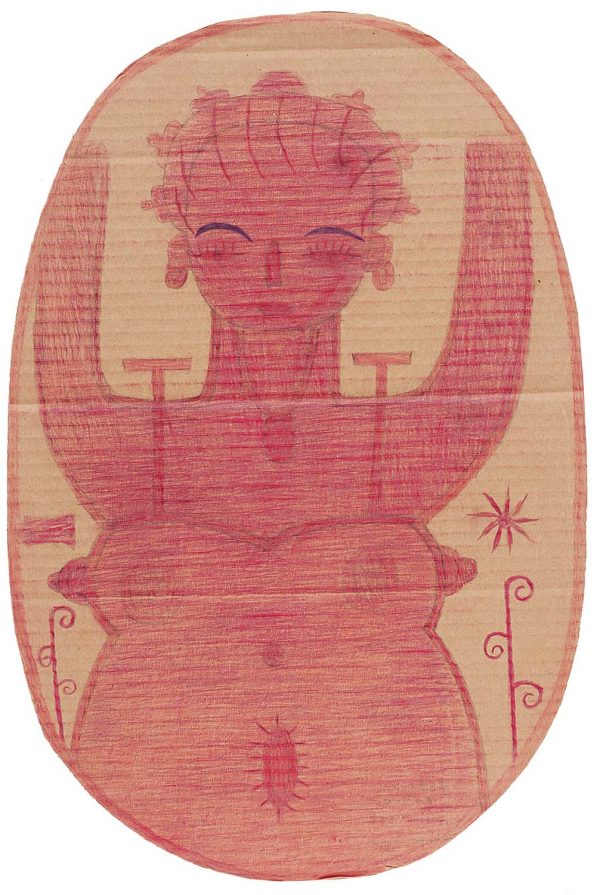 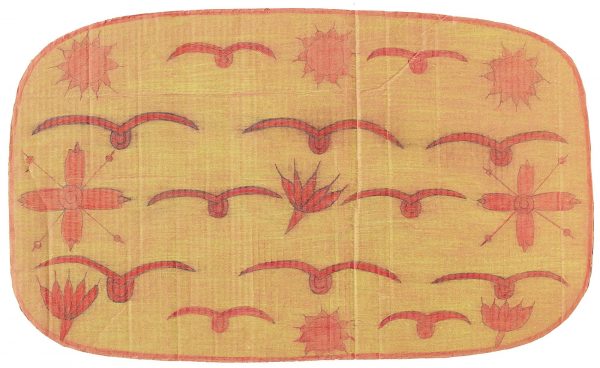 Masao Obata was born on a small sacred island in Hiroshima Bay. He was 2 years old at the time of the atomic explosion. After his parents’ divorce he was brought up by his mother. He lived from a number of small jobs that he had to stop because of mental problems. At the age of 31 he was hospitalized in a psychiatric hospital. After the death of his mother and after a long stay in this institution, he joined his father in Kobe. When the latter died Obata was again placed in a care center. While his life was punctuated by successive hospitalizations, Obata was also driven by the unwavering desire to draw. He worked on found cardboard, always in a red pencil. His work was discovered by the painter Kaji Higashiyama who presented it to the public. It is now kept in various public collections; fifty pieces have been donated to the abcd collection.

Masao Obata is one of the most important and popular figures of art brut in Japan. He began his work in 1989 when he joined the center for the mentally ill at Hifumien in Hyogo Prefecture. He used cardboard boxes that he cut to the desired size as a support for his drawing. He devoted all his time to drawing and his living space filled up very fast, to the point that he had to contort himself to find a place to sleep. Before 2000 he represented all kinds of themes (planes, trucks, ships, trains, bridges, everyday objects etc.) and little by little he devoted himself mainly to the representation of human figures, most often couples. He sometimes represents a man on the front and a woman on the back. When asked why he drew couples, he would reply, “Can a woman marry a woman? That would be difficult, wouldn’t it? For example, could they have a child together? That’s why there must be a man. There is a man and there is a woman. Isn’t that natural?” He opts for purity and iconic symmetry which seem to reflect his vision of the world.