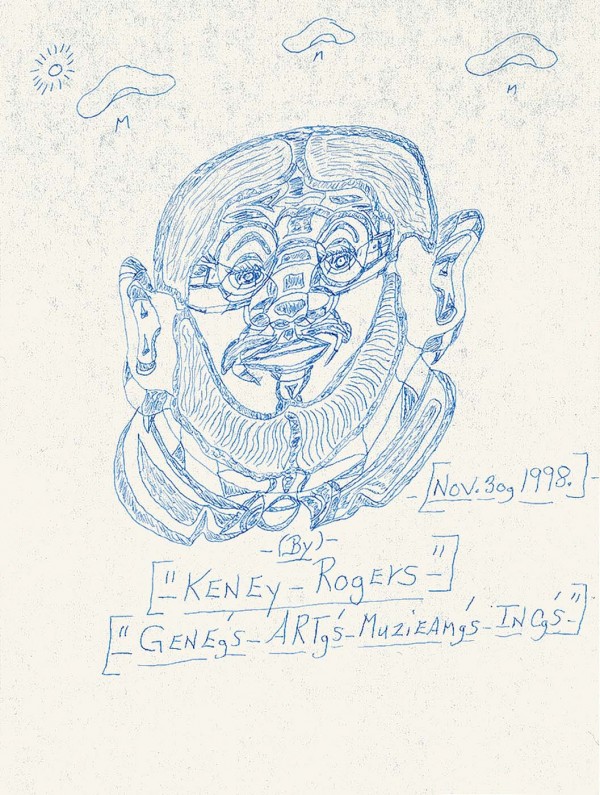 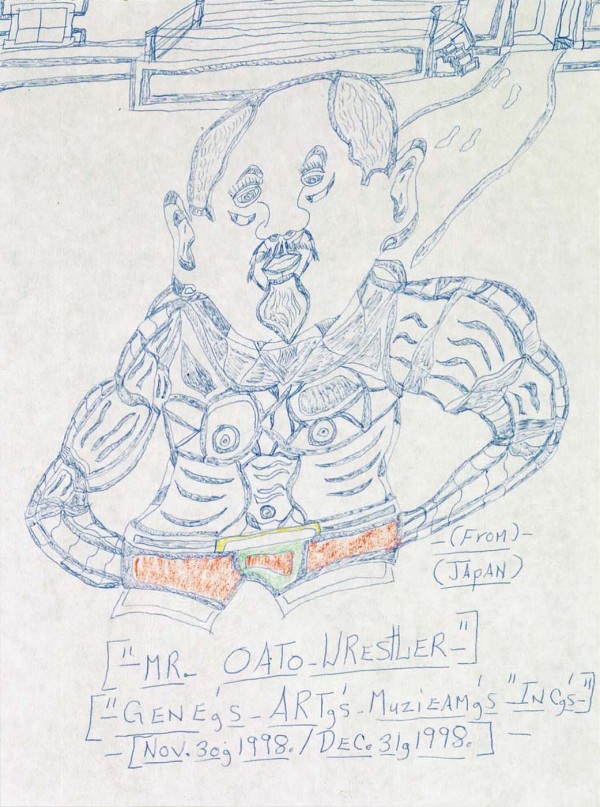 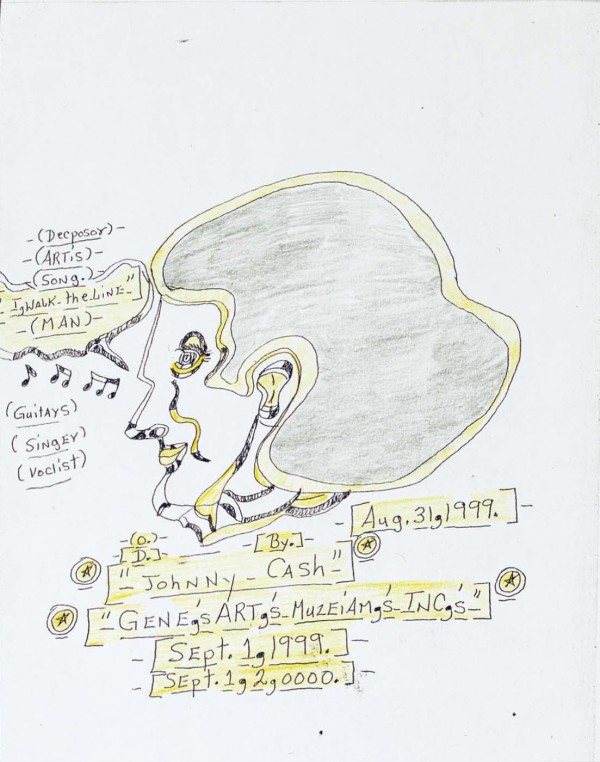 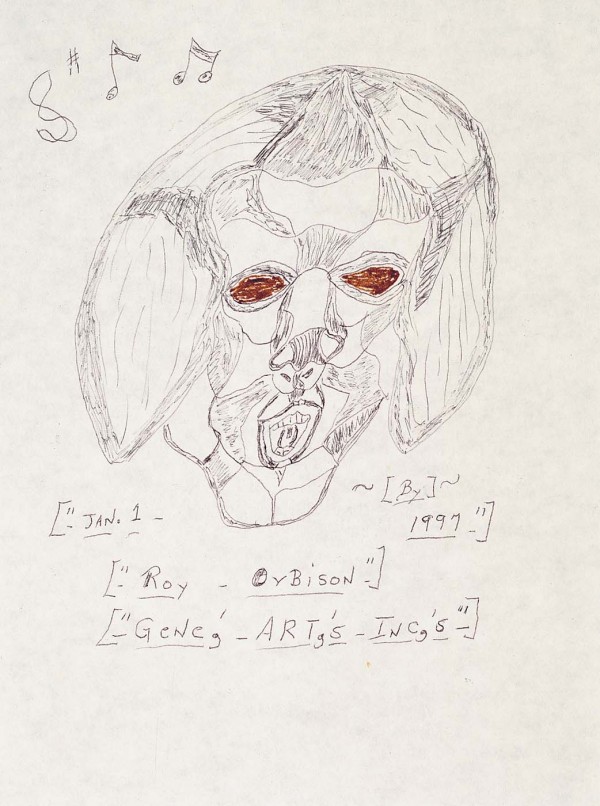 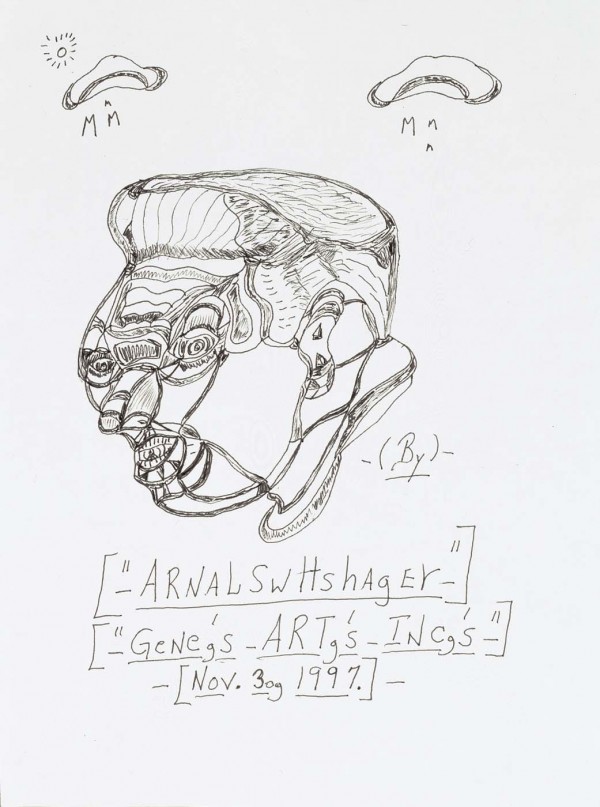 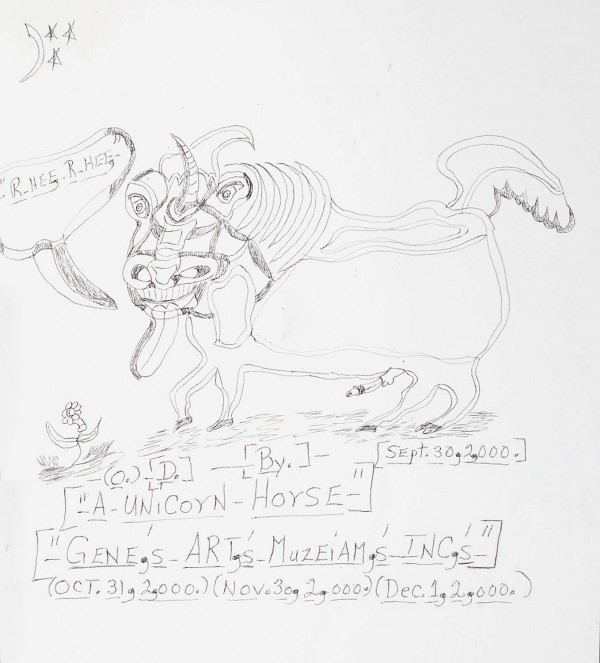 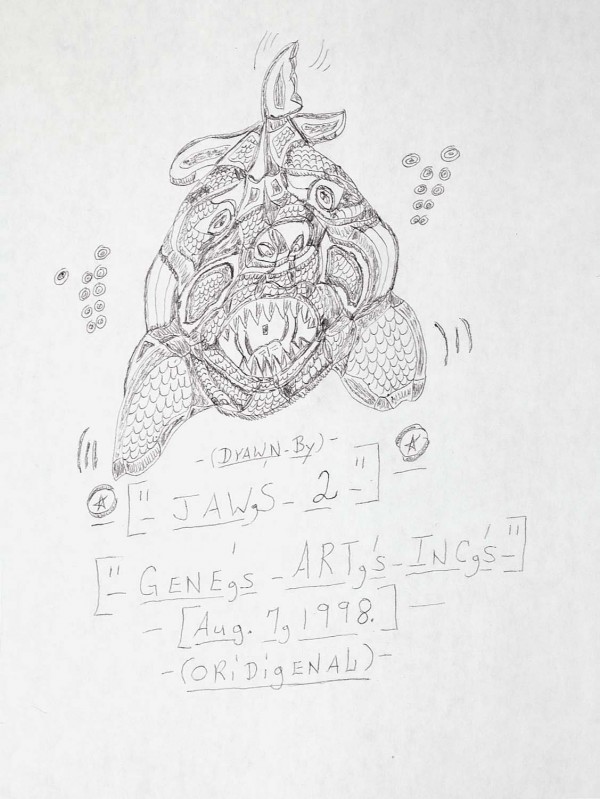 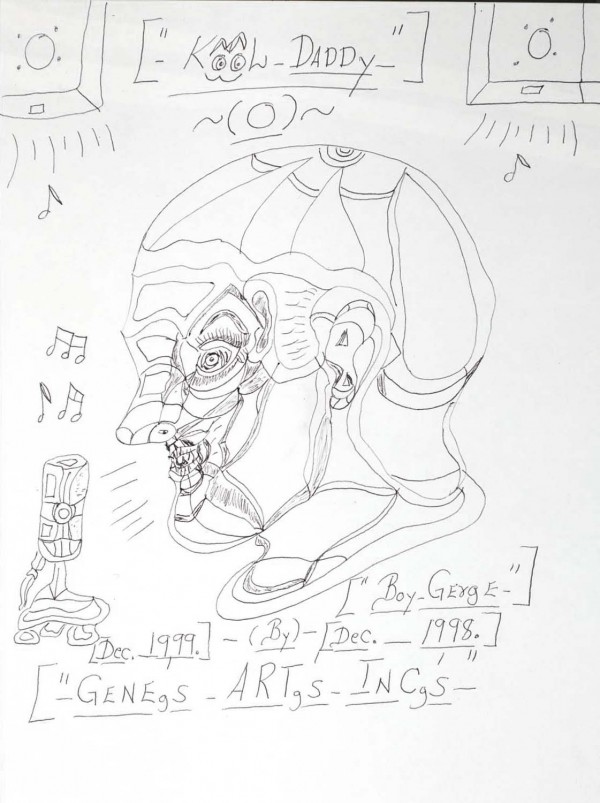 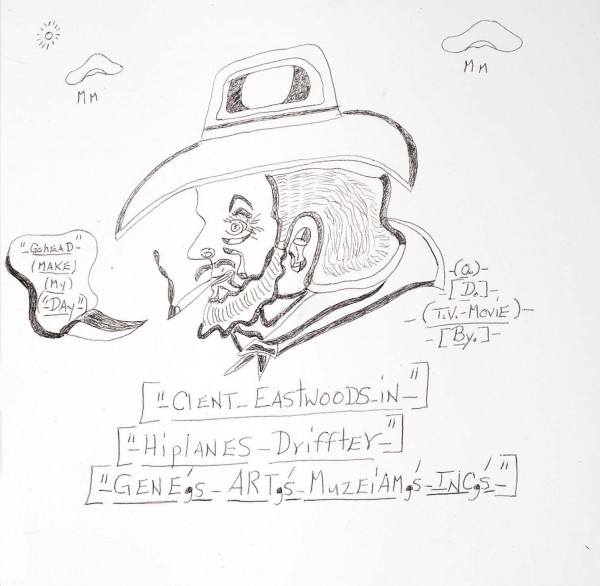 Gene Merritt was only twelve years old when his mother committed suicide. Unable to attend school, he survived from odd jobs and spent his evenings drinking with his father. When the father died in 1972, he lived in the care of social services, left for fifteen years in a foster family that let him slide into utter destitution. Around 1992, he began to draw. His favorite themes are movie stars, musicians and singers, whose faces are represented divided into segments, forming a sort of puzzle. He exchanged his drawings, which he called “paperworks” against a coffee or a meal. He spent the last years of his life in a house that was at his disposal thanks to a charitable organization and in which he was surrounded by two permanently lit TVs and a CB that he liked.