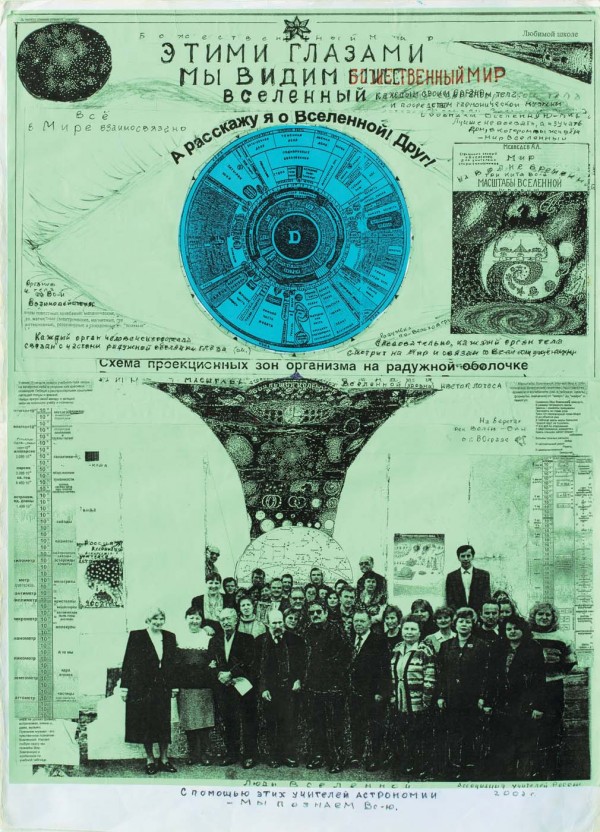 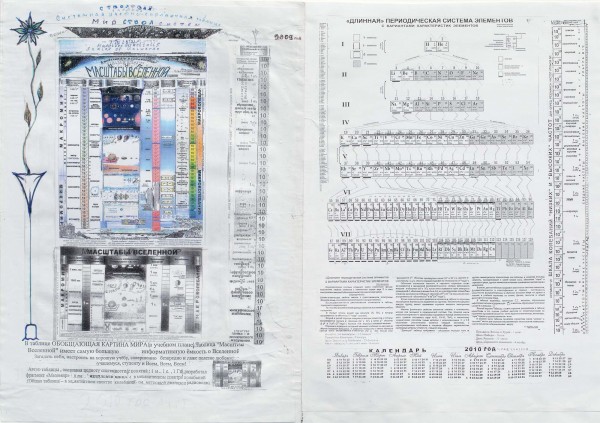 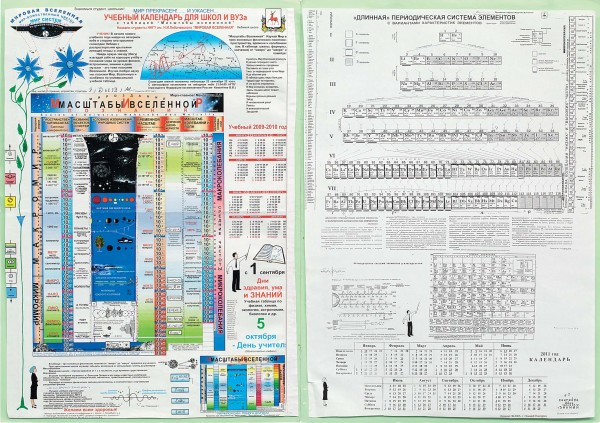 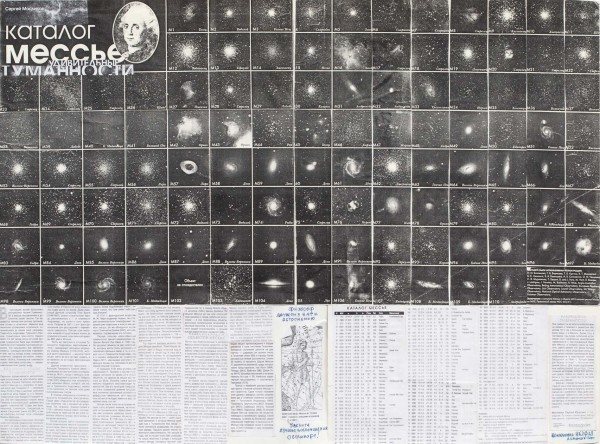 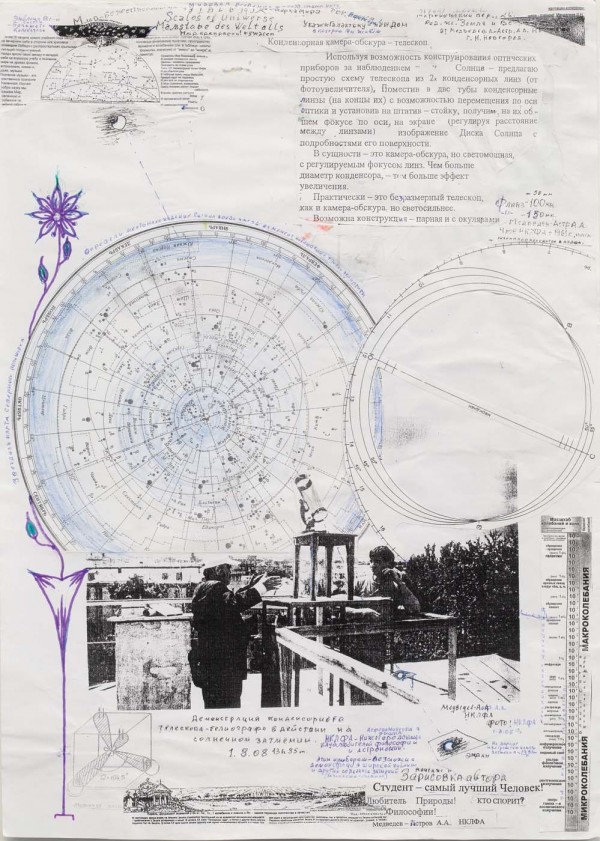 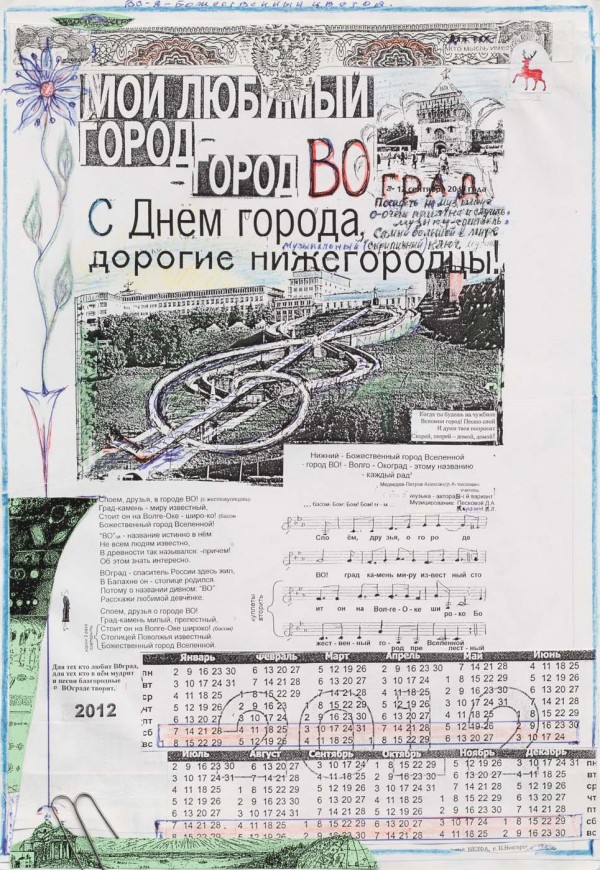 Medvedev used to teach geography and astronomy in Nizhny Novgorod. He is the author of numerous scientific studies and has lectured at conferences on space probes and the structure of the universe. His specialization is in vibrations: He claims that the laws of the universe’s vibrational motion are based on the relationship and ratio between distance and time. When he was 35, a cardiovascular disease caused him to lose his hearing, and during this time he gradually began to change his way of thinking. Applying his scientific knowledge to a brand new artistic and humanist project, he created a painting that he called Tree of Knowledge, which he used to demonstrate the close bond between the macrocosm and the microcosm. By understanding this relationship, he says, we can achieve an equilibrium in life.