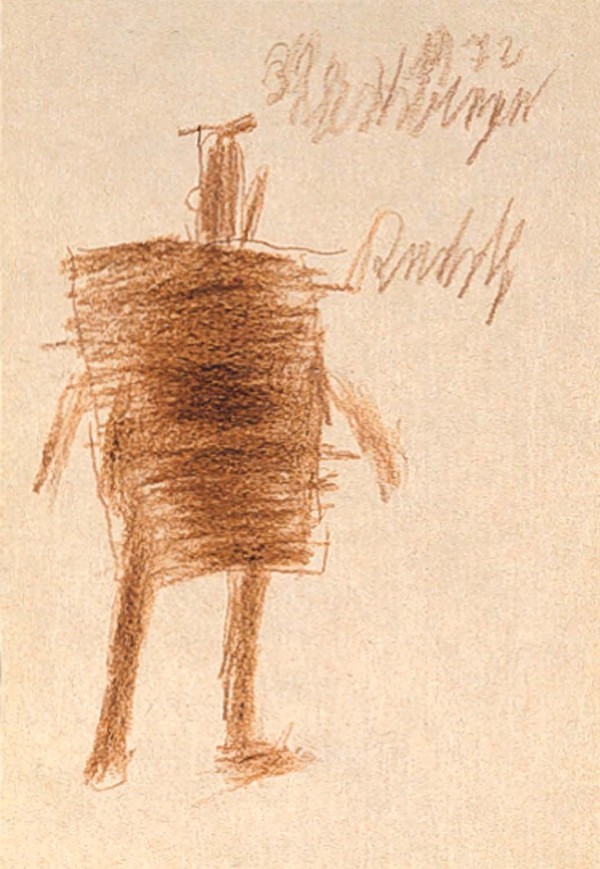 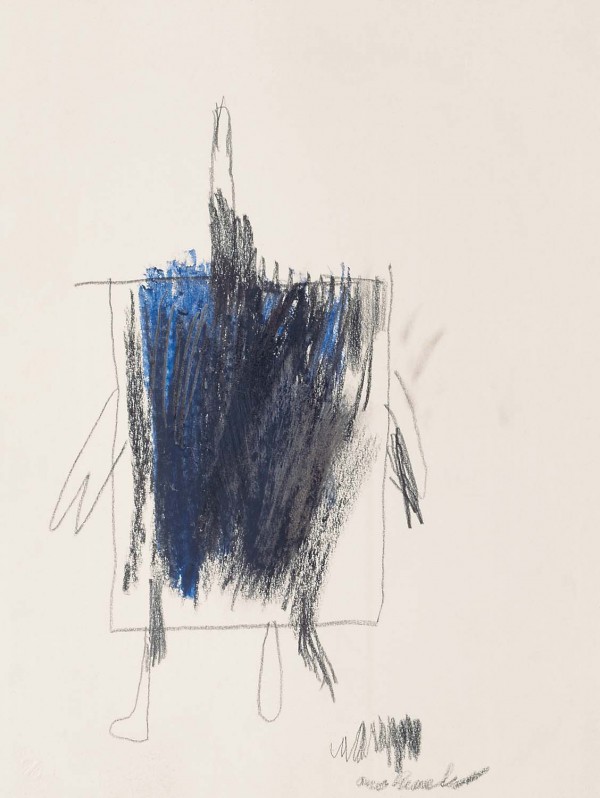 The childhood of Max (pseudonym) was marked by serious academic difficulties; as an adult he would never learn a trade. Impulsive, suffering from inferiority complex, he was first committed at sixteen, then again at twenty-three for hallucinations, and fifteen years later for good. Diagnosed schizophrenic, he considered himself dead, convinced that God, the Virgin Mary and the angels condemned him to crucifixion. He began drawing in the protective environment of the psychiatric hospital of Gugging, encouraged by Pr Navratil. Max does not look at the paper when he draws. The force of the gesture, the violence of the line seem to deny the figure at the same time as they constitute and affirm it.