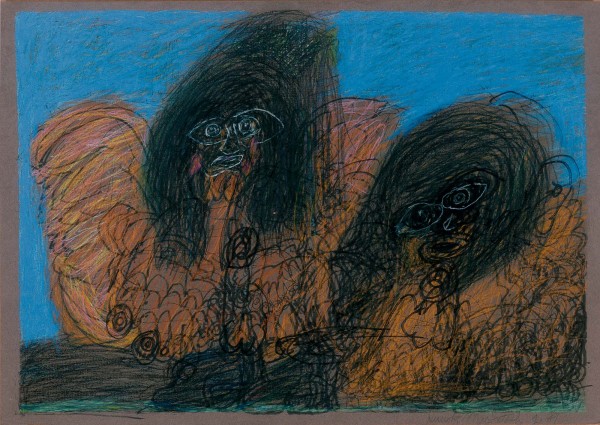 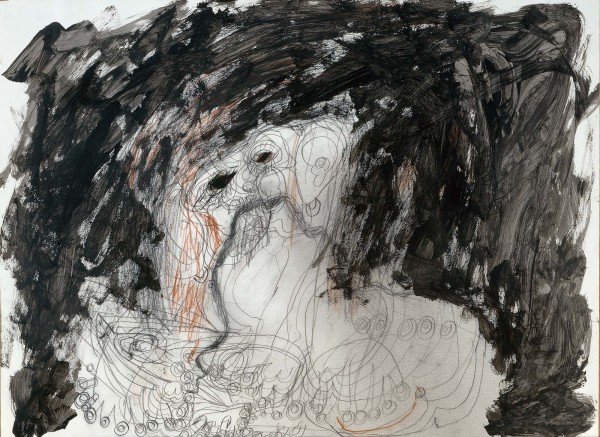 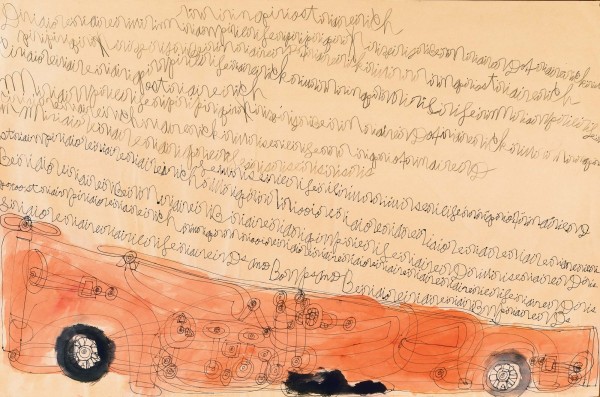 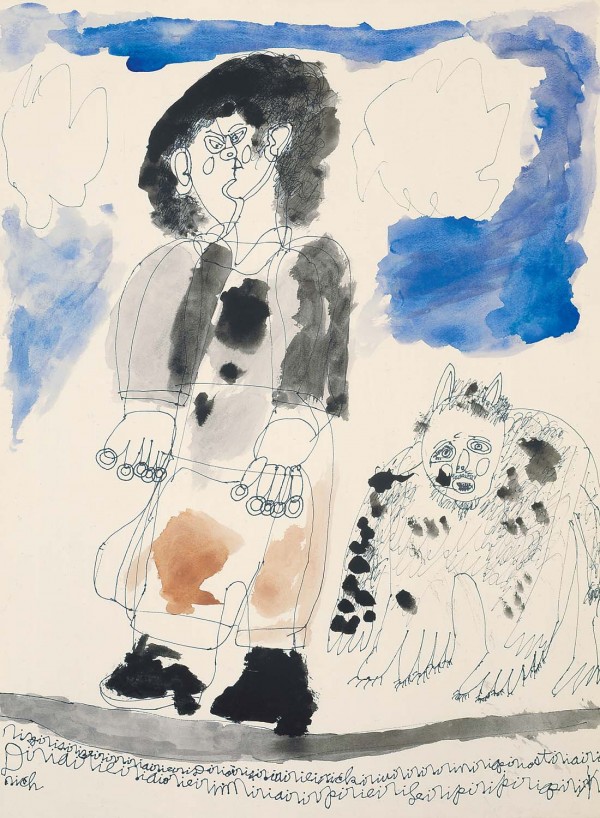 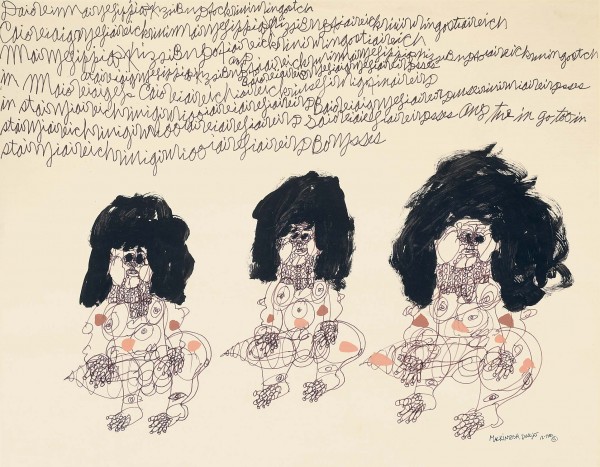 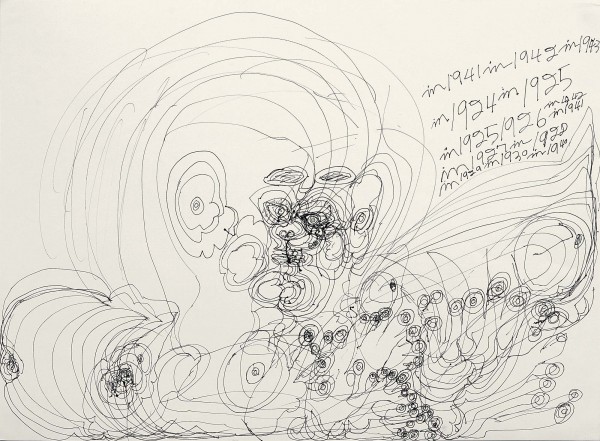 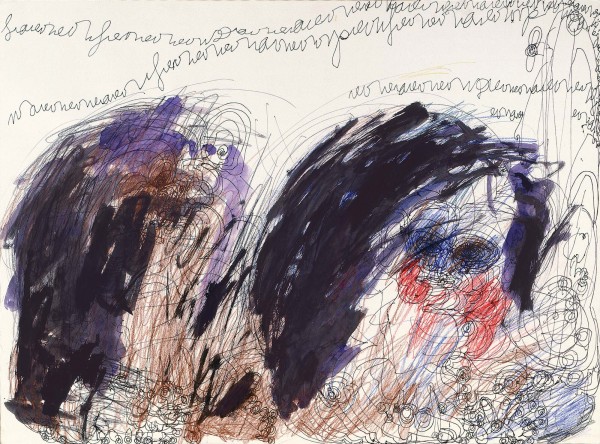 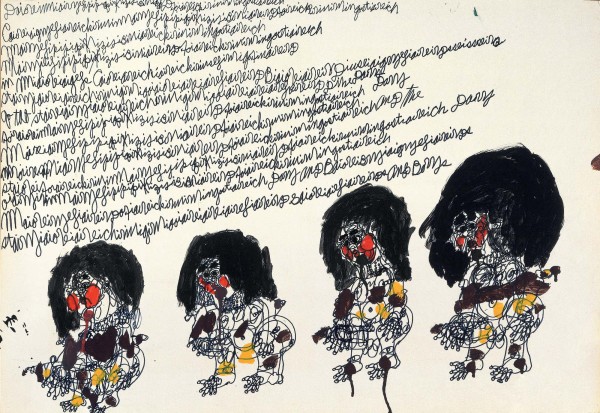 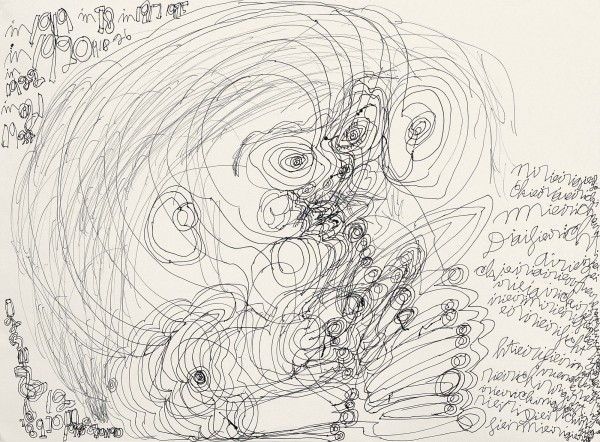 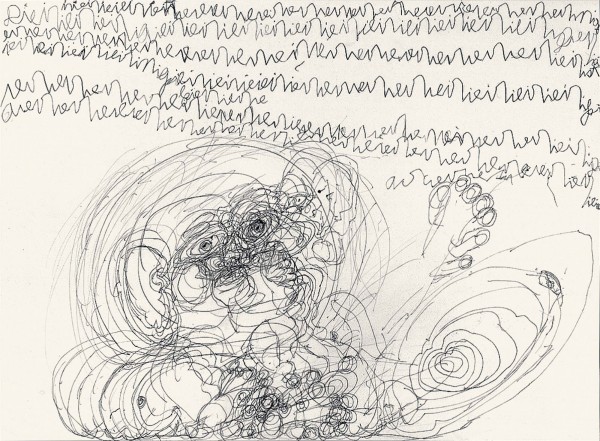 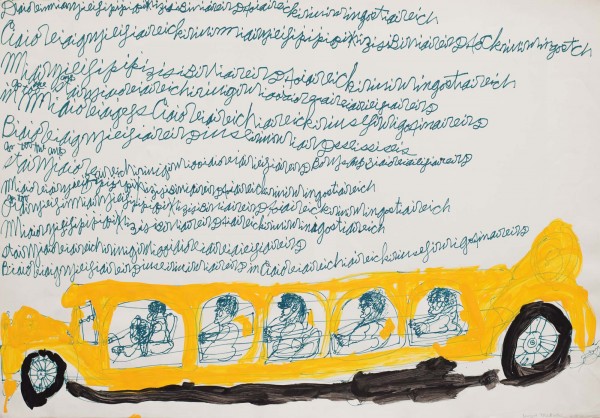 Shortly after his birth, Dwight Mackintosh suffered a brain injury that resulted in a permanent mental handicap. He was first placed in institutional care at age 16, and has spent his entire life in various psychiatric facilities. In 1978 — at age 72 — he began attending the Creative Growth Art Center in Oakland, where he could further develop his creative tendencies. Frequent motifs in his work are the human body, vehicles and animals, but his characteristic subject are “boysses” — groups of naked, ruddy-faced boys with long hair and erect penises. He drew his figures with multiple outlines, and his drawings are often accompanied by (usually illegible) writing.