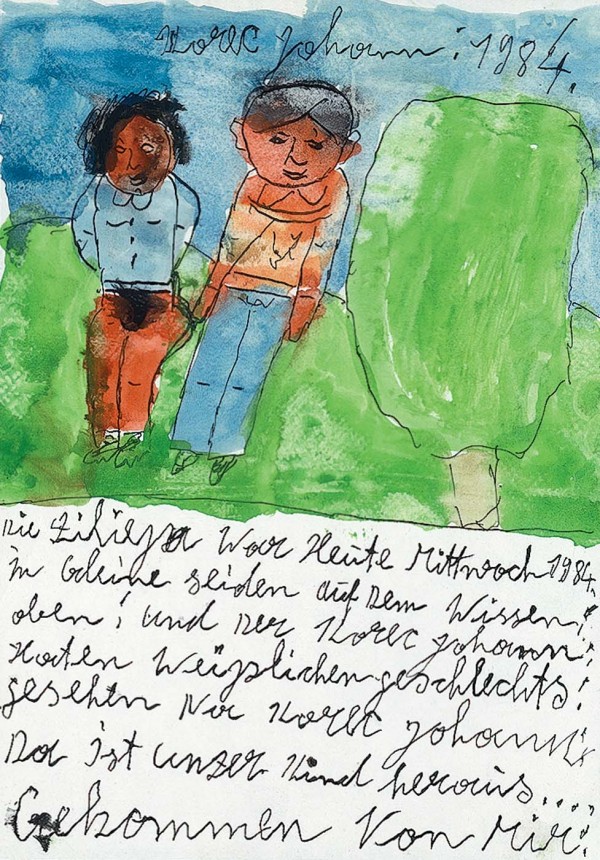 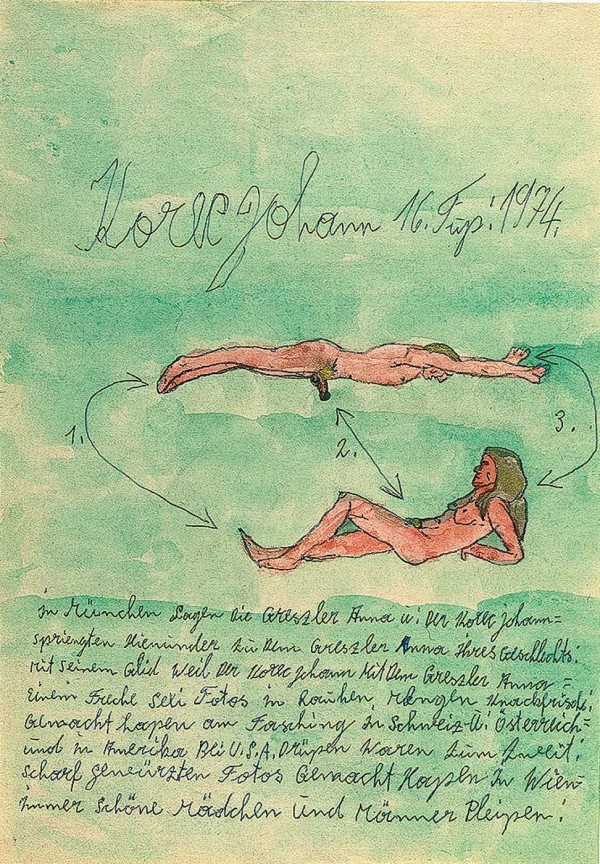 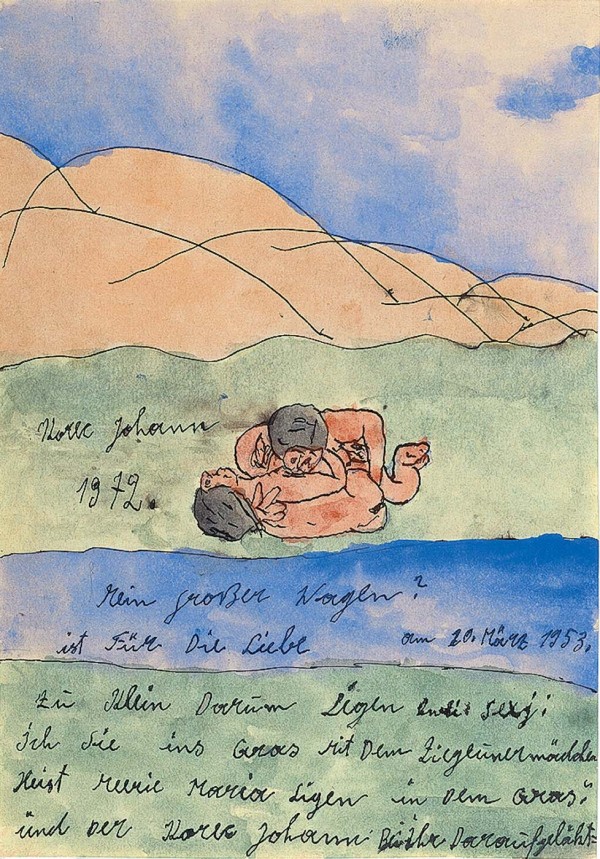 Having almost no education, Johann Korec was early on a farmhand and a shepherd, but dreamt of taking care of animals in a circus. Plagued by increasing mental disorders, he was committed to the psychiatric hospital of Gugging in 1958. Twenty-three years later, he joined the House of Artists, where a new life dedicated to art opened up for him. His creative process consists of two steps: first he picked up newspapers, cut out illustrations that he then traced on paper, sometimes using several carbon copies for the same drawing; second, he added sexual attributes to the previously traced figures, sexual act constituting the heart of his narrative. But his work also develops around writing that, over time, gained prominence, blending with the drawing to form one indivisible whole.