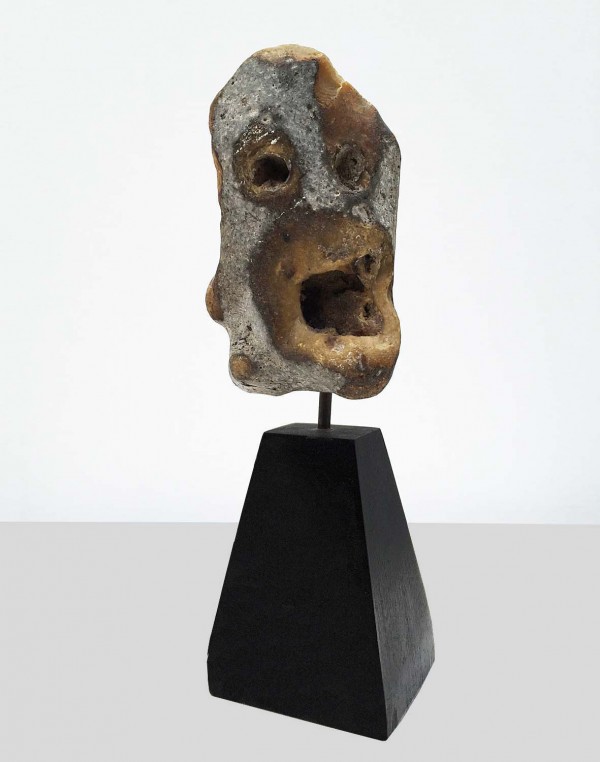 Born into Austrian aristocratic family, Alfred Antonin Juritzky finished his studies of humanities at the University of Vienna in 1910. Refusing to live under Hitler’s regime in 1938, he fled to France with his wife. Passionate about art since childhood, he collected bizarre objects. In the late 1940s, his attention was attracted by the flintstone he dug out in the Paris region and whose shapes reminded him of animals or human figures. He intervened on them by adding touches of paint and he “signed” with the name Juva.