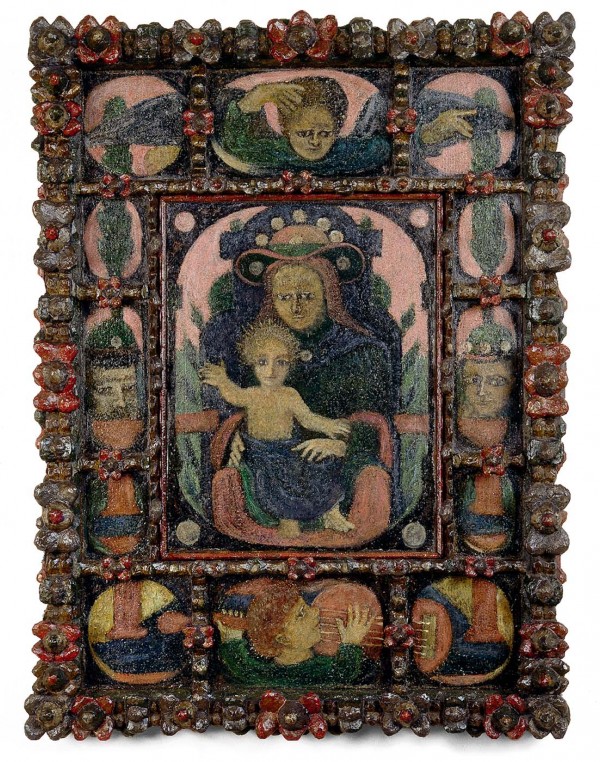 Karl Junker lost his parents and a brother when he was still a child. He studied architecture and painting in Munich and spent three years in Italy then returned to his hometown. From 1889, he began building a house for him and his future wife.  But this passion consumed him and became exclusive to the point that his fiancée left him. He would devote twenty years of his life to this project: every square centimeter of the house was carved, from the stairs to the ceiling; the walls were covered with mythical and historical figures of Antiquity and the Middle Ages. Finally Karl Junker lived alone in a small room in the attic of this huge sculpture.