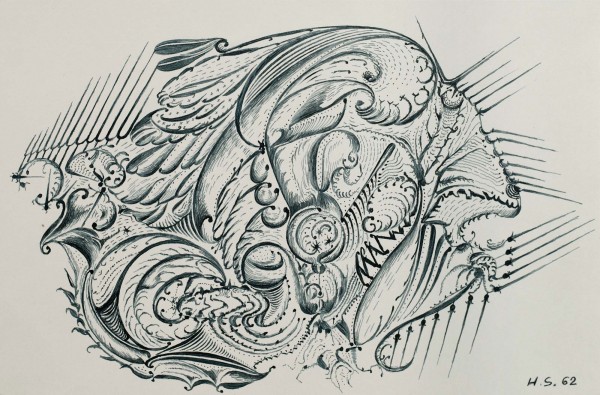 Stanislav Holas, a spiritualist artist from the South Moravian spiritualist circle, was a manufacturer of barrels, while working as a policeman. He drew most of his life alternating long pauses with a prolific period after the death of his wife in 1969. His drawings were presented in various spiritualist exhibitions, including in New York in 1937. The figurative representations in his first drawings (around 1920) disappeared in the works of the 1940s, representing vibrating objects in delicately degraded warm colors or round and undulating forms. On some of his drawings appear spiritualist writings. A series of drawings from the 1960s reflects his inspiration drawn from the ornaments characteristic of the folk costumes of South Moravia.