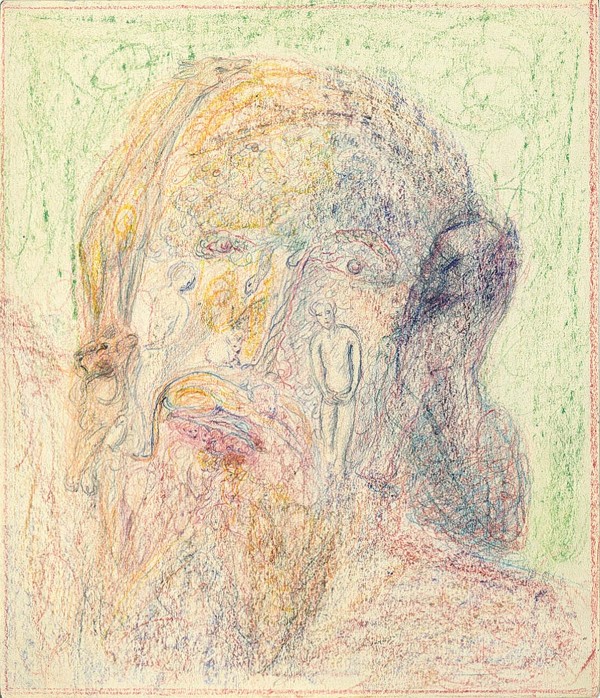 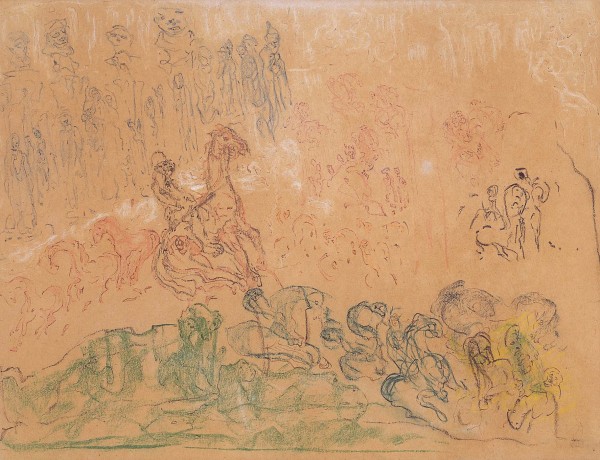 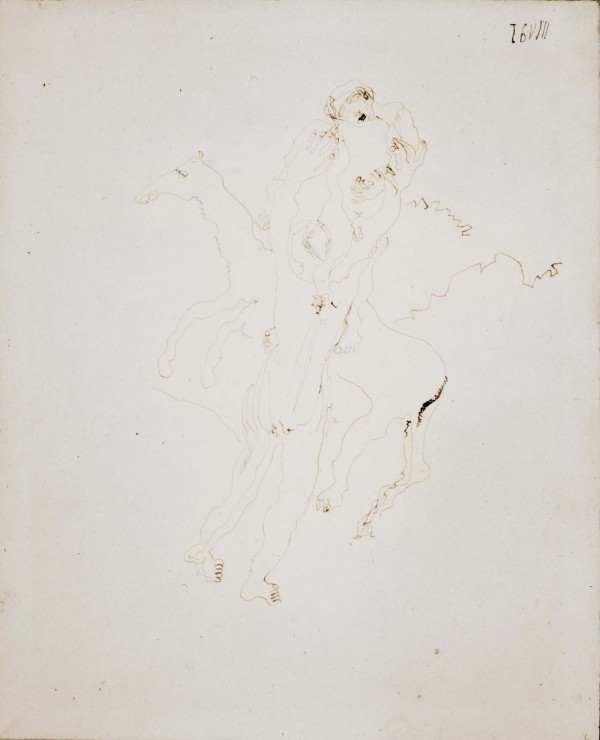 Born in a family of strict petty bourgeois, Carl Fredrik Hill continued artistic studies despite his father’s discouragement; in 1873 he moved to Paris and became a painter in the spirit of the Barbizon School, but his work did not have any success. After the death of his father in 1873, he began to feel deep anguish then, subject to hallucinations, was admitted to the clinic of Dr Blanche. In 1880, his sister arranged his transfer to a hospital in Denmark. He stayed there for two years before returning to his hometown in Sweden, where he was quickly taken care of by his family. During the past thirty-five years of his life, Carl Fredrik Hill created an immense work, radically different from his Parisian paintings, in which styles, themes and various techniques coexist in forms directly inspired by engravings and illustrations from newspapers which he copied and subverted at the same time. A paradoxical confrontation seems to be at play: an oscillation between the allegiance to the authority he had always obeyed and a blasphemy, parricide, a murder. The major part of his work has been destroyed.