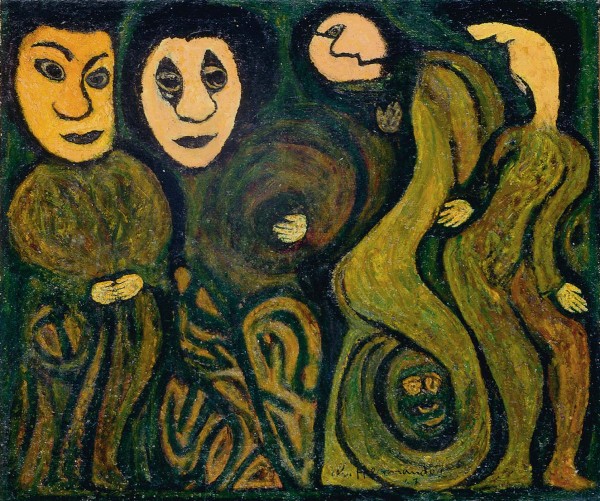 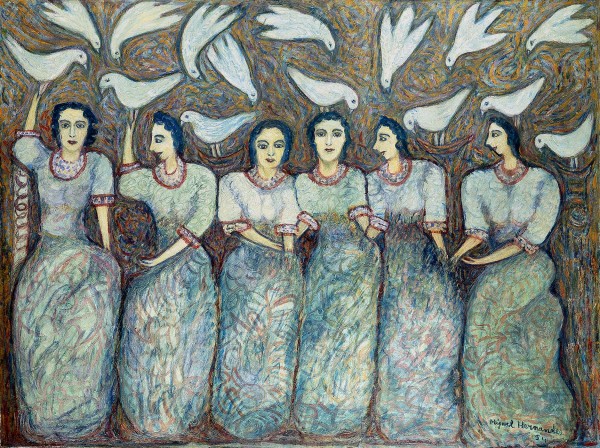 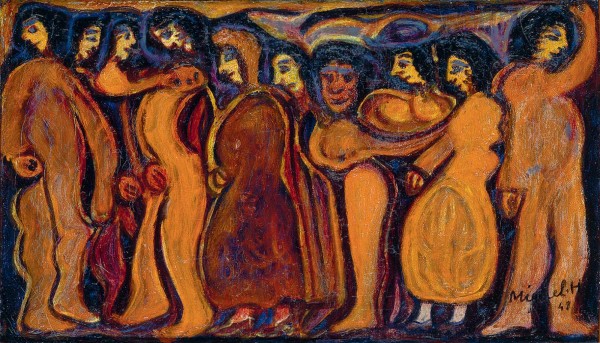 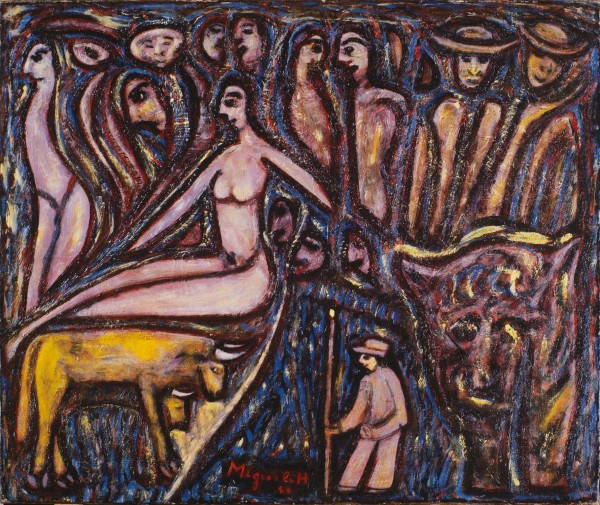 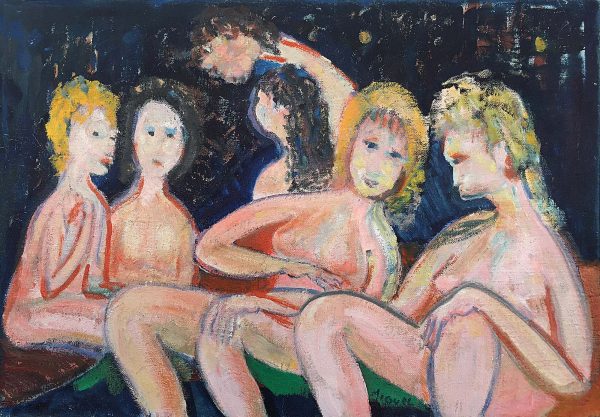 Born into a family of farmers, Miguel Hernandez dreamt of becoming a coffee farmer in Brazil, where he emigrated at the age of nineteen. He did different jobs and finally settled in Rio as a cook. There he became a activist and joined a small group of revolutionaries. Back in Europe, he contributed to anarchist journals and participated in anti-militarist propaganda. Ardent activist, he was imprisoned several times – during these passages in prison he drew. He married in 1938. The civil war forced him to flee Spain for France where he was interned in a refugee camp together with his wife, whom he convinced to go back to their country — they would never meet again. Based in Paris after the Liberation, Miguel Hernandez lived in misery but continued his political struggle. Administrator of the journal España libre, he devoted  the rest of his time to his artistic production. His work is inhabited by images of Spain, workers and peasants inscribed in agonizing spirals, or ghostly women.