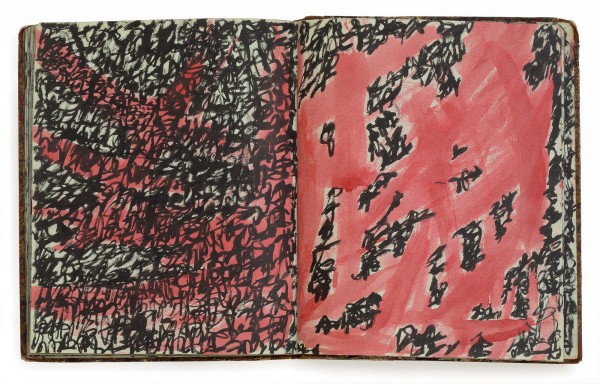 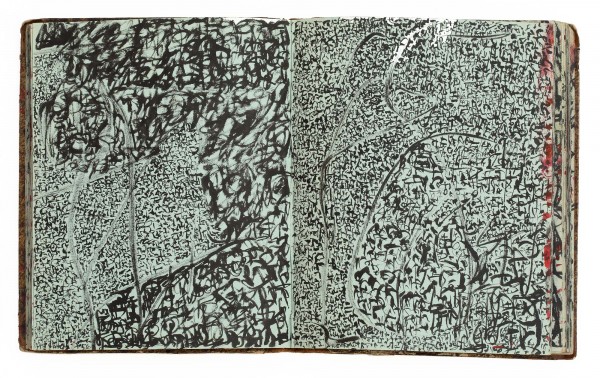 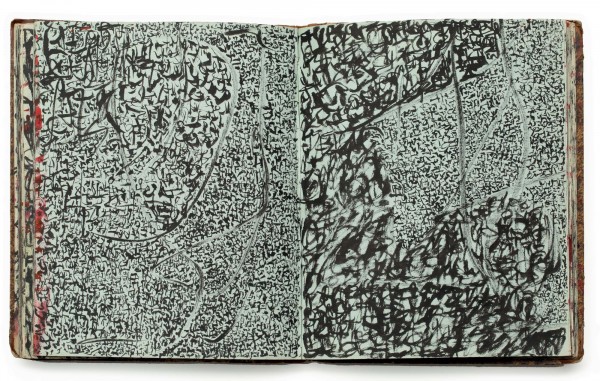 At age 11, Gbindoun left her home country and moved to Europe. She spent 10 years in Paris, and later settled in Lausanne, where she still lives today. Because of a lack of money, she first began drawing on newsprint, but now uses more typical drawing surfaces. In 2004, she began to write her memoirs — a book overflowing with sadness for her unhappy childhood. She finds it difficult to express herself in words, and so she created her own language of invented ideograms that evoke the traditions of her native tribe. Her drawings fill old notebooks that she buys at the flea market.