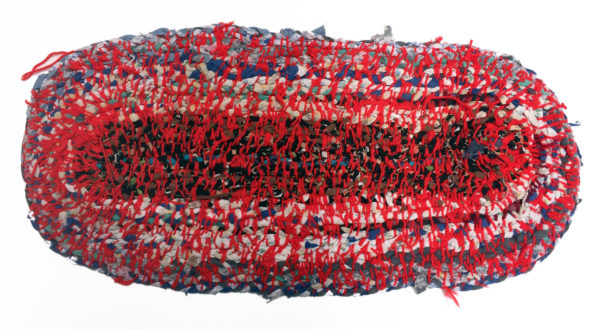 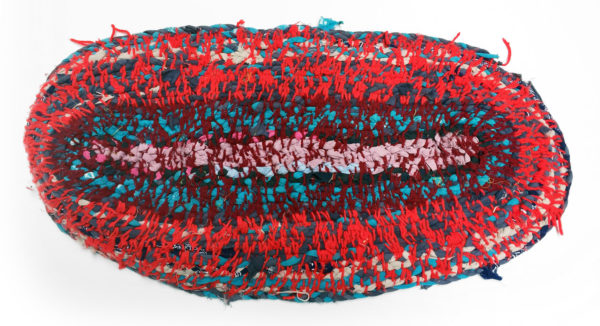 Willie Eaglin grew up in Washington D.C. He left school at age 10 and became a shoe shiner at the airport. During prohibition he was caught selling alcohol; he spent five years in prison. He was married twice. At sixty he became blind; to pass the time he began to make small rugs out of woven rags mixing various textiles. He now lives in a home for the elderly, spending his days doing his rugs or smoking cigars with the other residents and drinking grape juice with juniper.