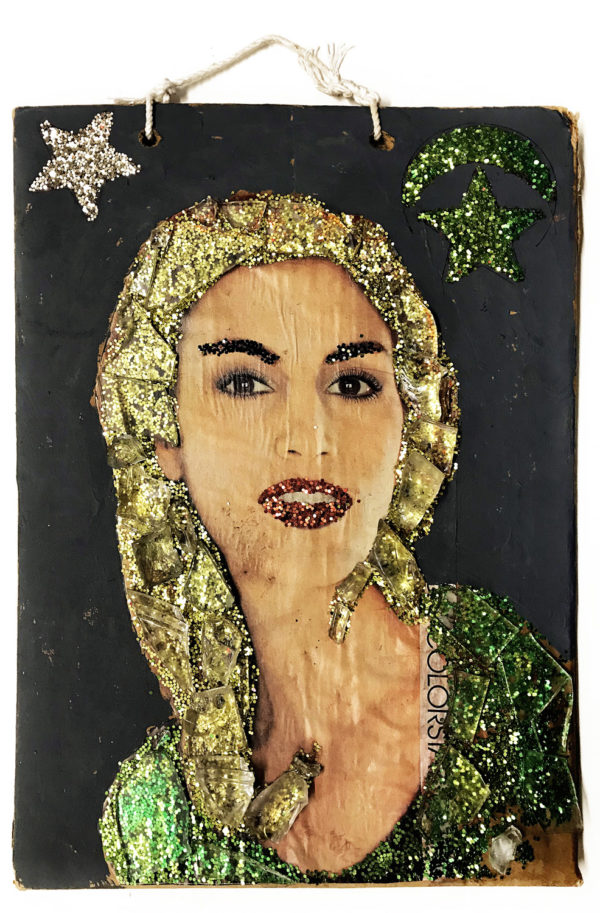 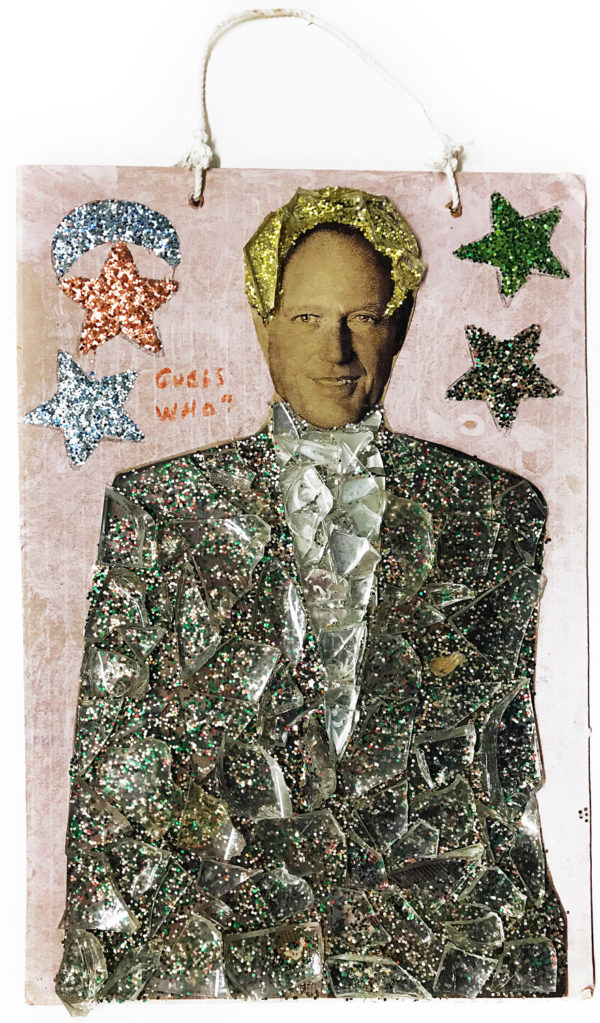 Son of Polish immigrants Paul Darmafall left school at age 8. Very young he joined the army as an artilleryman. Returning from the war, he moved to Baltimore, married and had 3 children. He was first a bricklayer and then a machinist in a steelworks. Around the age of 28 his behavior gradually changed; he disappeared unexpectedly, suffered from memory loss, and could no longer perceive reality. Diagnosed with schizophrenia, he was hospitalized for a while and then returned home but no longer had a job. Around 1970 he began astonishing creation using found material: paint, ink, magazine photos, glitter, glue, pieces of glass, broken glass, etc. His works quickly filled up his home; his wife asked him to move his studio, which he then set up at the corner of the street where he offered his works to passers-by who admired his creation.