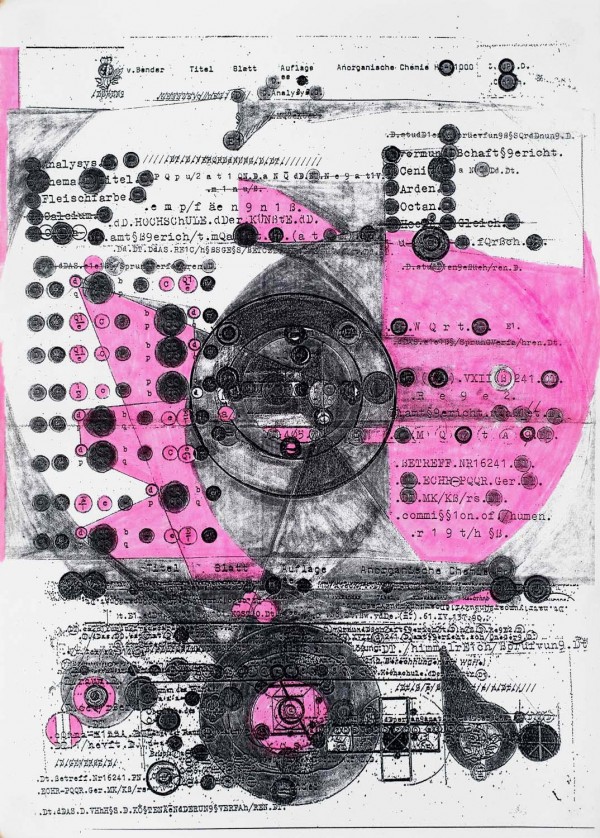 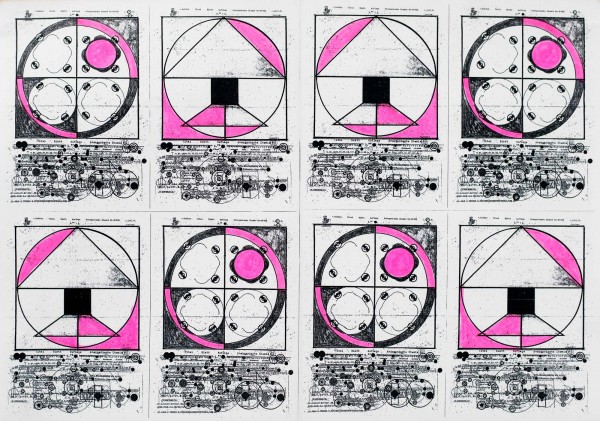 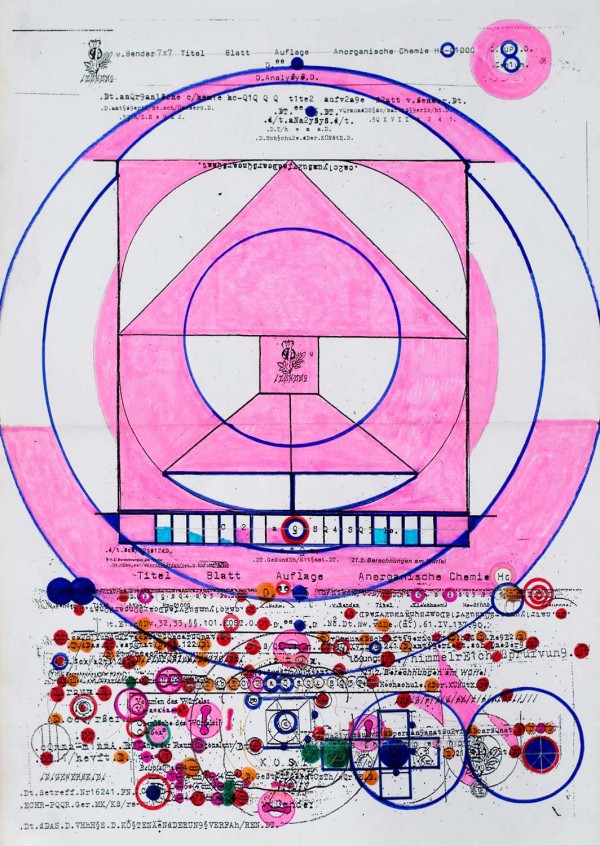 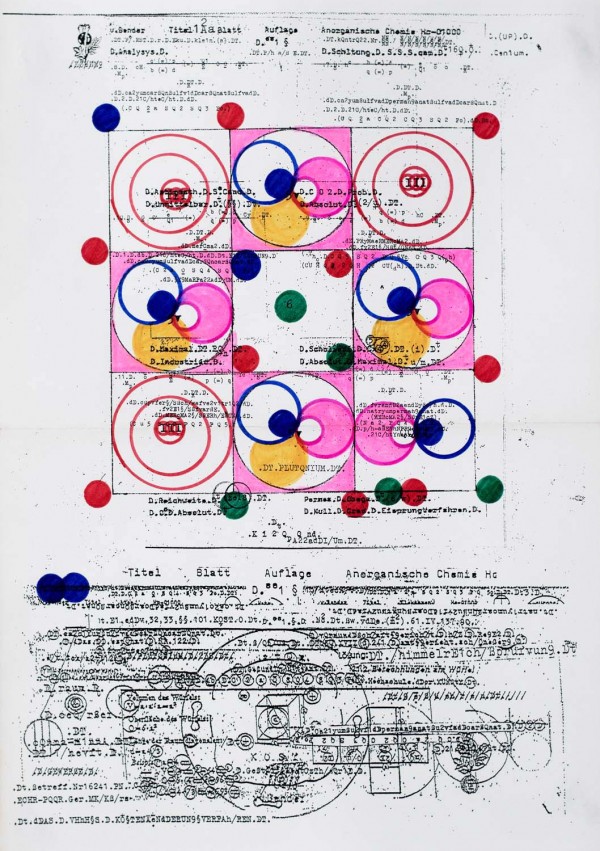 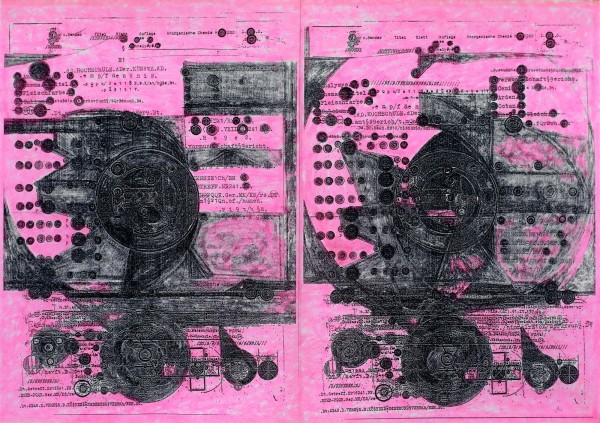 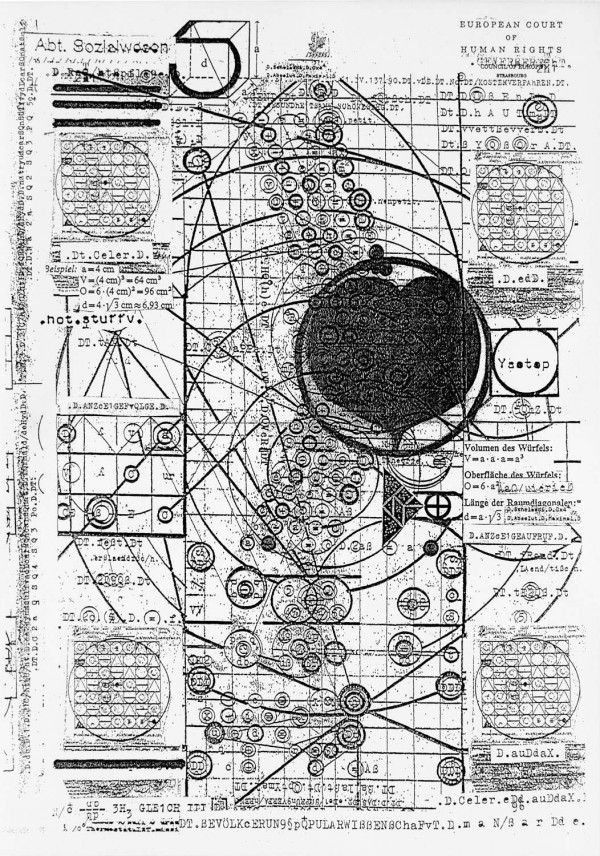 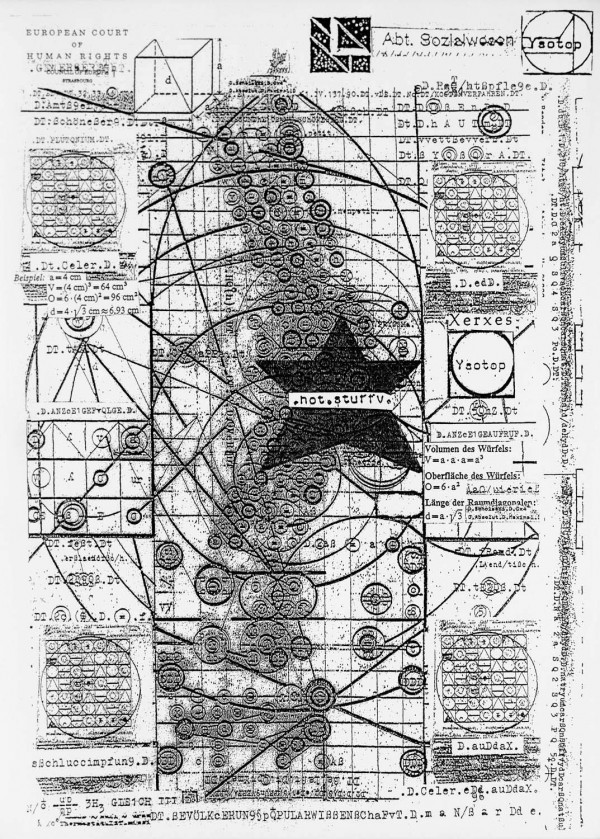 At 15, after the separation of his parents, Adelhyd van Bender was placed in a juvenile home, where he learned the trade of electrician. In 1968, he moved to Berlin and practiced his profession. In 1974, he attended night school to get his bachelor’s degree and in October of the same year he was admitted to the HdK Berlin (Berlin University of the Arts), where he studied for two years. In 1976, expelled from the university after being evicted from his apartment, he went to England in search of his aristocratic roots, an episode that led him to call himself Adelhyd van Bender. The following year, back in Berlin he devoted himself entirely to his artistic activity, but in 1987, a fire in his apartment destroyed much of his work. This dramatic period radically transformed his view of the world and his artistic style; he believed he was entrusted with a mission – a “drudgery”, he said – dictated by a higher authority. In his obsessive accumulation Adelhyd van Bender produced 2,000 binders each containing between 200 and 250 pages of collages composed of geometric shapes, fields of colors, graphics and mathematical and physical formulas he would photocopy and on which he would later intervene again.

Adelhyd van Bender thinks he has a uterus, which contains an “atomic secret.” The cube associated with the symbol of the Kaaba, the black cube of Mecca, occurs repeatedly in his work as well as the planetary constellations, rockets and torpedoes. By means of the vast production of 450,000 pages produced in 25 years Adelhyd van Bender seems to have managed to contain the chaos.