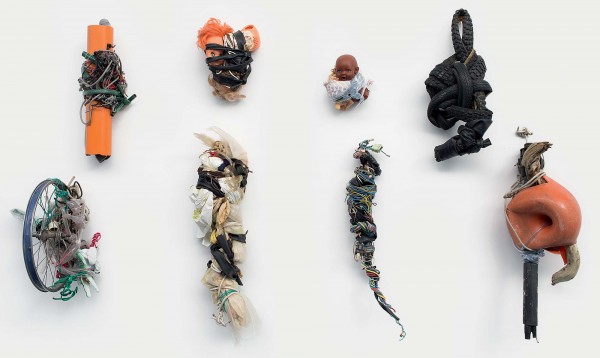 When Bellucci was seven years old, he suffered a serious brain injury that prevented him from fully developing the ability to speak. He originally lived an institution in the town of Volterra, and since 1999 at the Franco Basaglia residential facility in Livorno. He possessed an uncommon strength (he once pulled the faucets and radiators from the wall of his room). Belluci’s art consists of objects made using various found items that he ties together – plastic bottles, socks, bicycle tires, shoelaces and so on. His favorite pastime was to put together objects and to experiment with new materials and how they fit together. Although they look like expressions of brute force, his works are actually made with a great deal of patience and foresight.