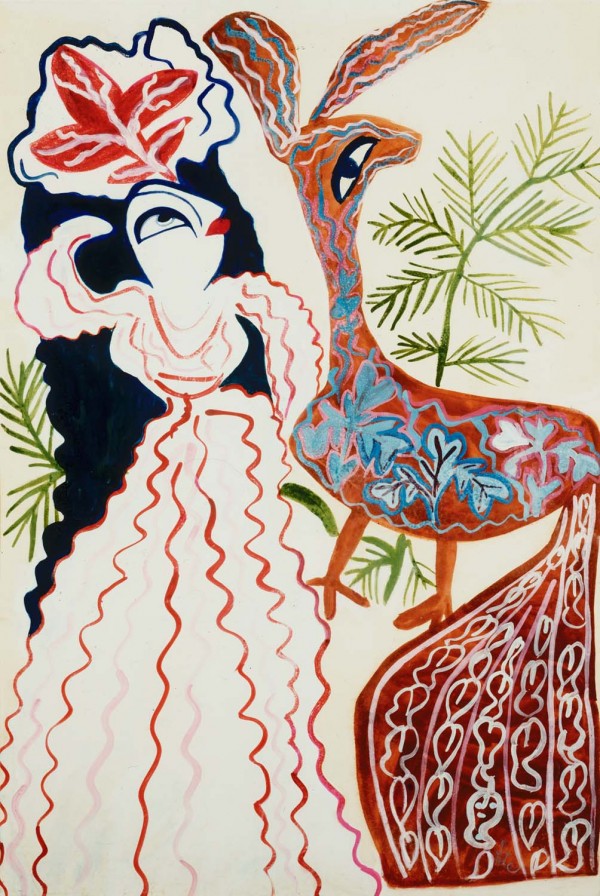 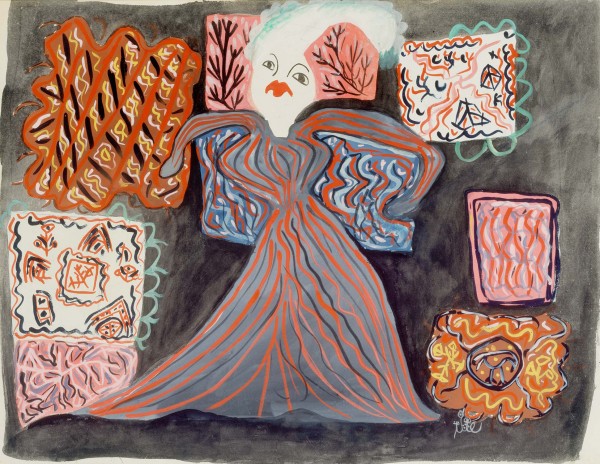 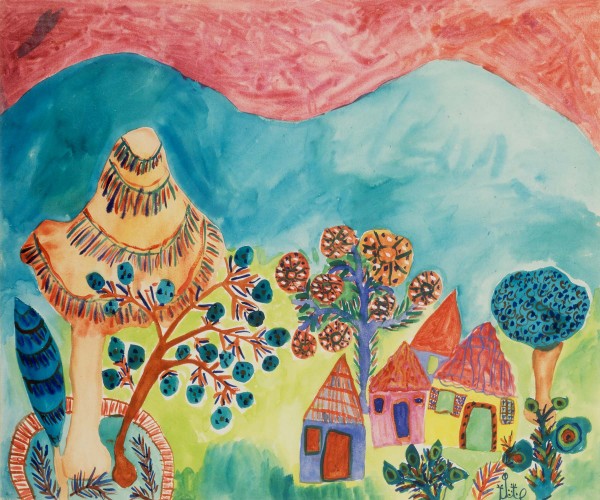 Baya lost her parents at the age of five. As a girl, she already painted and drew. As soon as she turned sixteen, she had the opportunity to exhibit watercolors at the Maeght Gallery in Paris thanks to the intervention of her French adoptive mother. André Breton was seduced by her work, and like in a fairy tale, she met in 1949 Georges Braque and Pablo Picasso. At the age of twenty, she married a much older musician. She would have to wait until 1962 and the end of the war in Algeria, during which she cared for her six children, to exhibit again. Widowed in the mid 1970s, Baya sank into depression. Her drawings and paintings represent mostly women, animals, plants, sometimes villages. Her figures are dressed in large and beautiful colorful dresses covered with flowers. Faces, flowers, fruit, birds spring out like bouquets. These elements of various shapes and colors sometimes blend in together and their union dissolves into an almost abstract, hybrid composition that is reminiscent of Aloïse Corbaz or Martha Grünenwaldt. Her colorful work also evokes Matisse.