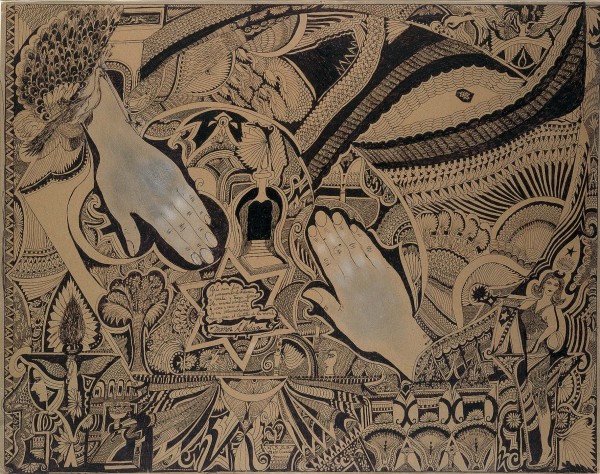 Chelo Gonzalez Amezcua was ten years old when her family emigrated from Mexico to Del Rio, Texas – a town where she spent her whole childhood in the family home. Despite their modest means, her parents were very attentive to children’s education. In 1930 the Mexican government granted her a scholarship to the Academy of San Carlos in Mexico City, a prestigious school of fine arts, but the death of her father caused her to give up and she started work as a saleswoman. In her free time she drew and wrote poems. She describes her work as “mental drawings”, inspired by the Mexican myths and references to the pre-Columbian culture, close in their technique to automatic drawings. Over time, they earned her the respect of her community and a certain notoriety.