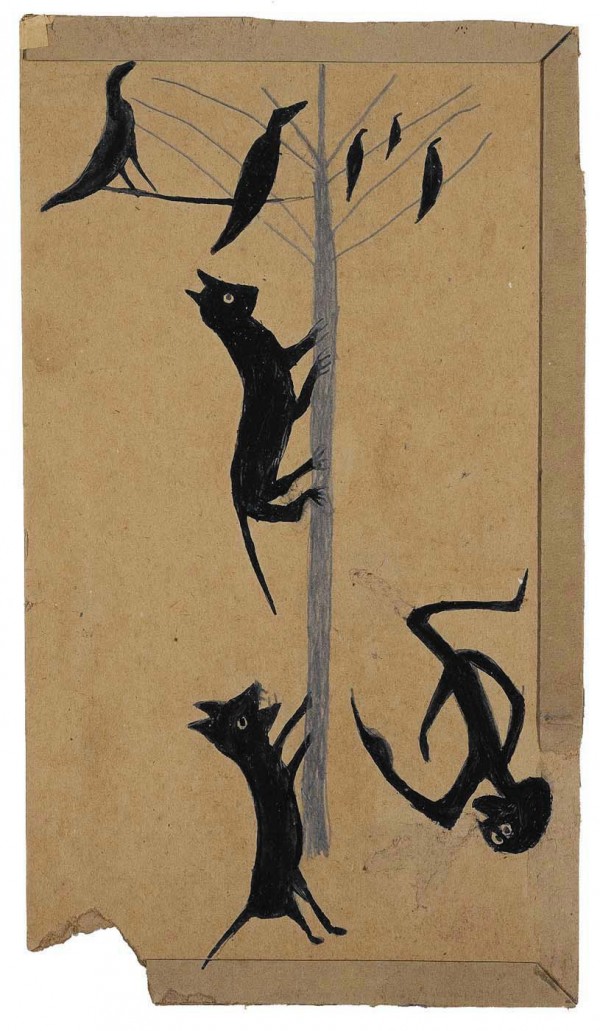 Born into slavery on George Hartwell Traylor’s cotton plantation, Bill Traylor was freed by his owner after the Civil War, however chose to remain working in the plantation. Putative father of twenty-two children, he lost his wife in 1938 and moved to Montgomery. He was then eighty-four years old. Destitute and homeless, he started to draw on the sidewalks of Monroe Street. He used all supports at his disposal — scraps of paper, recycled cardboard, pieces of paper boxes — and the slightest irregularity of the material became part of his composition. His world filled with animals and familiar figures evoked everyday things — the life of the farm, the fights, the anecdotes, the difficulties of his life. In three years, Bill Traylor created about one thousand five hundred drawings. In 1942 he went to live with his children in Detroit, then in Washington, and would return to Montgomery after the Second World War. He fell ill and one of his legs had to be amputated due to gangrene. During that period, he had almost stopped drawing.  He died shortly afterwards in a nursing home.