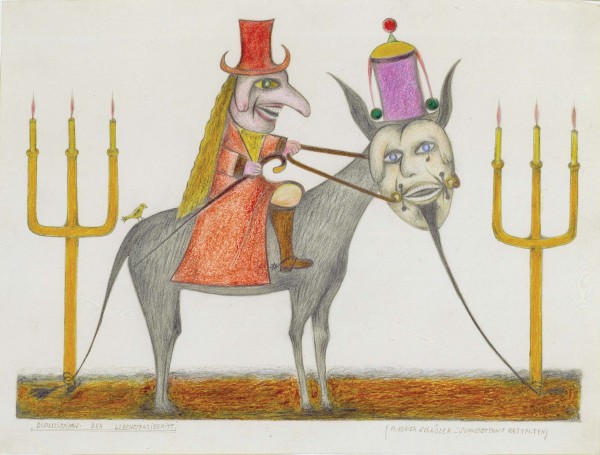 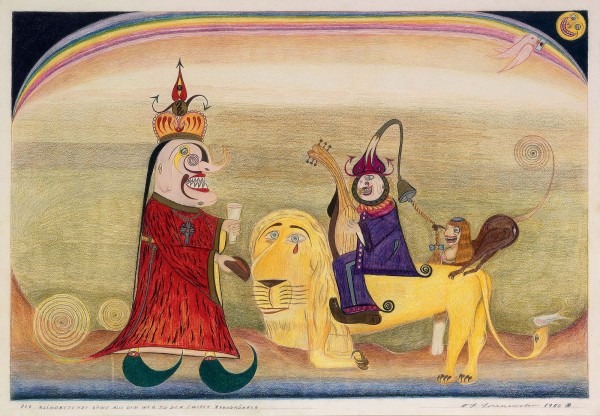 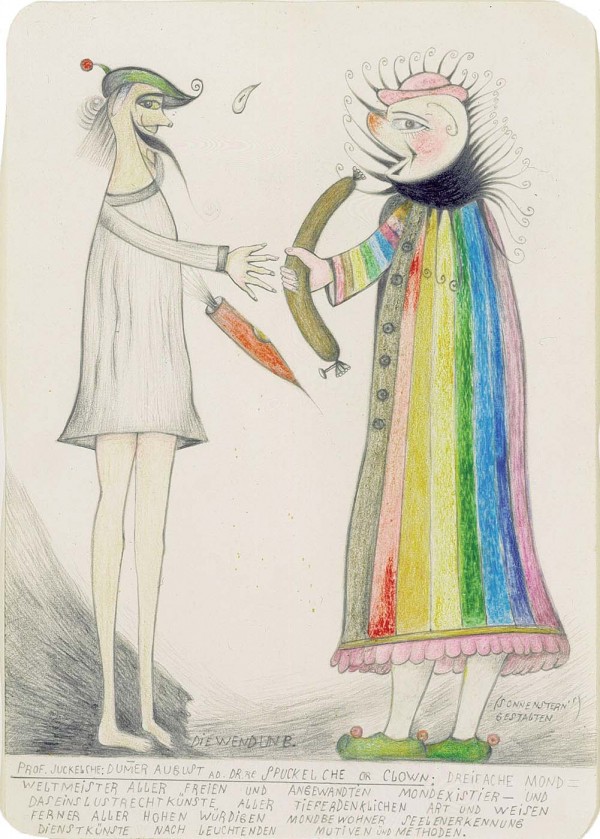 As a teenager Friedrich Schröder-Sonnenstern spent long periods in reformatories. In 1910, he was committed for the first time to the psychiatric hospital of Allenberg, where he was diagnosed with early dementia. After his release, he published poems, criticizing social injustice and national corruption. During World War II, he worked at the Post Office, but he was arrested for passing illegal merchandise and again hospitalized. After the war he moved to Berlin, declaring himself an astrologer, clairvoyant, and magnetizer. In the 1930s, he returned both to prison (among other for debts and illegal practice of medicine) and to a psychiatric institution. It is in the hospital of Neustadt that he started to draw. His fantastic figures, always placed in acrobatic positions, represent his personal mythology. Having gained some fame in his lifetime, Friedrich Schröder-Sonnenstern took part in the “Exposition internationale du surréalisme” [International Exhibition of Surrealism] in 1959. After World War II, he moved in with his mistress and made his living by selling wood. The death of his wife in 1964 made him sink into alcoholism.