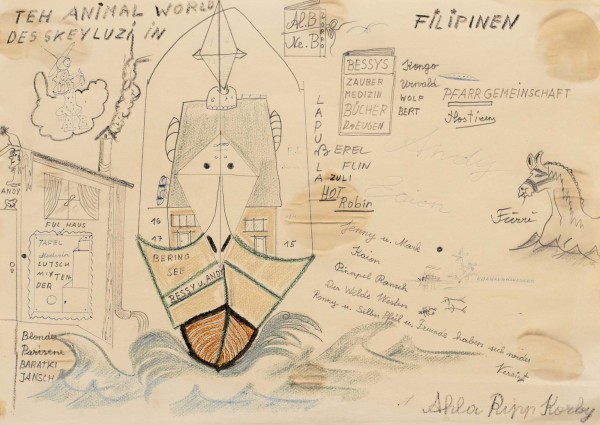 Hubert Riedler married and had a daughter, whom he almost does not know because he divorced when she was still a baby and his ex-wife moved to another city. He drinks a lot, has frequent conflicts with the law and has lived a long time homeless. In 1998, he was finally taken care of by an institution for homeless and, the following year, he was assigned an apartment. Hubert Riedler has been diagnosed schizophrenic, but he tries to self-medicate. Drawing is his passion. He draws not only on paper but also on the walls and furniture of his apartment, which he has turned into a total work of art.