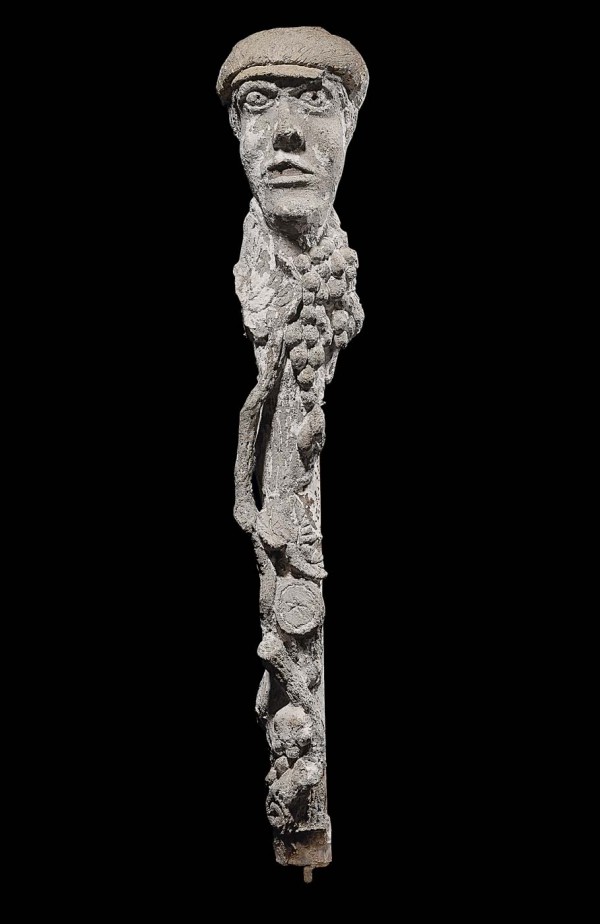 Trained cook, Camille Renault married in 1898, exercised a number of jobs to open finally a hotel in Attigny, in the Ardennes. His life was marked by a number of bereavements: a son killed in the war, and then, in the thirties, another son and his wife were swept away by pneumonia. In 1934, a fire destroyed his house but he rebuilt a new, Villa Jismonde, surrounded by a “Garden of Surprises,” populated by cement sculptures representing humans and animals. In June 1940, Camille Renault had to abandon his house; he would find it a few months later plundered and his work destroyed by the Germans. He rebuilt all. After his death, his home and garden were again ransacked. Only a few sculpted pieces have been preserved.