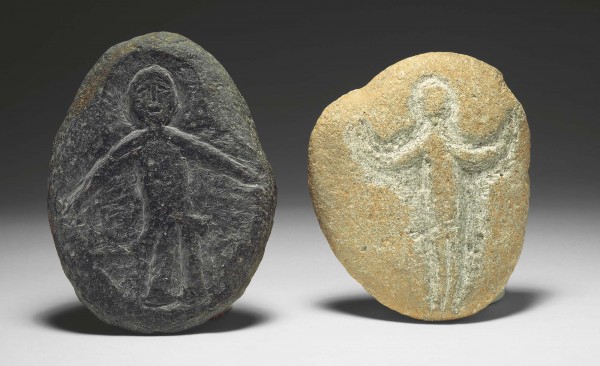 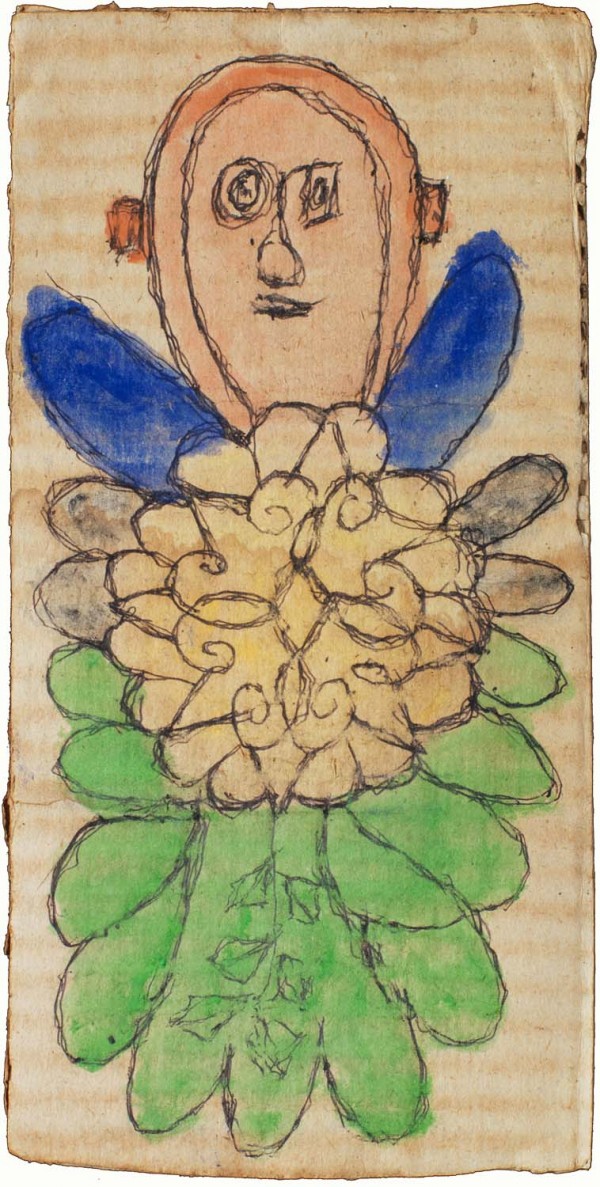 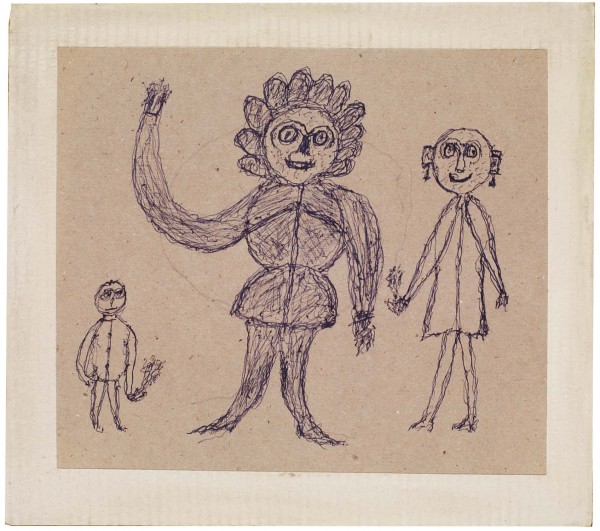 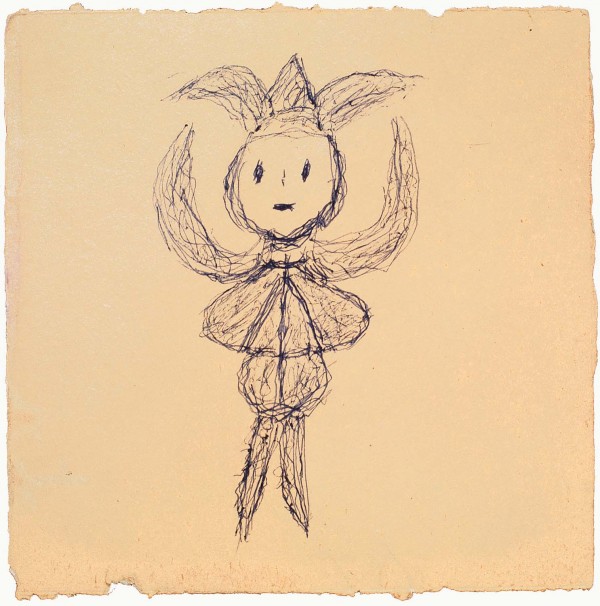 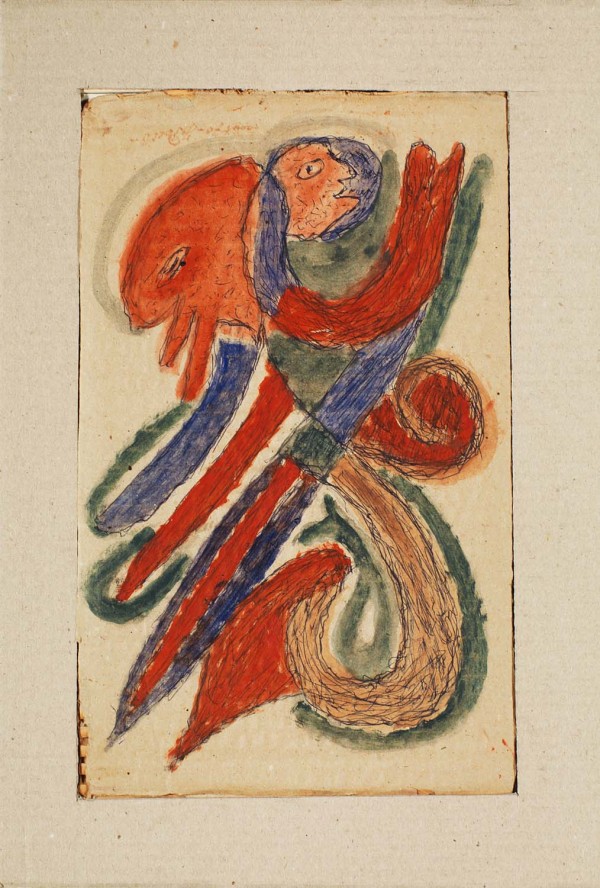 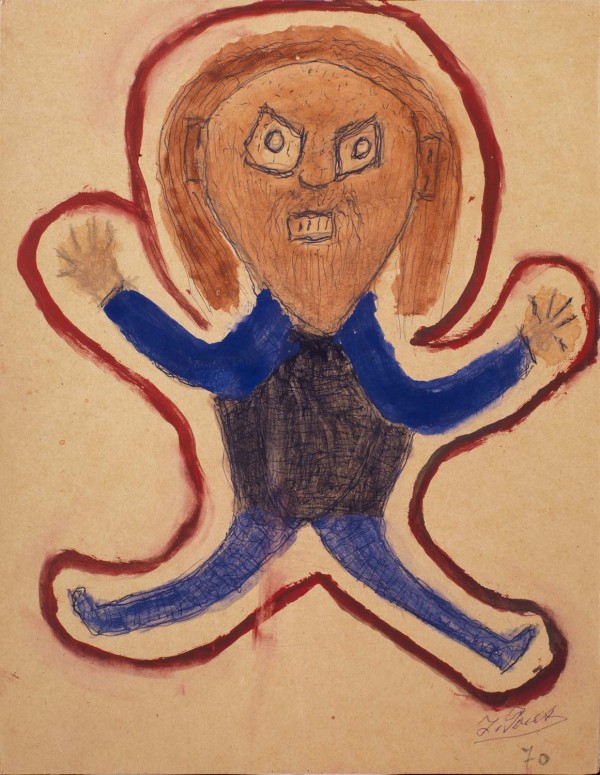 Jean Pous was born into a farming family of ten children. He was often sick and could only attend elementary school for two years. At the age of twelve, he became an apprentice in a cork factory and, eight years later, he and his brothers started their own business. He married and had two children. At eighty-seven years, after having finally retired from the family factory, he developed a passion for sculpture. Similarly to the postman Ferdinand Cheval, Pous collected stones of all sorts during his walks: flint, granite or slate. He sculpted figures, animals (dogs, elephants, fish, goats) and flowers. When he became too weak to sculpt, he began drawing with ballpoint pen and colored pencils on pieces of cardboard or paper, whatever he could get his hands on. His production consists of approximately one thousand five hundred drawings.