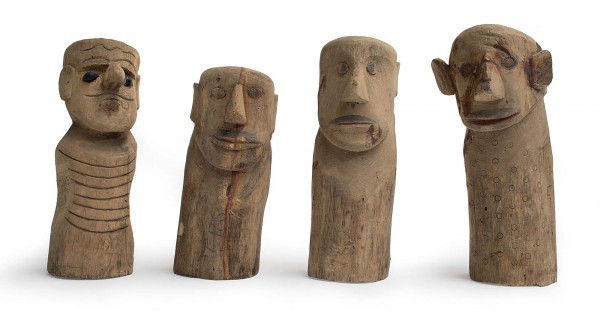 Nino lived where he was born, in Juazeiro do Norte. Almost illiterate, he worked odd jobs since his adolescence. His first works date from the mid-fifties; he was making toys exchanging them for food. Later he began carving public figures from his village, directly from stem or trunk pieces. He gradually became succesful, which led him to produce more. His style, however, lost spontaneity and became similar to the often stereotyped canons of Brazilian folk art.