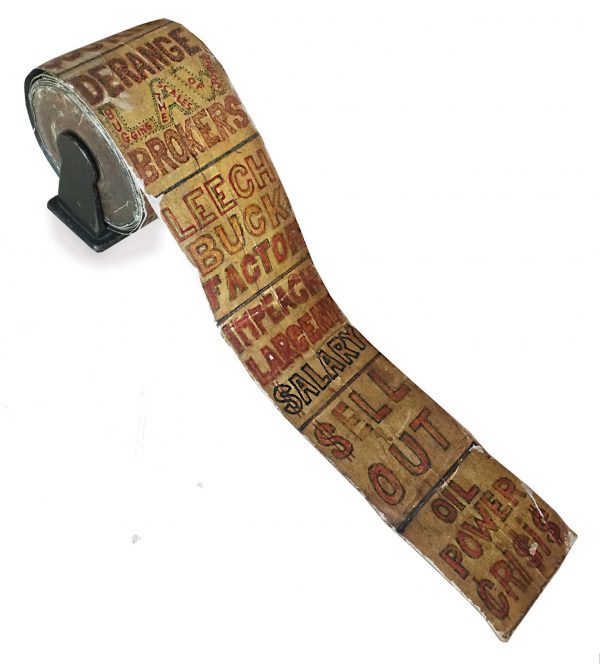 An inventor with a mystical bent and a self-taught artist, Edward Nagrodzki was a polit- ical activist who was fiercely opposed to Richard Nixon. His activism was inspired by a vitriolic hate of the army, which he claimed had stolen an invention of his that improved the engines of fighter planes. During demonstrations, he often A wore a cap and a mask that was assembled from two pieces of coconut shell, and he harangued the crowds with his “Truth Gun,” which was a sort of pistol with a clown head, also made from coconut shells. He created coins with his face on them and incorporated protest slogans (regarding corruption, taxes, and the like) into dollar bills that he drew in ink.