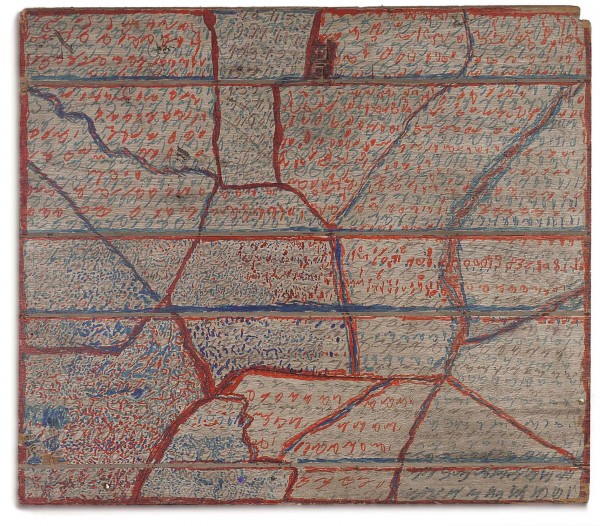 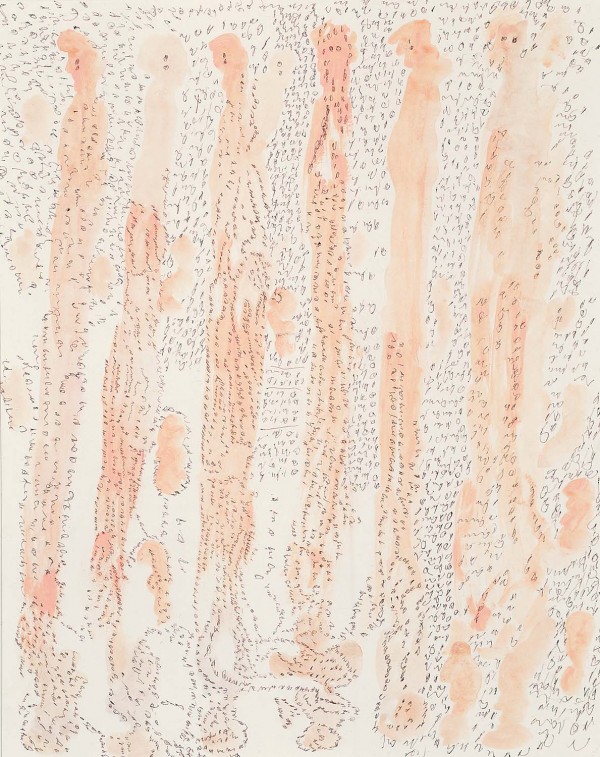 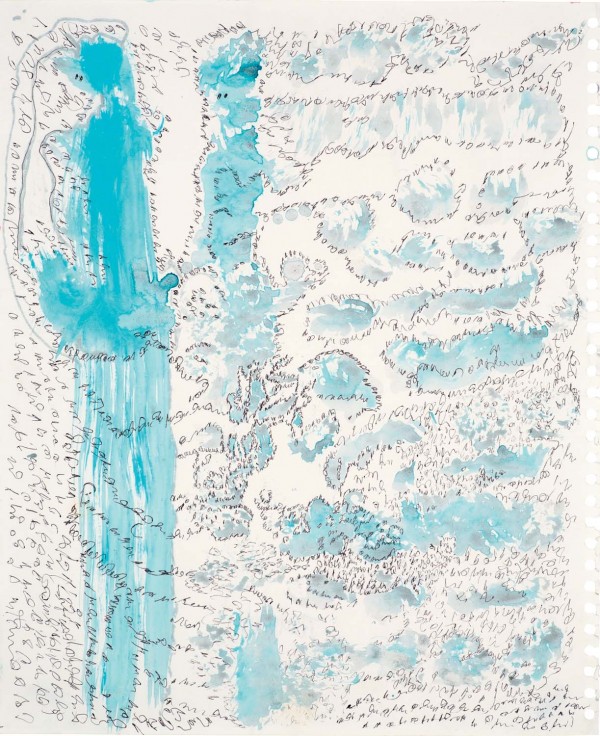 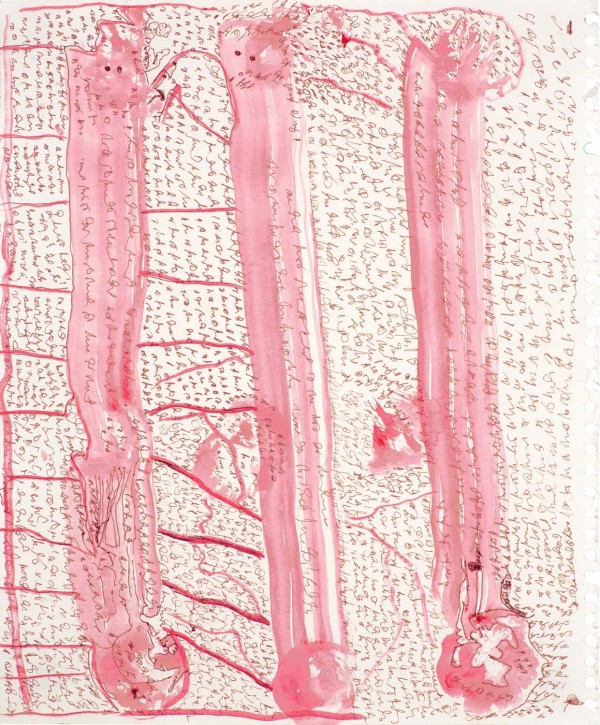 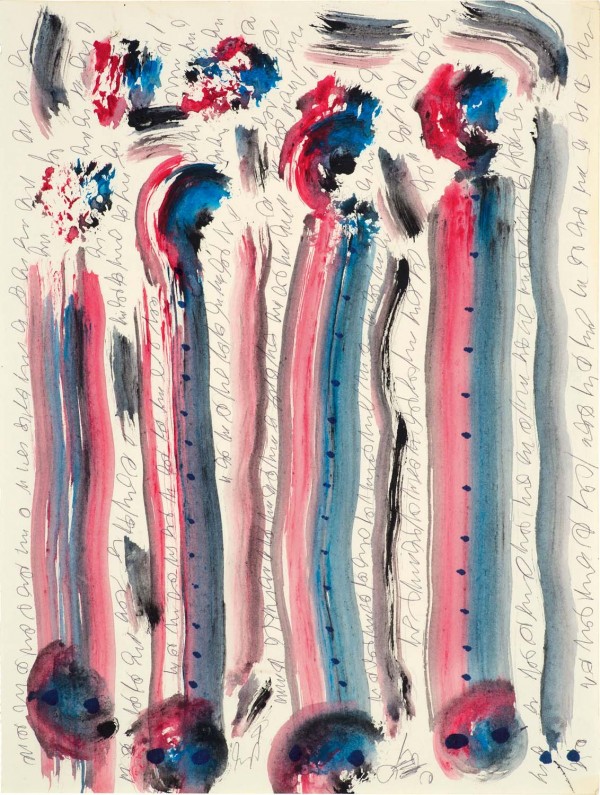 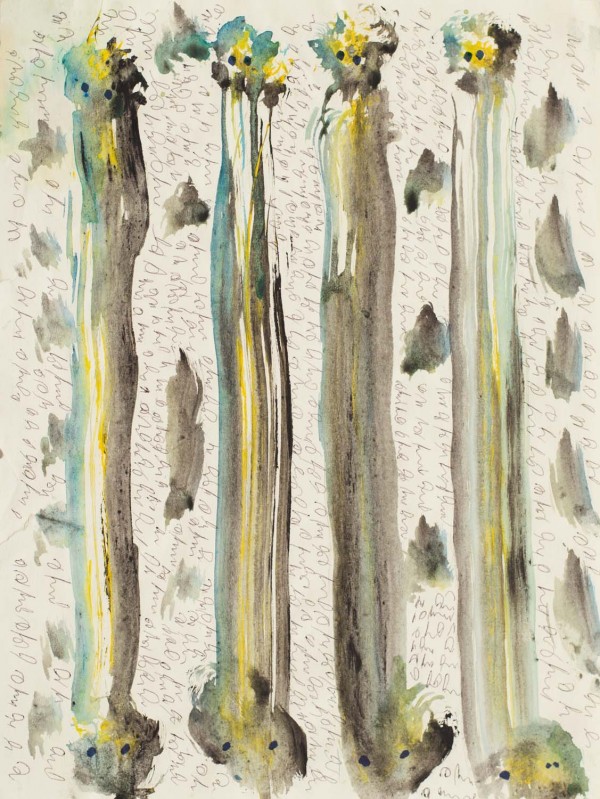 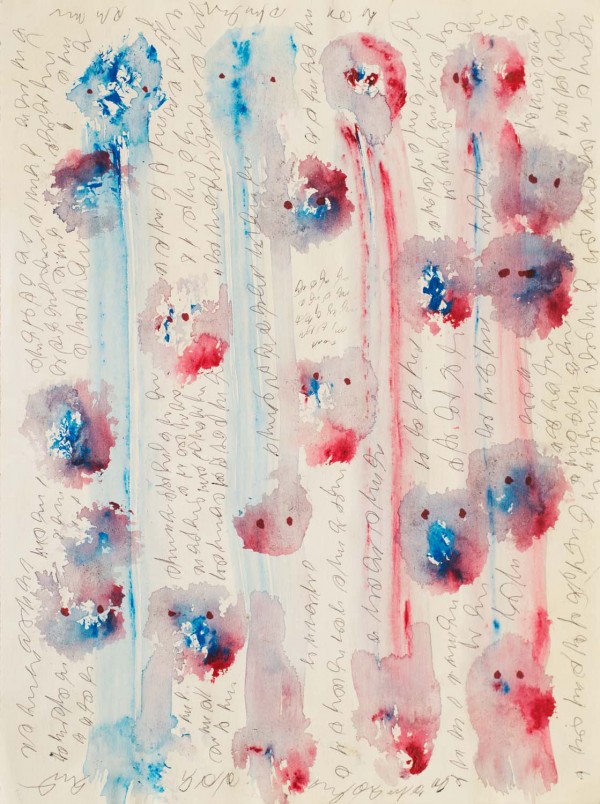 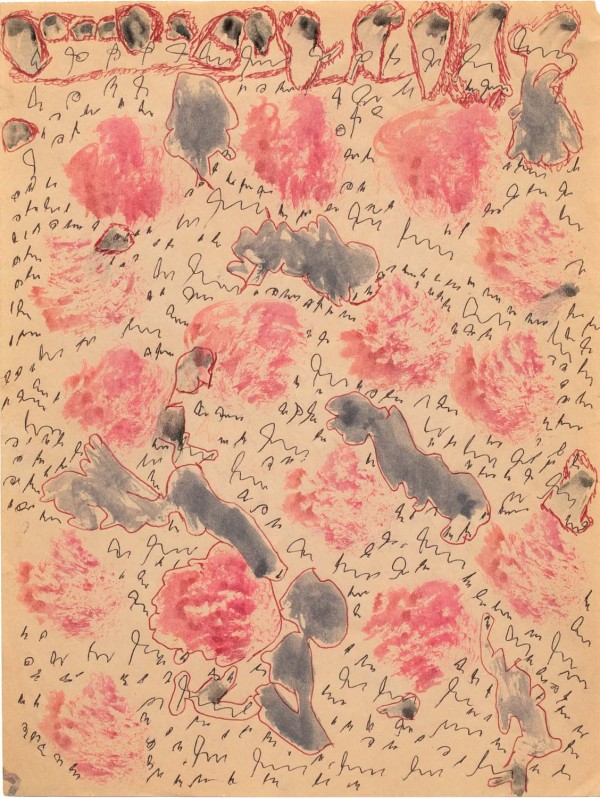 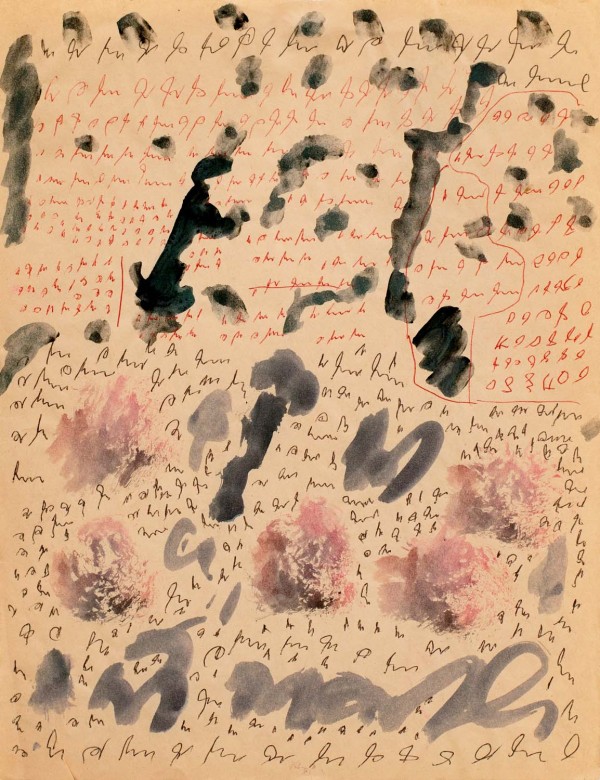 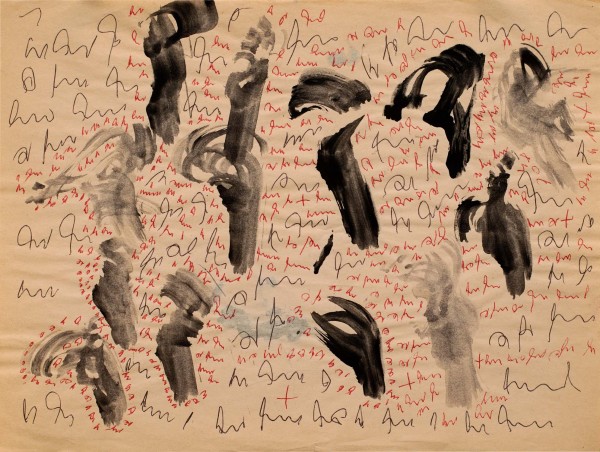 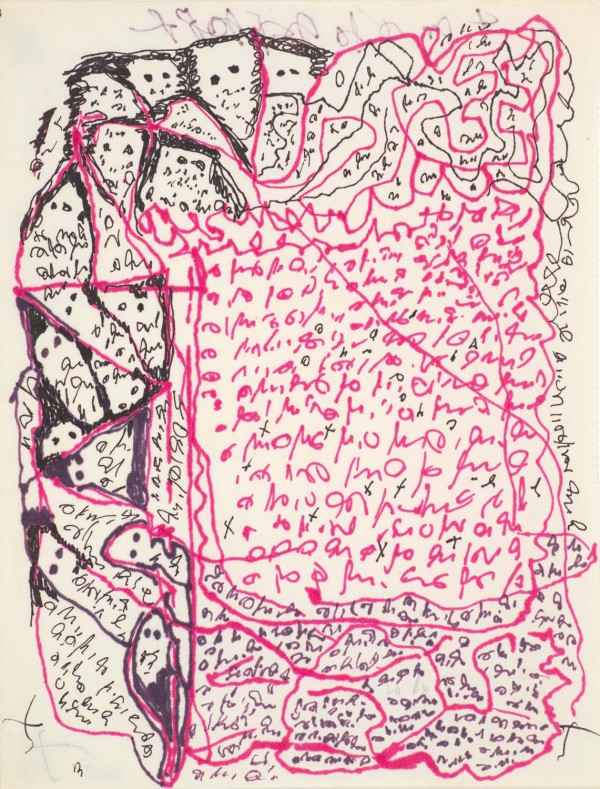 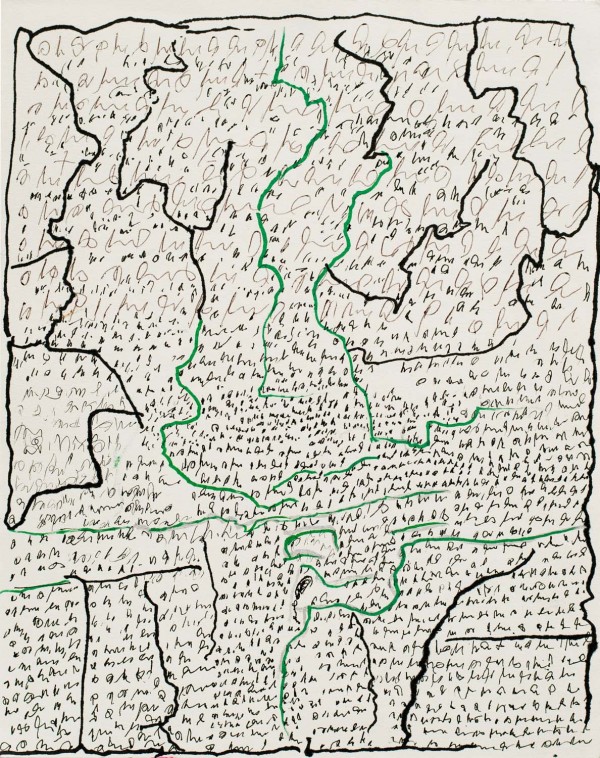 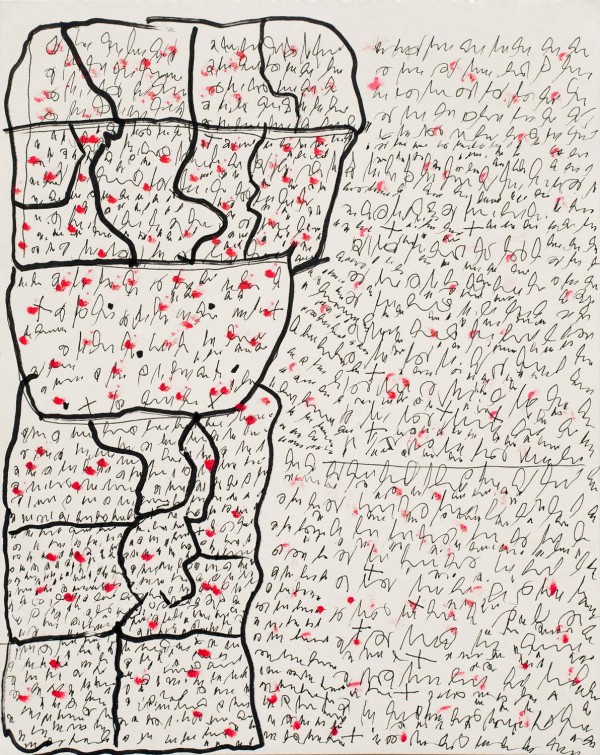 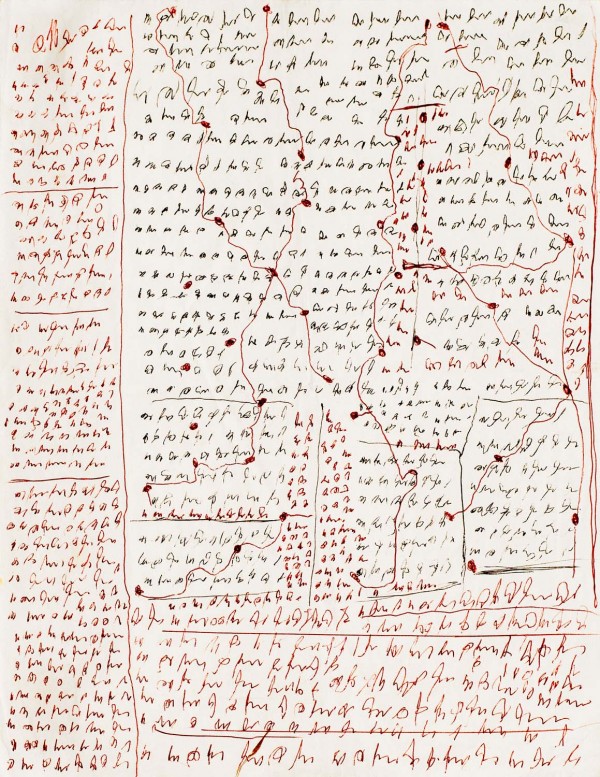 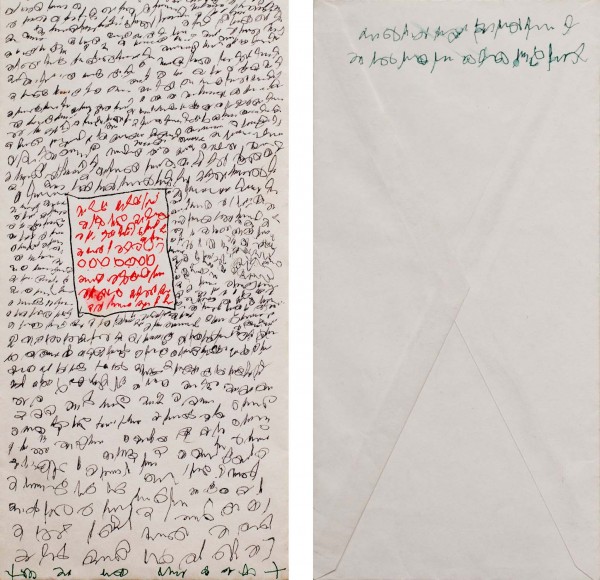 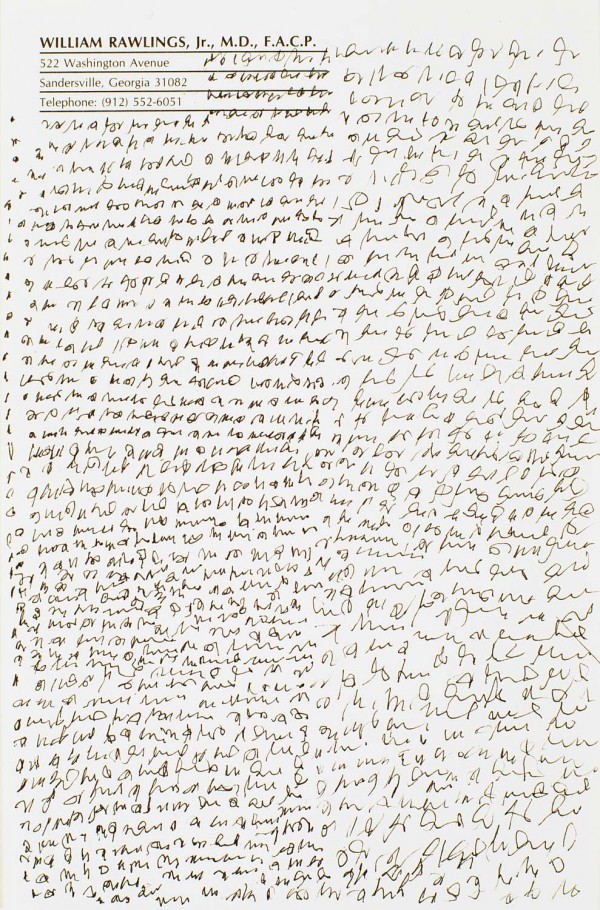 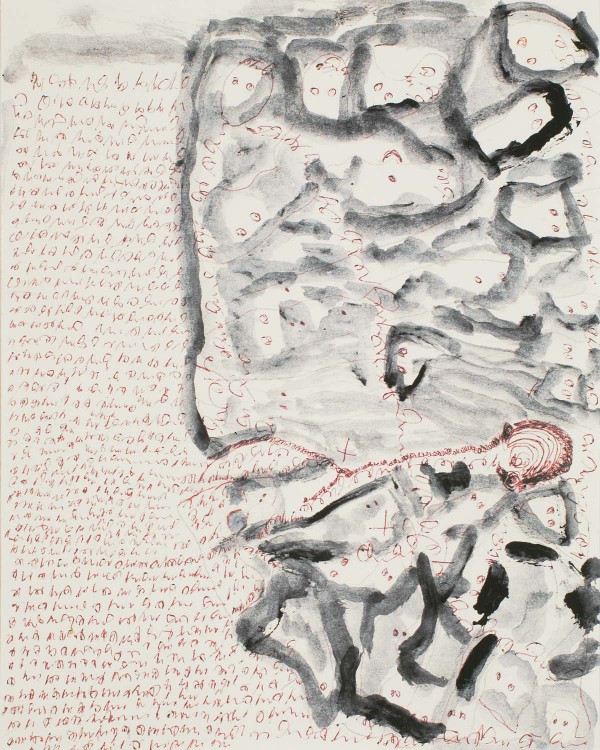 Descendent of slaves, Murray grew up a free man, but in dire poverty. He didn’t learn to read or write, and earned his living as a hired hand on plantations. He was a very religious man. He married in 1929 and eventually produced  11 children, but he left his wife in the late 1950s and settled down in an isolated cabin with just the most rudimentary amenities. After a mystical experience in the 1970s, he decided to express his faith through drawings and writing. His pictures contain both written symbols as well as totemic figures from voodoo. The texts, which were dictated to him by God, can allegedly be read only through a bottle filled with “holy” water from his well. His central motifs are good and evil, heaven and hell.