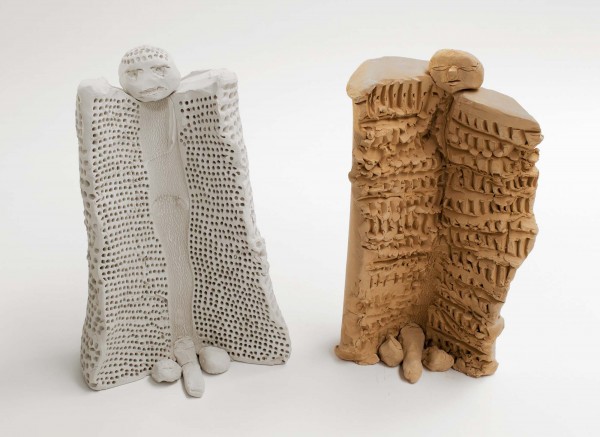 Suffering from congenital deafness, Christian Michaud was raised by his mother until the age of three, then placed in an orphanage. He went to school in a specialized institution for the hearing-impaired. At seventeen, he learned the trade of a painter and passed his certificate. But his psychological state deteriorated and his family was forced to have him committed for the first time in 1969. From 1970 to 1995, he returned to his mother and worked occasionally. Having serious difficulties in adapting himself, he was placed in the home Le Lauragais in Mons, where he now seems to live more peacefully, although very isolated and without financial autonomy. There he produced three beautiful unique works in clay: “figures-books.”