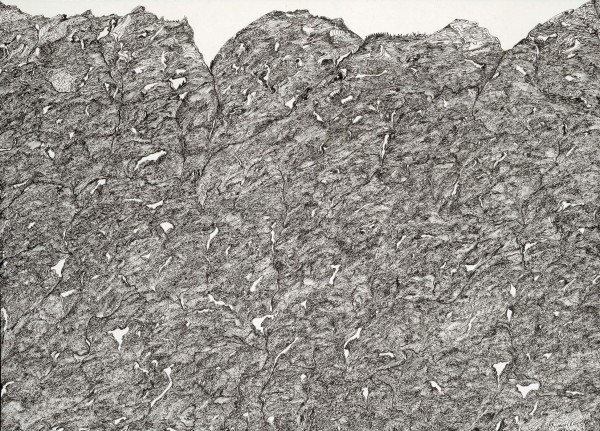 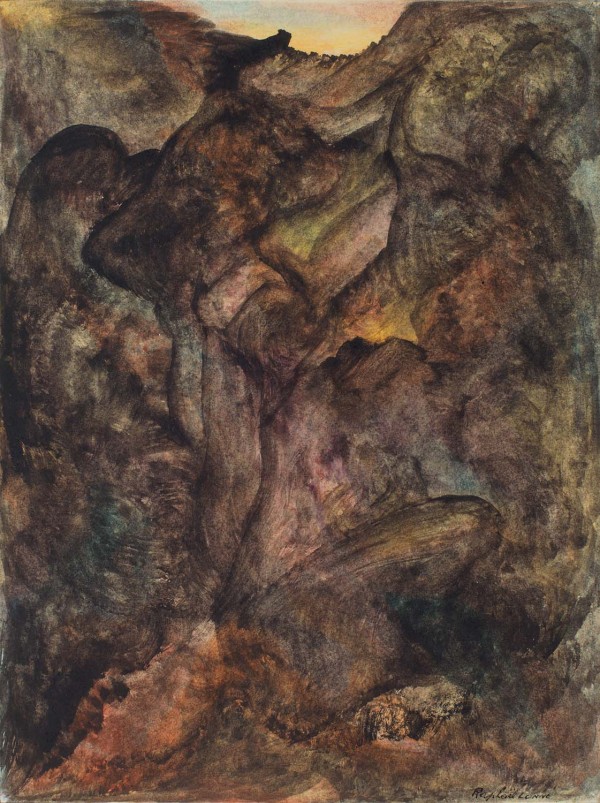 Fragile and sensitive child, Raphaël Lonné left school at twelve. He held various jobs: tramway conductor, caretaker, handyman at the hospital, and eventually became a postman. At the same time,  he developed a passion for poetry and music, which earned him the ridicule of his colleagues. In the 1950s, he discovered his artistic abilities during spiritualist séances. Guided by his hand, he worked in a trance. His first drawings combine writing with human and animal figures. Over time, his work became increasingly abstract.