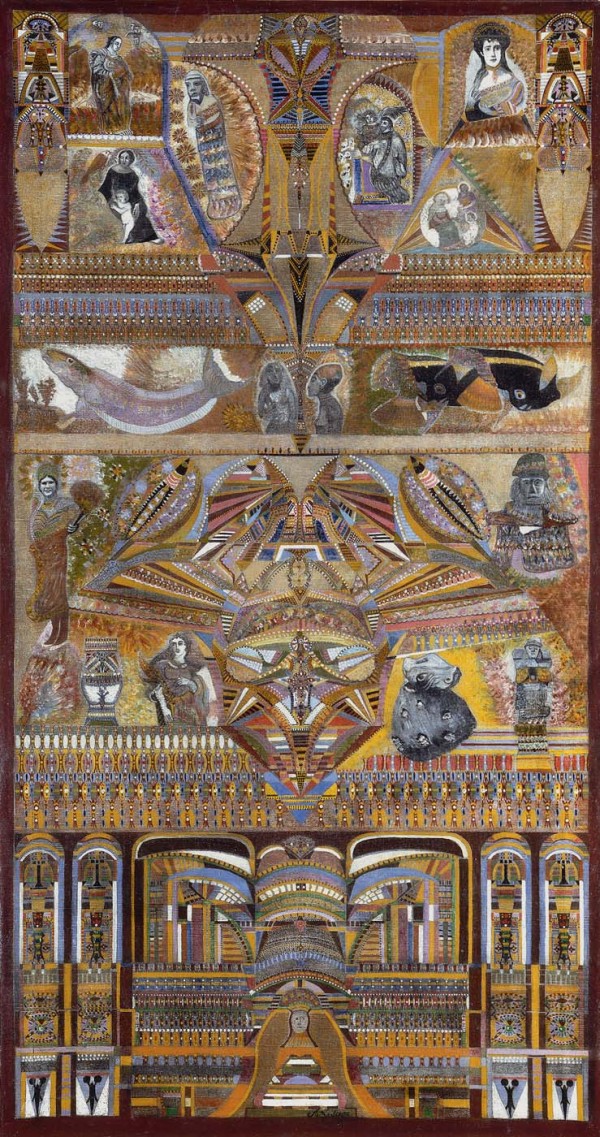 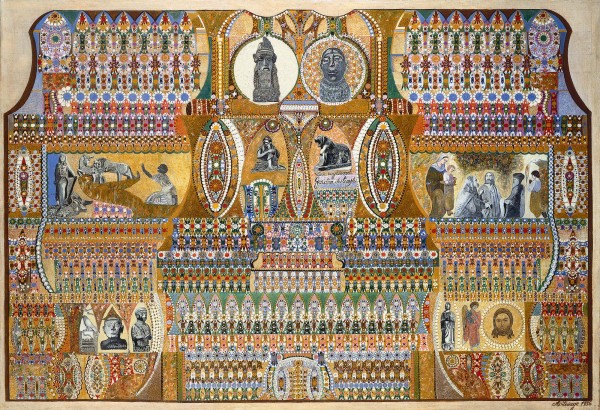 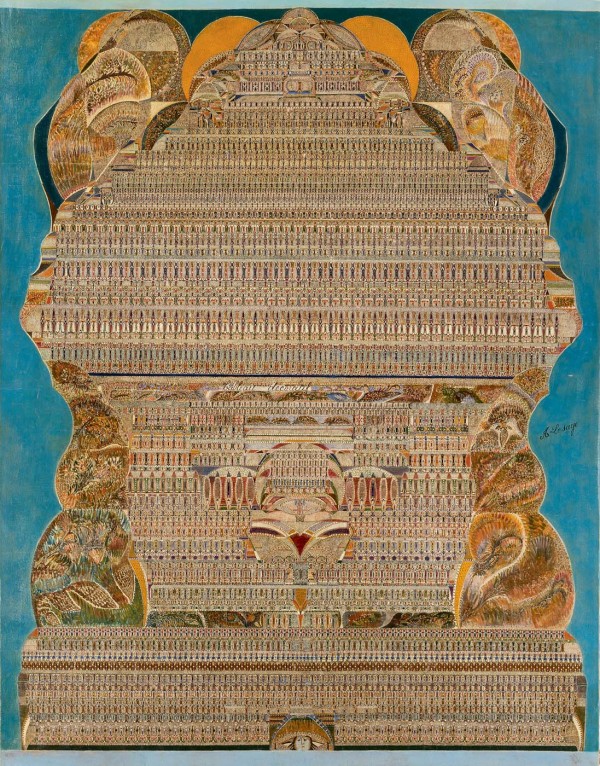 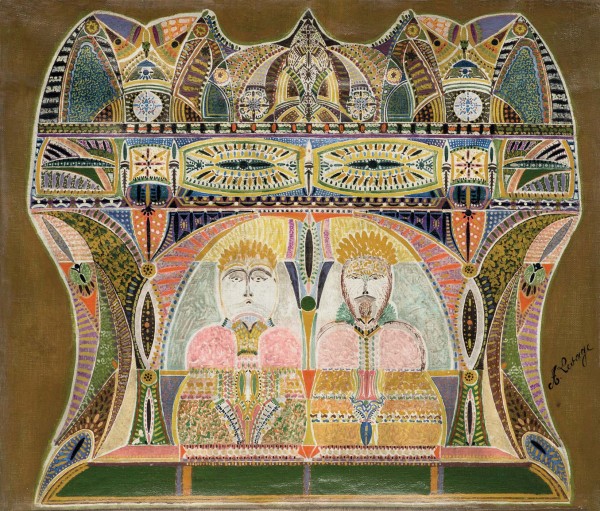 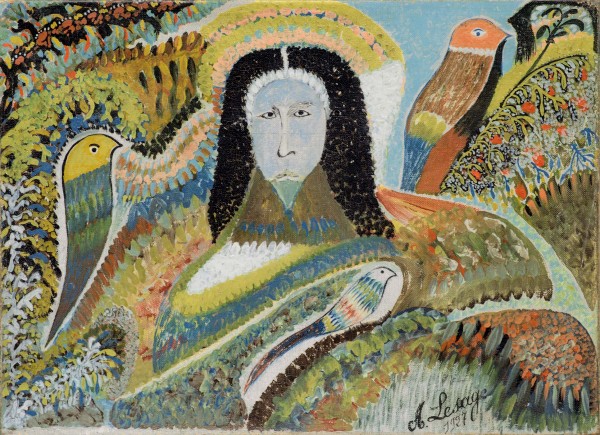 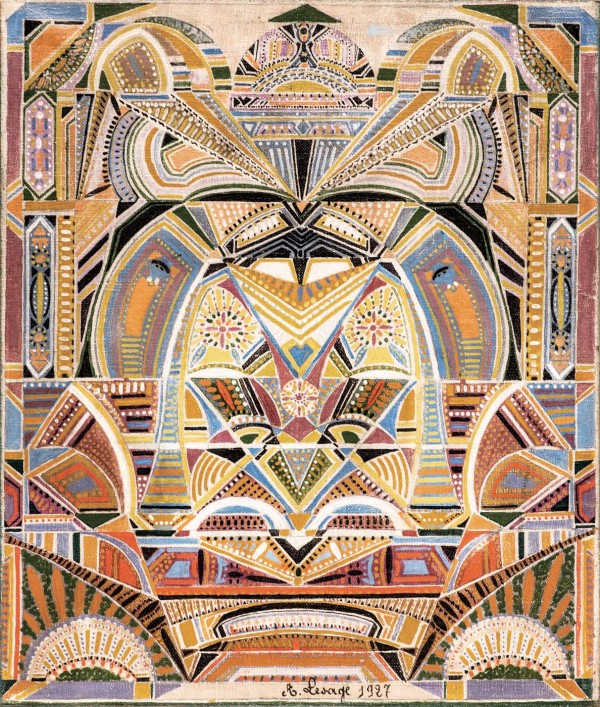 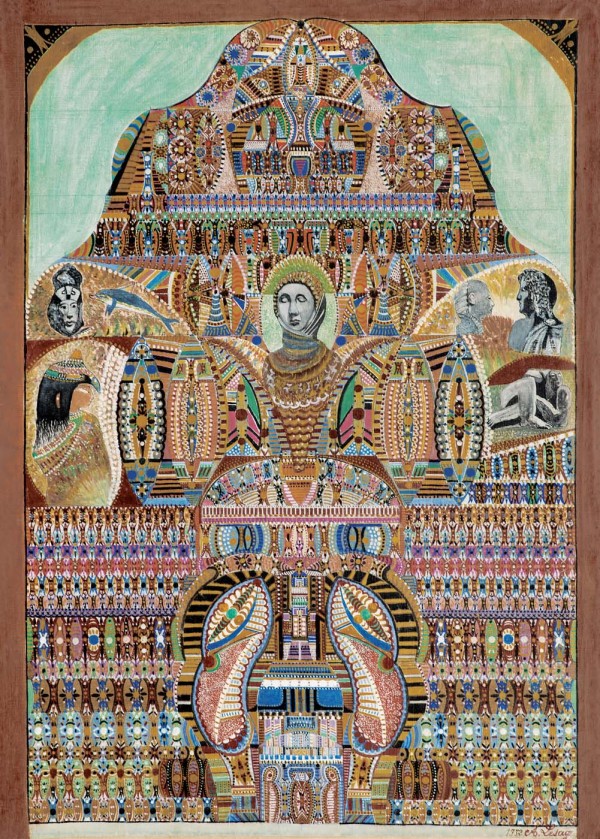 In 1911, the miner Augustin Lesage heard in the depths of the mine a voice telling him that he would be a painter. This vocation was further confirmed during a spiritualist séance in which he took part. Shortly after, he began to work on a huge canvas (9 m2), to which he devoted all his spare time for more than a year. He believed that his works were dictated by the spirit of  Leonardo da Vinci, and Marius of Tyana, deformation of Apollonius of Tyana or double of Marie, his little sister who died at the age of three. It was only later that Lesage agreed to sign his work. “My guides tell me: ‘Do not try to understand what you’re doing.’ I surrender to their impulse.”

From 1923, Augustin Lesage dedicated himself exclusively to painting. His meeting with the Egyptologist Alexandre Moret engendered in him a passion for ancient Egypt, and he declared himself to be the reincarnation of an artist at the time of the pharaohs. Having achieved a certain notoriety in the artistic community, he exhibited and sold his paintings. While his work — mostly anthropomorphic architectures — was highly inventive until the early forties, it gradually lost its strength to become purely decorative.