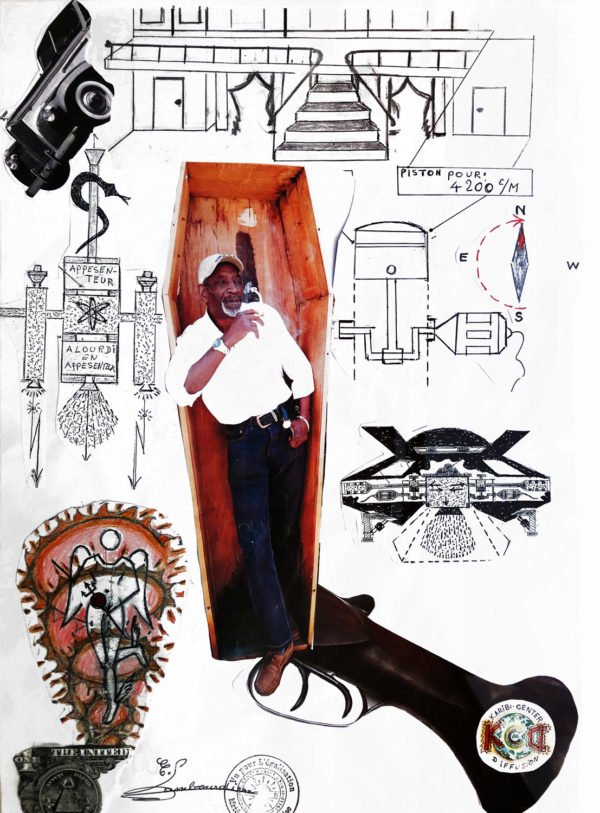 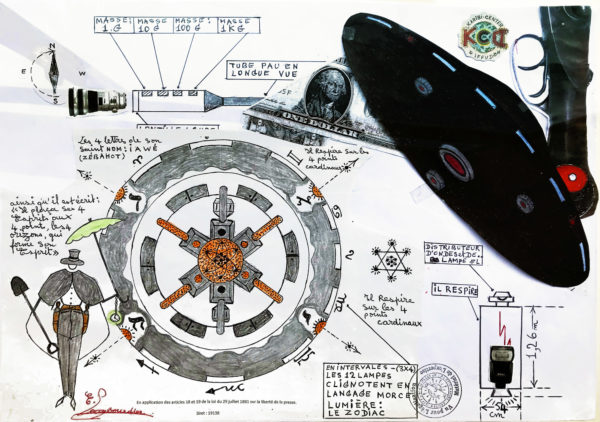 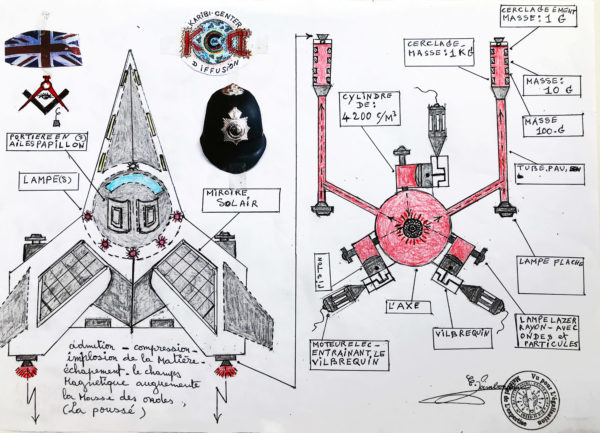 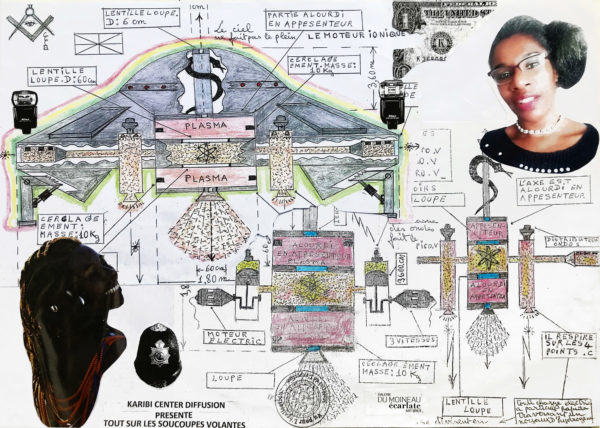 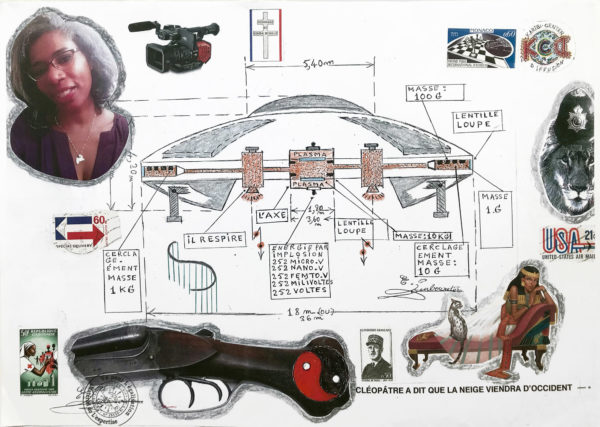 Maurice arrived to Paris with his parents at the age of eleven. For 35 years, homeless, he has alternated temporary shelters, squats and the street. Lately he has been staying with the gallery owner Eric Gauthier who discovered his work in 2017. Maurice is an inventor; he does not consider himself an artist. He creates mostly plans and views of identified flying objects, drones whose engine power is limitless, as well as the mechanical parts that constitute them. The field of his inventions covers all areas of human knowledge, from medicine to astrophysics. In his drawings and texts, he also gives answers to great mysteries such as the Bermuda Triangle, the cycle of the universe or the fourth dimension. His personal mythology integrates the physics of esoteric, Freemasonry elements and refers to the sacred texts of the Bible, the Koran and the torah. Over the years his work has evolved; today he is passionate about collage, which allows him to add elements of the surrounding reality to his creations. Photocopy remains his tool of choice, each becoming a new matrix on which he can re-intervene endlessly, enriching it with new elements.