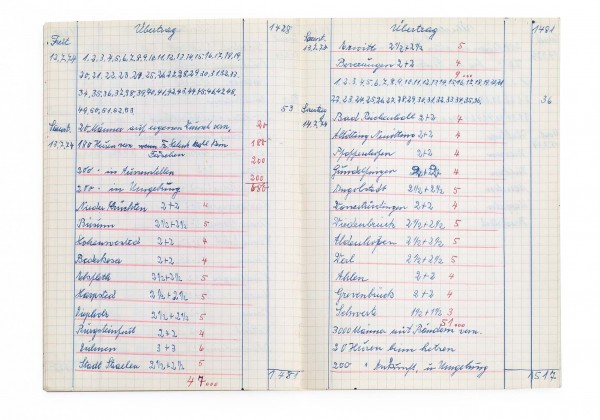 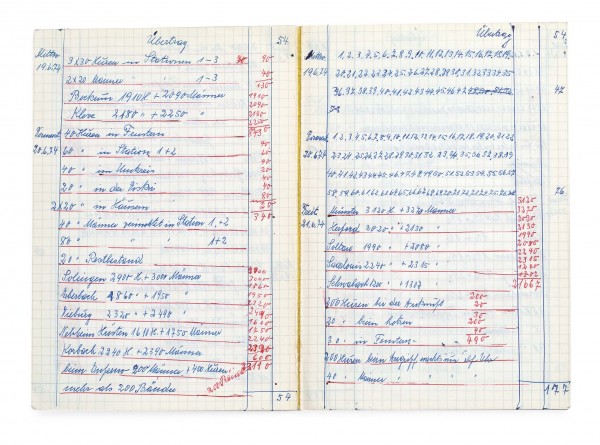 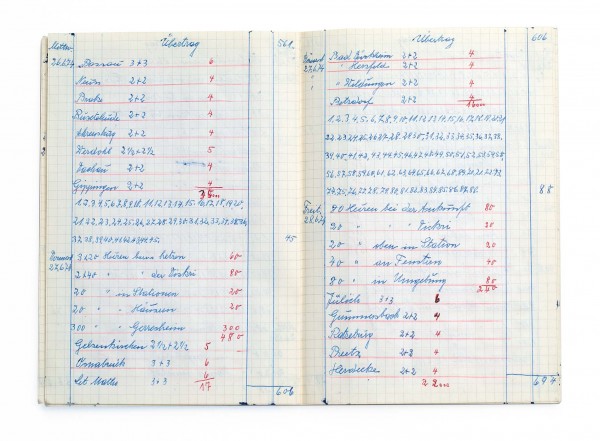 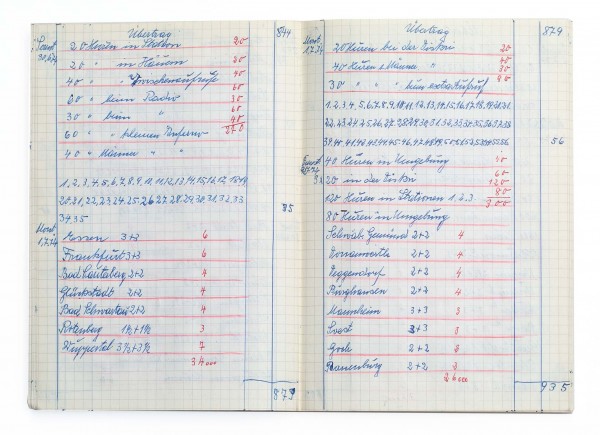 Little is known about Helmkamp’s life before her hospitalization, except that after learning of her husband’s sexually transmitted disease she became convinced that prostitutes are the source of all disease and the scourge of mankind. Her paranoid psychosis landed her in an institution, where she proclaimed that she could kill by thought alone and began working on a macabre project: she systematically wrote down thousands of names of the men and women she claims to have executed — a list which spreads over several notebooks produced around 1975. She even saved her letter to the Ministry of the Interior, in which she requested to be paid for performing this public health service.