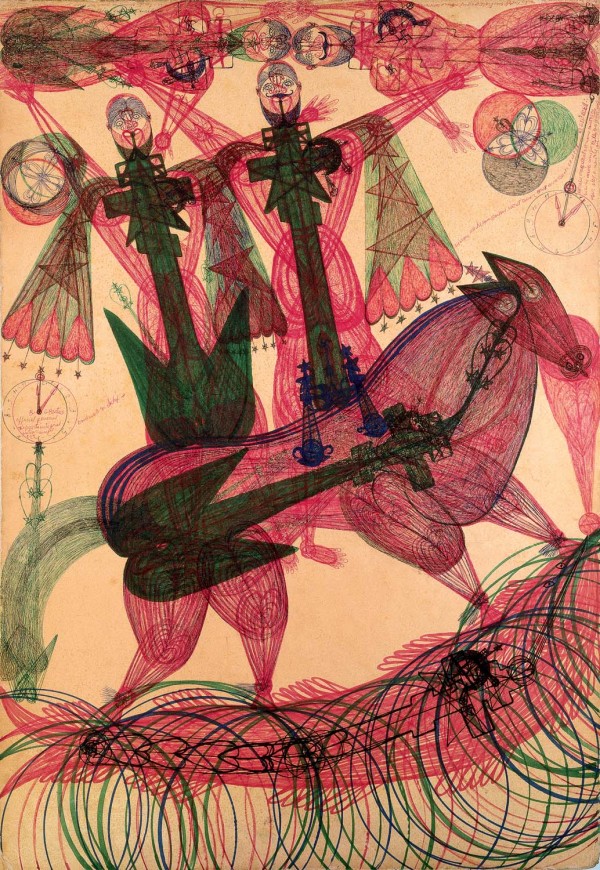 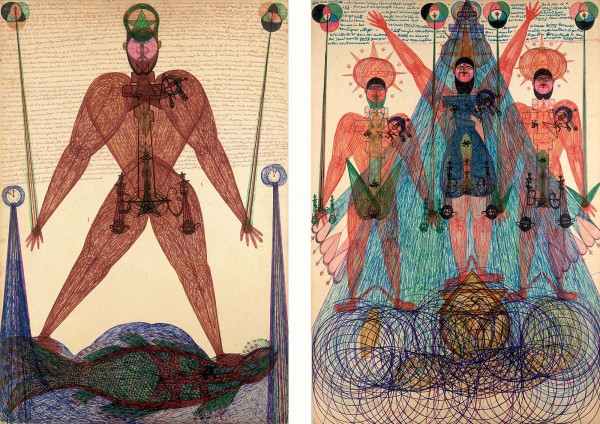 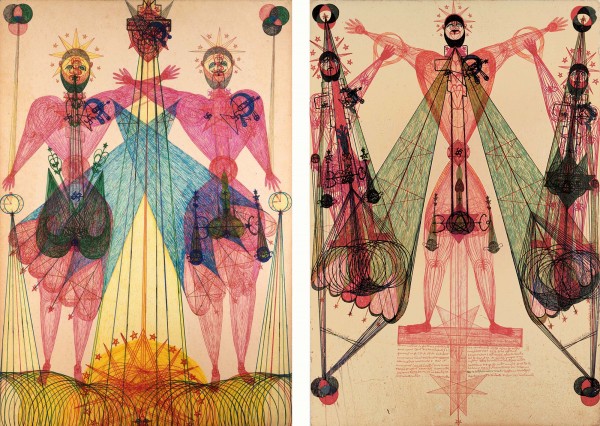 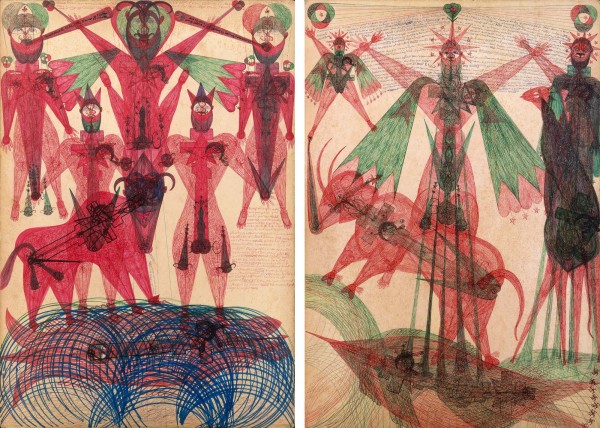 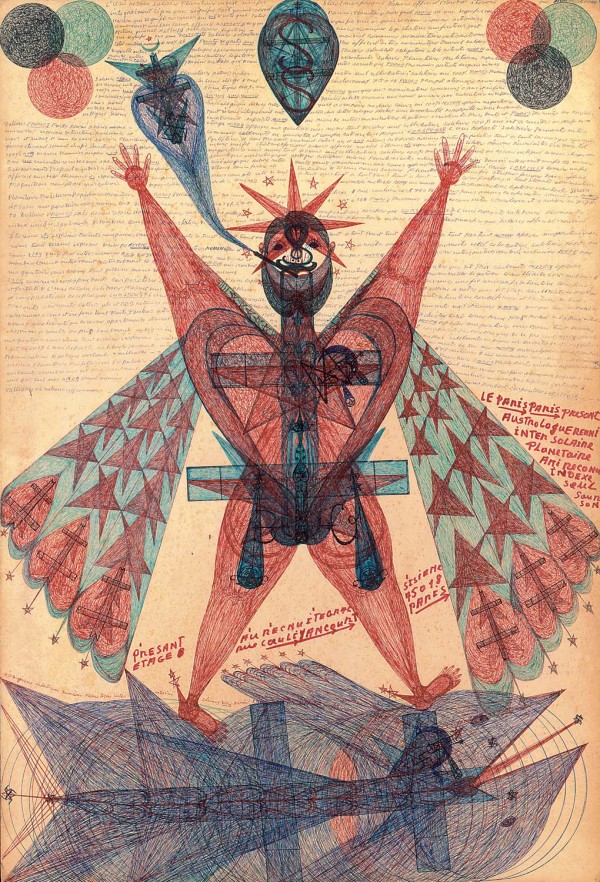 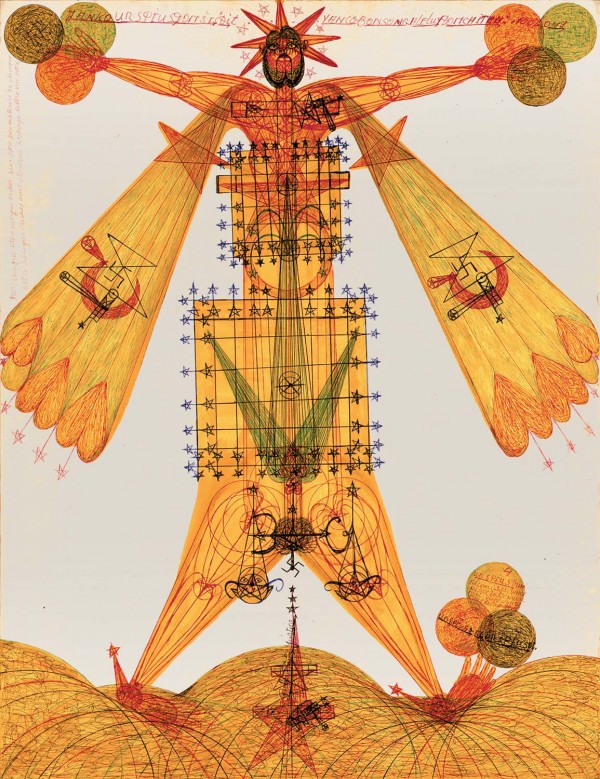 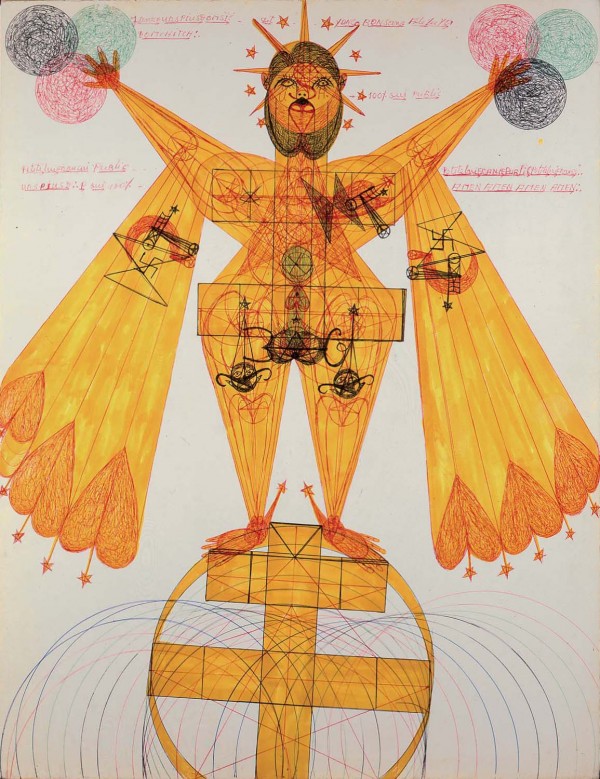 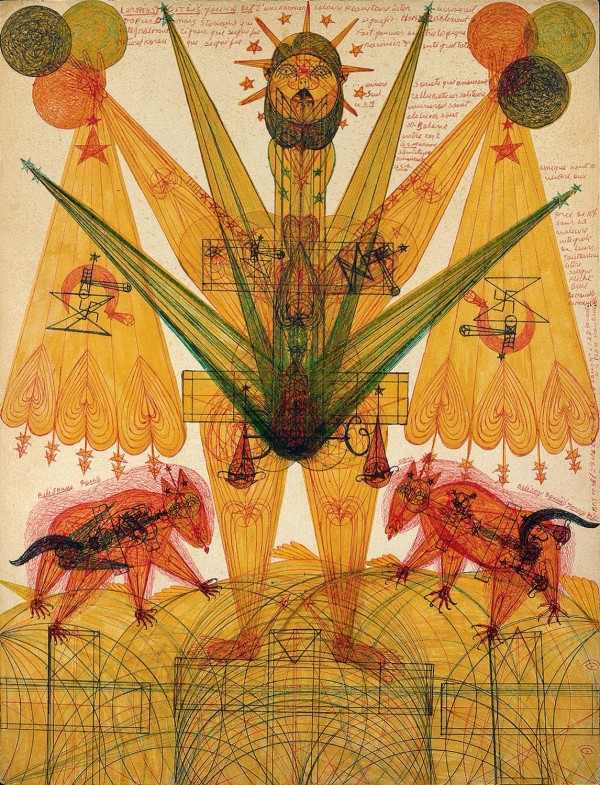 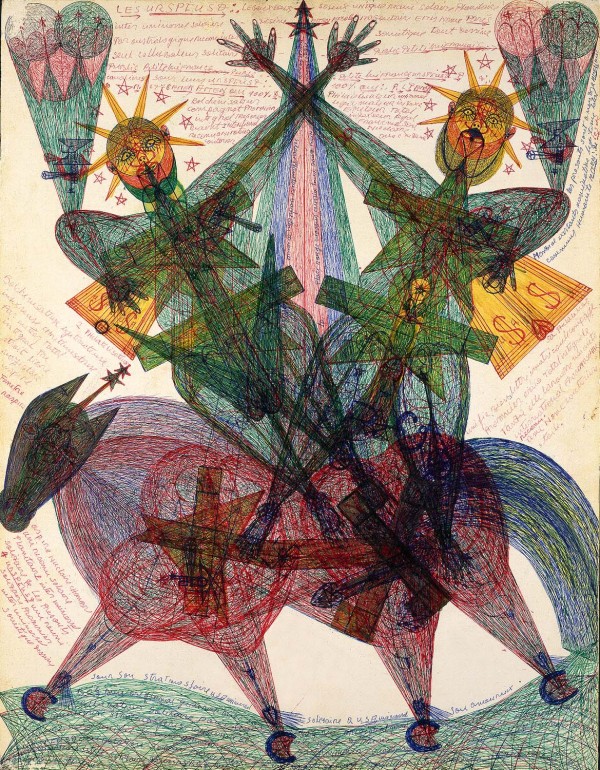 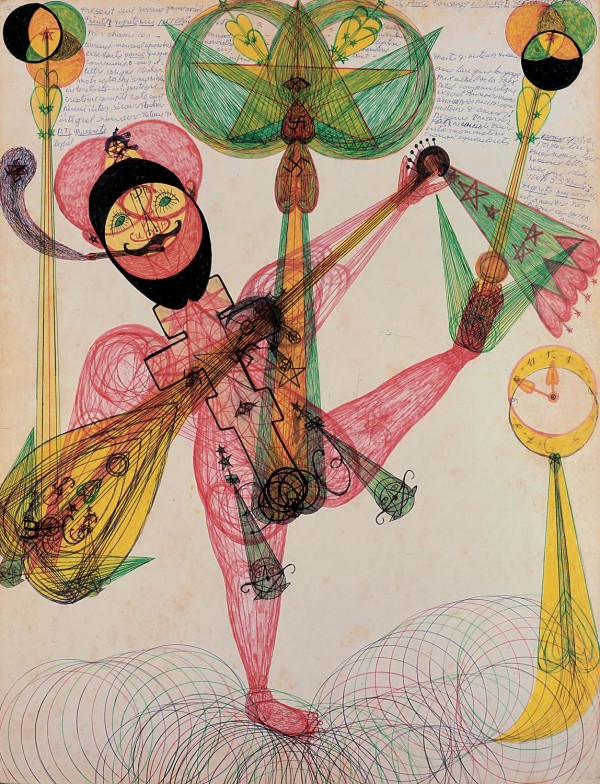 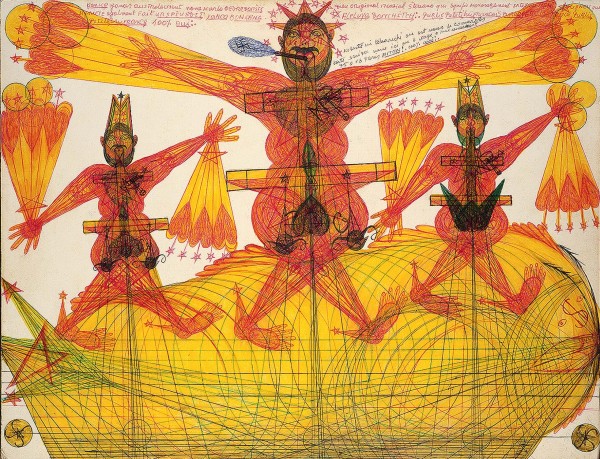 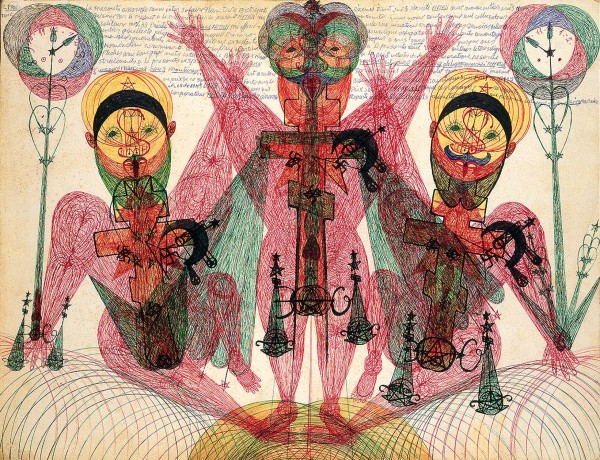 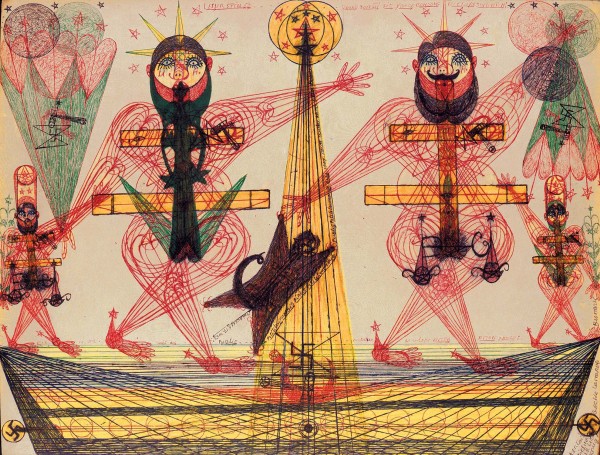 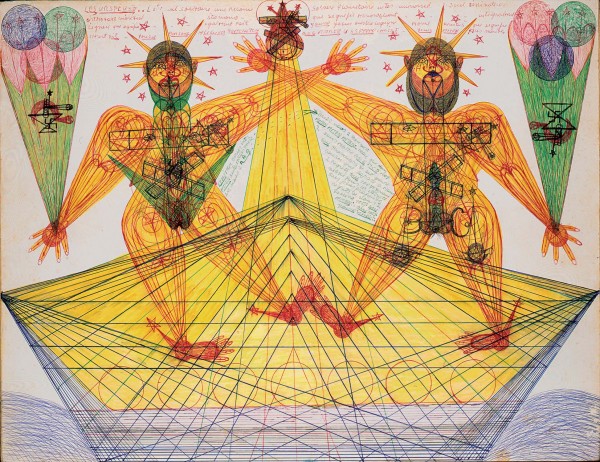 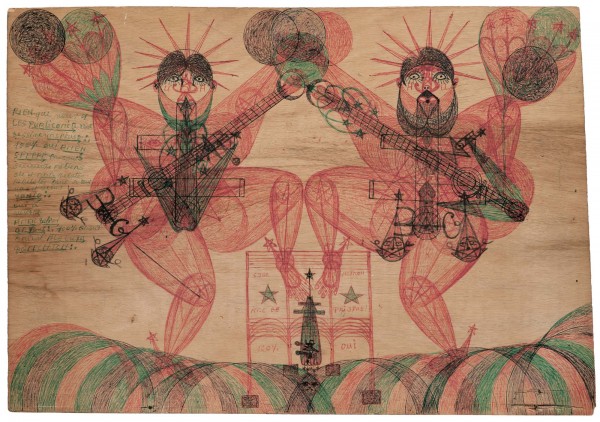 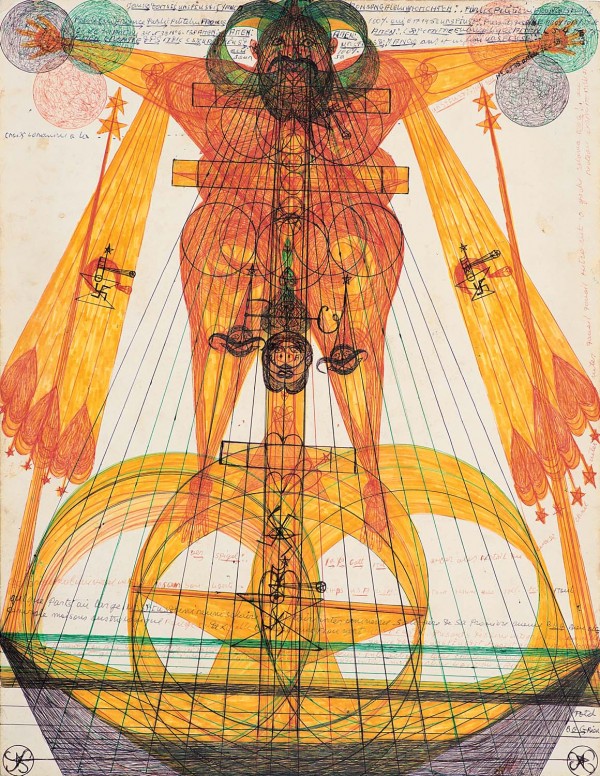 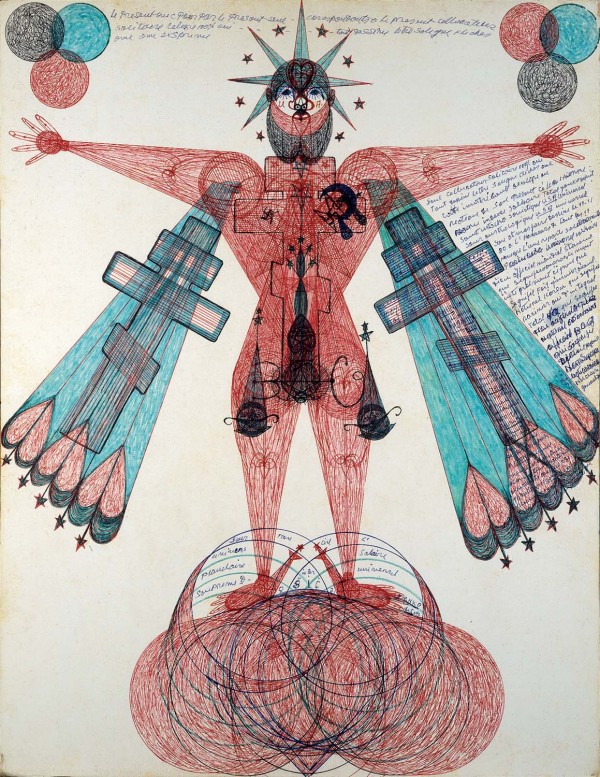 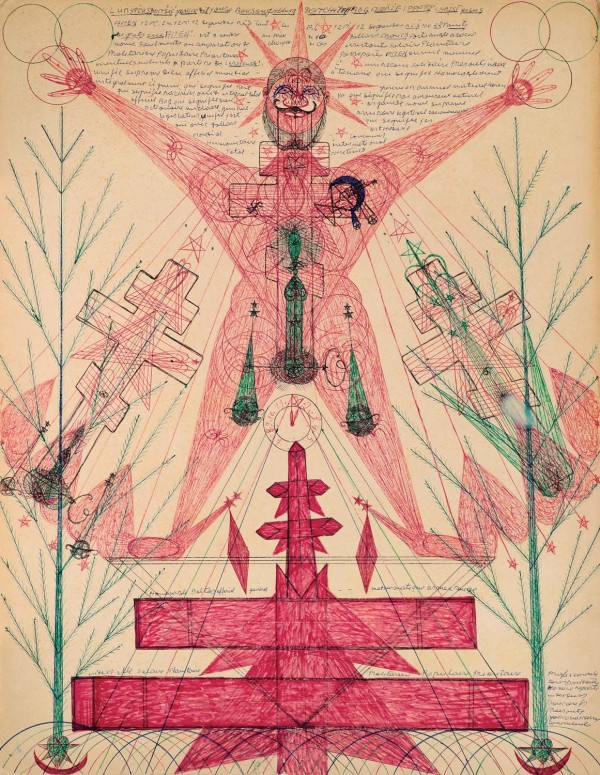 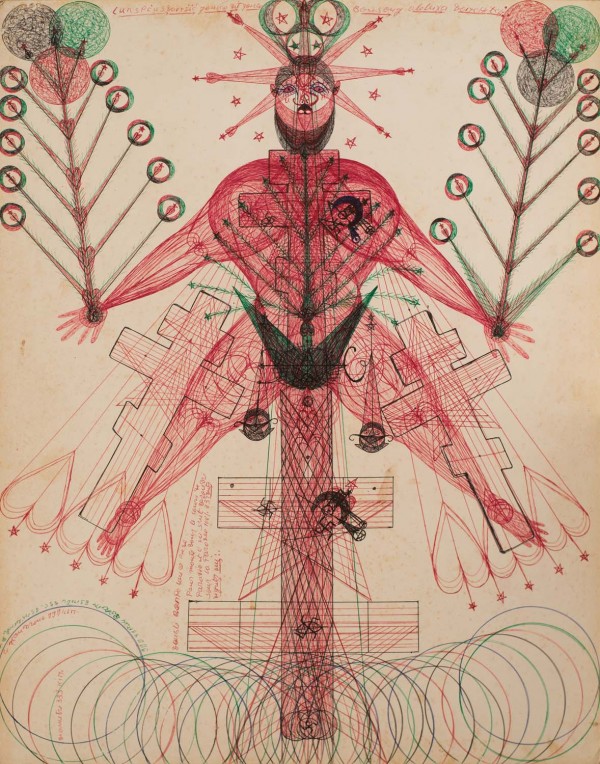 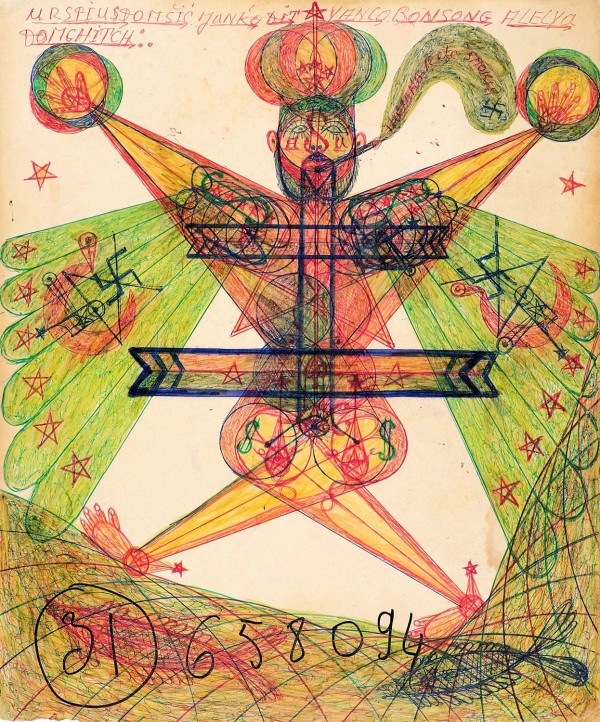 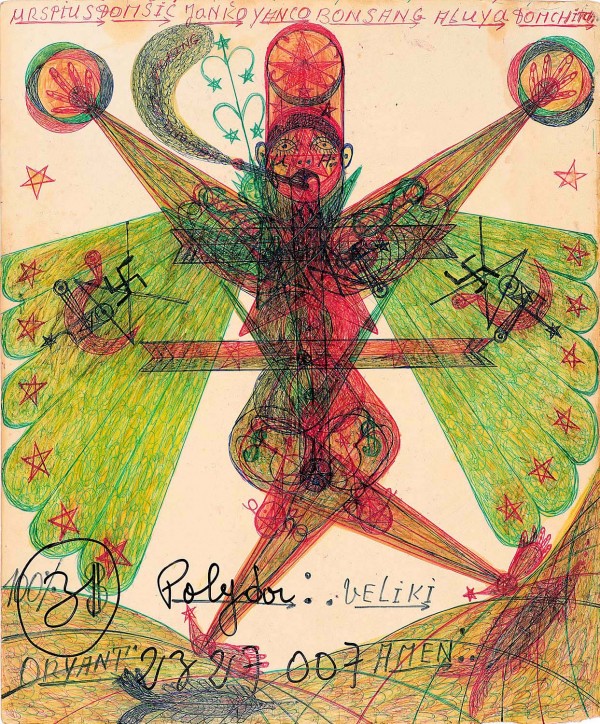 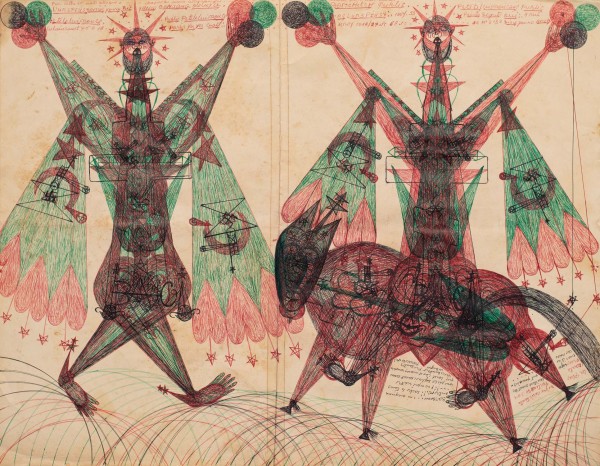 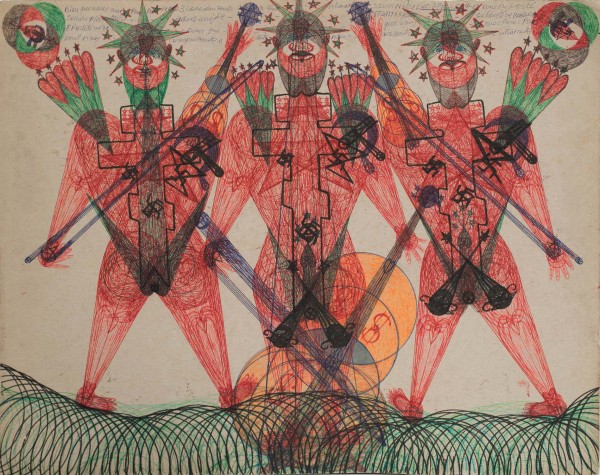 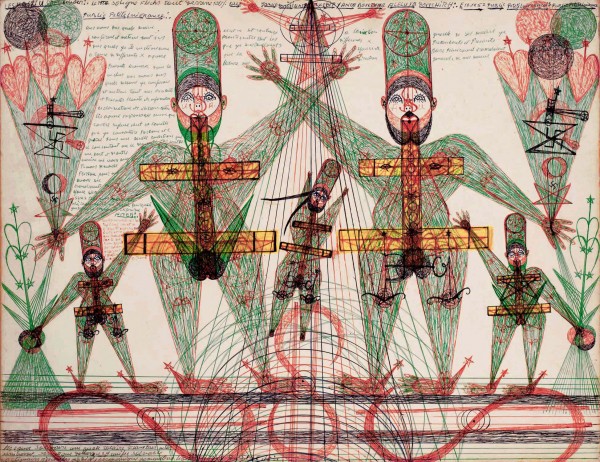 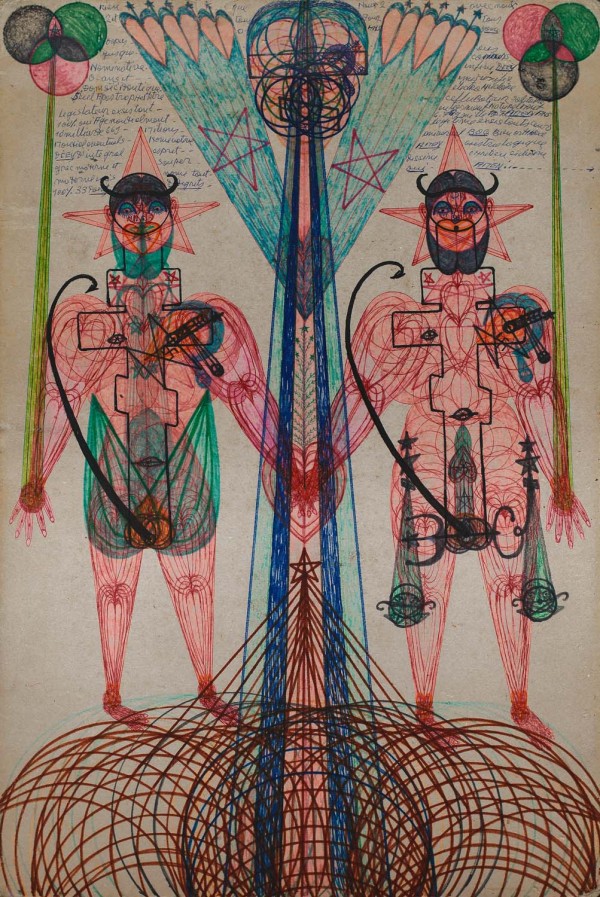 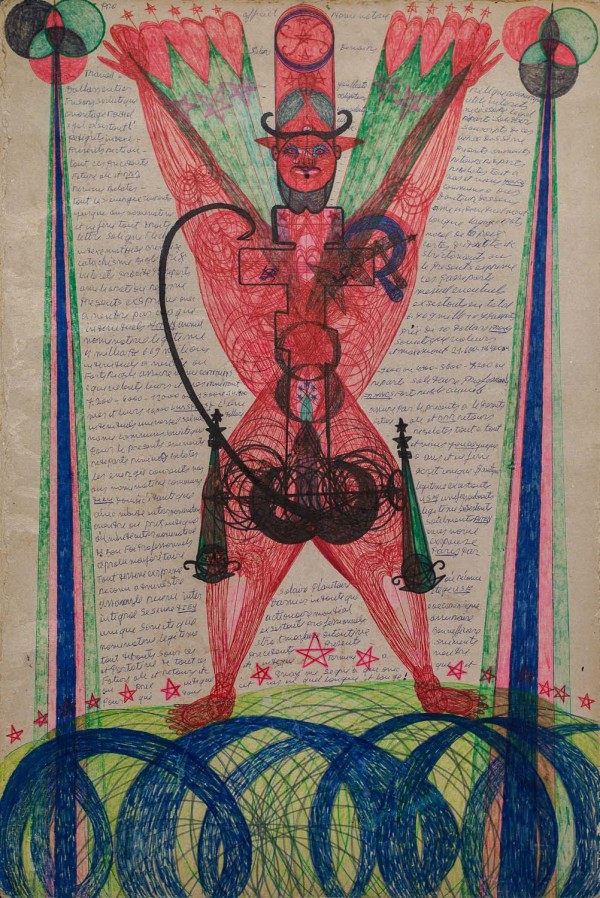 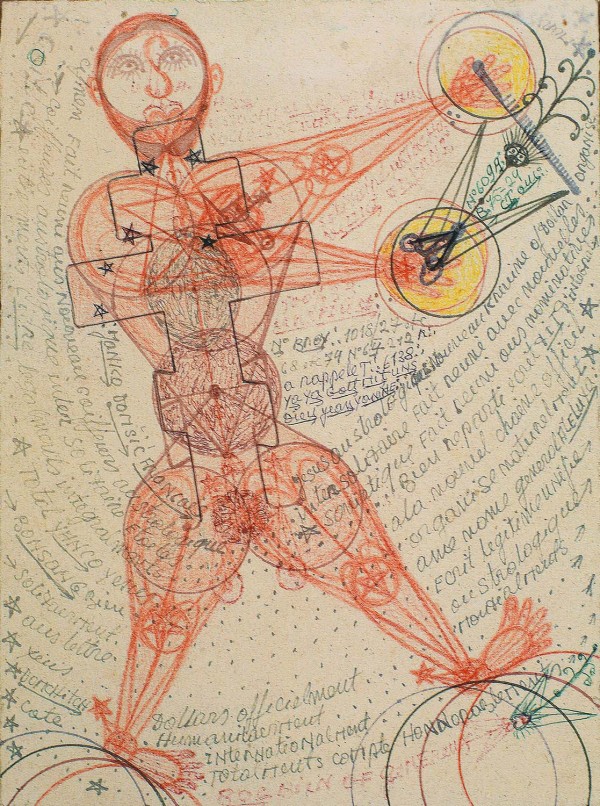 We know almost nothing of eitherJanko Domsic’s life before his arrival to France in the 1930s or of the circumstances that led him there. He would have received basic education, spent some time in prison, lived in Toul (?) and worked on the construction of a railroad. In Paris, he lived in poverty, occupying a part of a corridor in a modest building near the Place de Clichy. In conflict with the Social Security about his pension, he also blamed some people for having stolen his writings. His drawings, in colored pencil, ballpoint pen and felt-tip pen, combine geometric figures and texts, mixing French, Croatian and German, which list bits and pieces of his life, excerpts of Nazi songs and take God as the central topic; his lexicon refers to mystical ideas, the moral code of Freemasonry, but also to the economy. Strong graphic symbols – the pentagram, swastika, the symbol of the dollar, the sickle and hammer, the Orthodox cross, and rays coming from heaven – structure a production that is voluntarily encoded by the author, and which emanates a sense of power as enigmatic as it is fascinating.