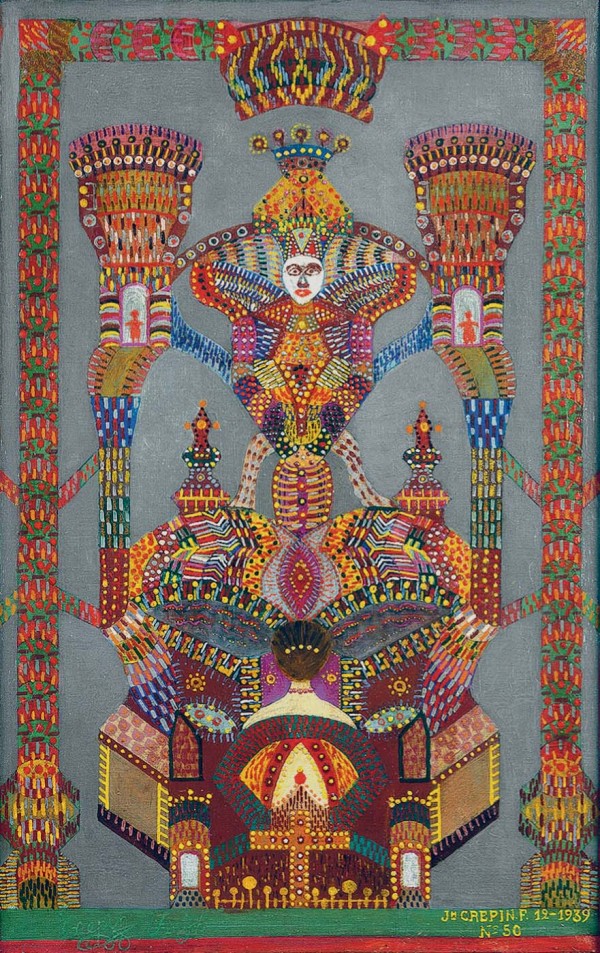 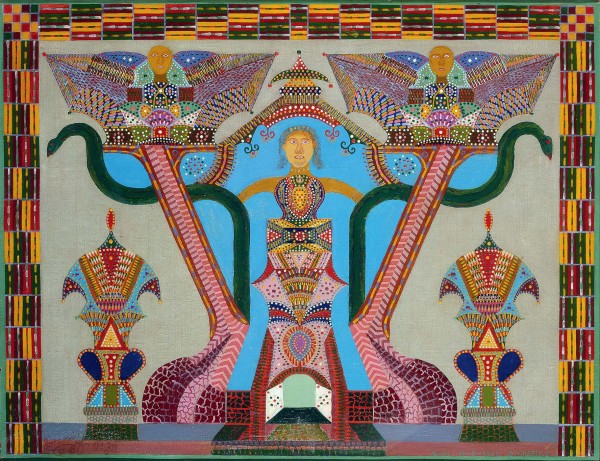 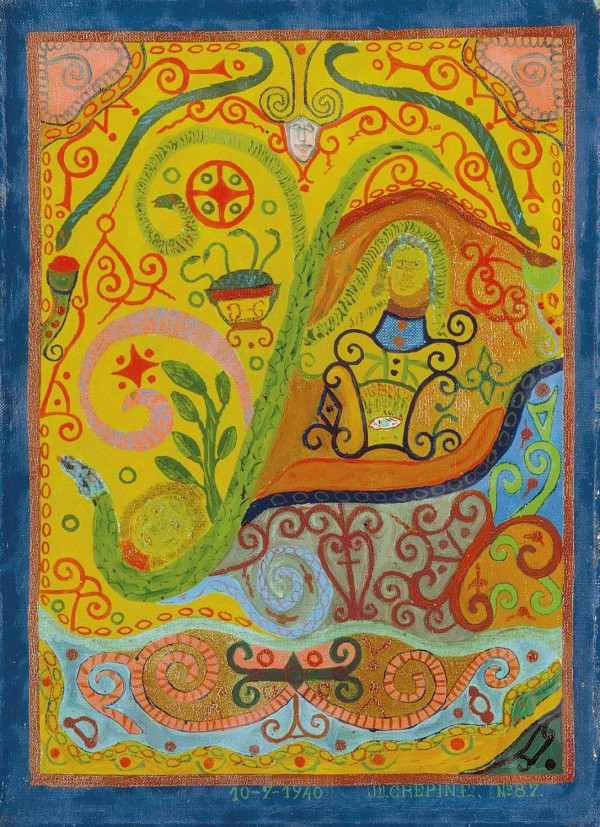 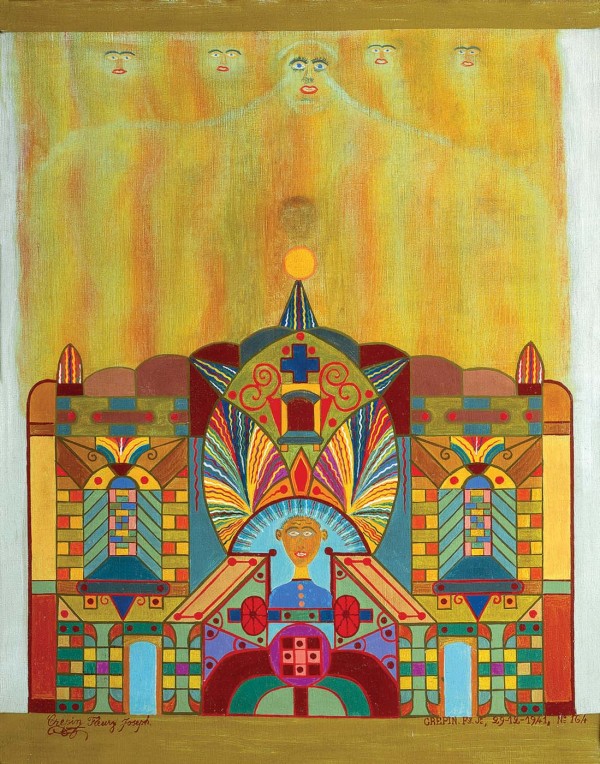 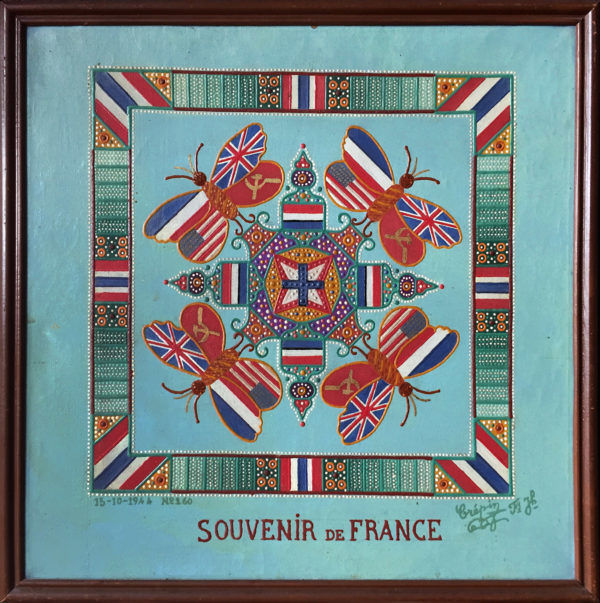 Married with two daughters, Fleury Joseph Crépin was successively a well digger, plumber and ironmonger before starting his own company. In 1930, he met the medium, painter and psychic Victor Simon, who initiated him to spiritualism. The following year, he became a healer, capable of curing people through telepathy and at long distances. In 1938, while copying a music score in a school notebook (he was always passionate about music), he made his first improvised drawing, his hand guided only by the symmetry of the grid. Inspired by his guardian angels, in nine years he created three hundred and forty-five paintings – oils on canvas based on sketches, which he transposed and enlarged using a compass, ruler and a meter. With an hypnotic symmetry and an almost mechanical perfection, his architectures are decorated with perfectly calibrated beaded drops, the execution of which followed a technique that remains secret. He was convinced that his paintings could save the world. His prediction that the Second World War would end with the completion of his three-hundredth painting came true.