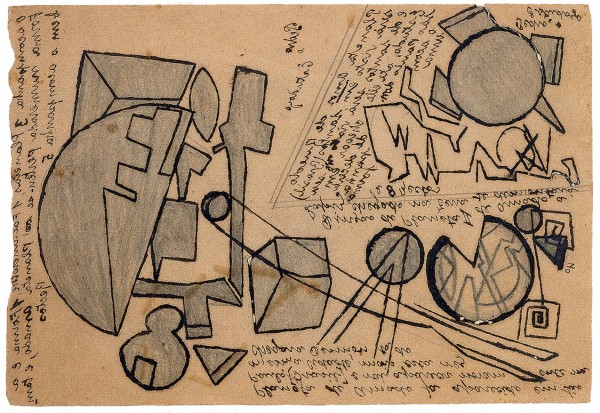 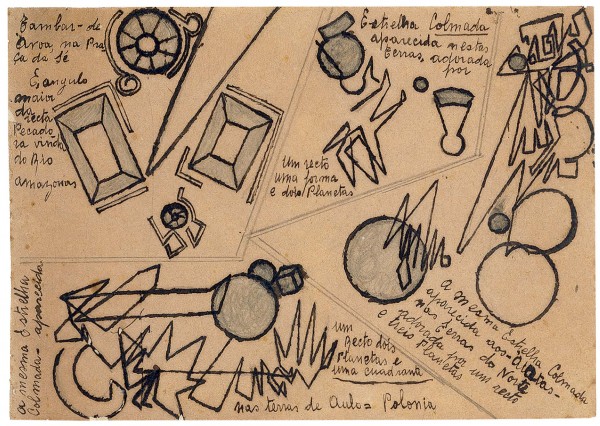 Pedro Cornas, of Spanish origin, worked as a printer before he began suffering from schizophrenia. He was confined to the psychiatric hospital of Juqueri, close to São Paulo, in 1932. There he began drawing. His artistic production, according to him, was supposed to capture the complexity of cosmic and planetary systems. Today it is difficult to estimate the number of pieces Cornas produced as most of them have disappeared.  The aesthetic quality of Cornas’ works led the psychiatrist Osório Cesar – one of the first to consider the “art of the insane” as purely artistic creation and whose presence had a greatly beneficial influence on life in the hospital – to loan eleven drawings (and another seventeen by another patient, Albino Braz) to the “International Exhibition of Psychopathological Art” of 1950, organized by his colleague Robert Volmat in Paris.