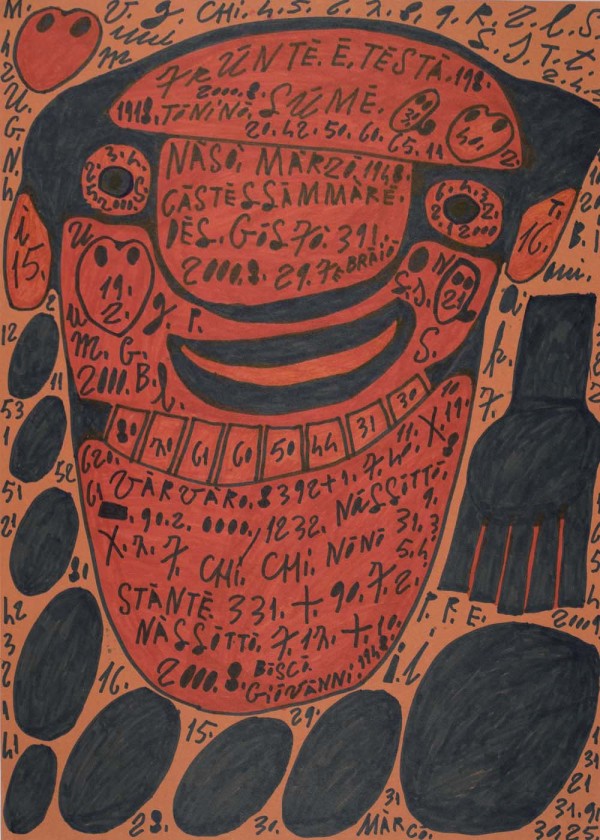 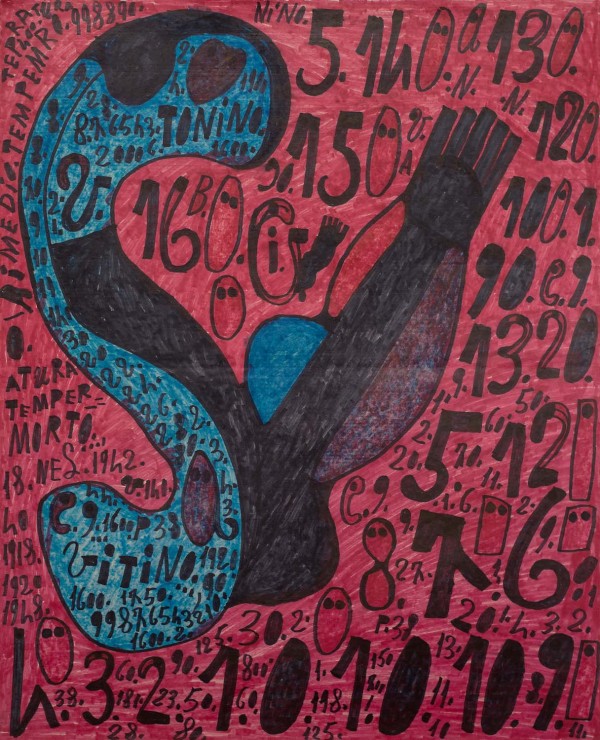 Born into a family of farmers, Giovanni Bosco spent his whole life in Castellammare del Golfo, a small town in Sicily. Having little formal education, he was first a shepherd with his father, who died soon after and a laborer in a marble quarry. Sentenced for stealing sheep, he spent two years in prison, where he learned about the murder of his two brothers involved in a mafia network. Shaken by this event, he spent some time in a psychiatric hospital. Back home, marginalized and alone, he started to paint and draw; but above all, he took possession of the village walls, covering them with hearts, robots, knife blades, android shapes – his favorite themes. He called himself “Dottore di tutto”. From 2007, with the support of a local artist, his work gained recognition that he would enjoy a little before dying of cancer.